Ciao Italia, we are social 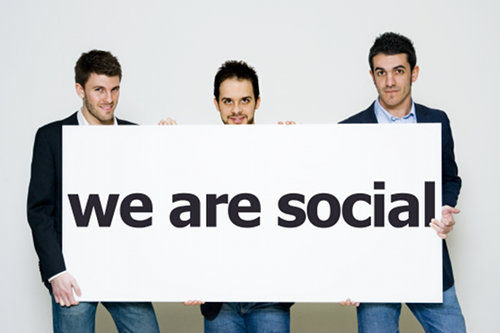 The eagle-eyed among you may have noticed the Italian flag that's appeared today at the top right hand side of our site. This time, unlike the German flag, it signifies more than just a translated version of our website.

About six months ago we were lucky enough to be approached by three charming Italian gentlemen - Stefano Maggi (@stefanomaggi), Gabriele Cucinella (@gabcuc) and Ottavio Nava (@ottavionava) - who were working at Agency.com in Milan, where Stefano was head of Experience Planning and Gabriele and Ottavio led their social media efforts. They liked what we were doing with We Are Social in the UK, and wanted to know if we had any plans in Italy. In depth discussions ensued which revealed, amongst other things, that:

It goes without saying that with offices in London, Paris and now Milan, we now have a hugely increased capacity for international campaigns and the ability to advise our clients on their strategy across Europe. And just as importantly, we're absolutely chuffed to have Stefano, Gabriele and Ottavio on board. With their help and input, it feels like we're poised to take We Are Social to the next level.