Last week, Econsultancy released the 2011 version of their ‘State of Social’ report, first published in 2010. Conducted in September & October 2011 and recruited from Econsultancy readers, the survey asked 1,000 predominantly UK-based individuals working in either client or agency-side for their take on various aspects of social media, from levels of adoption in their organisation to how they measure success.

It’s a pretty comprehensive report and the majority of the results are split so that you can see client-side responses vs those from agencies. As we’ve seen ourselves in the past year, there has been an overall growth in the use of social media across the board, notably in use of Twitter, Facebook, LinkedIn and YouTube; an increasing number of companies putting strategies in place; and a clear recognition of the key role mobile and the use of smartphones is playing in accelerating the adoption of social media by consumers.

The use of Twitter and Facebook for brand monitoring and customer service (vs solely as a marketing channel), has increased in 2011. Over half of UK companies also count a company blog as a key element of their social media presence, and more companies seem to be using LinkedIn than were doing so last year.

Also on the positive side, those companies claiming to “experiment” with social media have decreased compared to those doing an “average” amount or who are “heavily involved” in social. While these levels aren’t quantified, it backs up the evidence that social media is maturing as part of most companies’ overall marketing mix. Many companies have had a significant change of focus in the past year – from perhaps having no strategy for social media in 2010 to having a complete presence and strategy in 2011. The majority of companies are also now integrating their social media activity with other forms of marketing, with the highest levels of integration being seen in email and SEO, and to a lesser extent integration with more traditional channels is also increasing, most notably with print media. 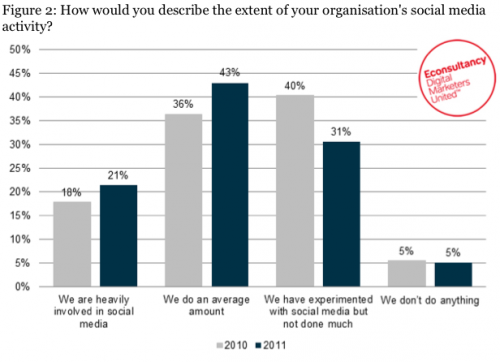 2011 also saw more buy-in visible from senior management levels, with 23% of respondents from companies claiming that C-level execs in their organization were “very interested and actively participating” in social media, which tends to greatly help secure cross-functional resource and investment for social media programmes across businesses. However, agency perceptions of this differed, with agency respondents believing a much lower percentage of their clients’ senior execs were “very interested and actively participating” – this may only indicate that some agencies don't have the senior level relationships that they should. Nevertheless it’s clear that an understanding of social media is becoming more ingrained in companies’ culture.

In the midst of these growing levels of adoption and engagement, the report throws up a few key areas of concern also. Most striking for us were the dangerously high levels of companies who are still not doing any listening or monitoring at all in social media. Compared with the number of companies actively engaging, this indicates that there are still many organizations marketing to, but not listening to, their customers. We believe that listening & monitoring should be the foundation of any social media strategy or campaign, and not to do so only paves the way for crisis further down the line.

Over a third of companies say they are “unable” to measure social media, a statistic which, albeit down from 2010, is worrying given the robust methodologies available to measure the effect of the work we do in social media. We may be biased, but this is certainly an area where our clients tend to benefit from the help of specialists such as ourselves. Over half of client companies have also not yet implemented relevant training and governance policies, which, especially with new IAB and ISBA guidelines on paid promotion in social media are more important for brands to consider than ever.

So, many findings to be positive about, but the majority of respondents did think they still had clear room for improvement and growth in the areas of content strategy; influencer engagement; best practice use of Facebook; customer engagement and adopting more niche social media platforms such as Google+. 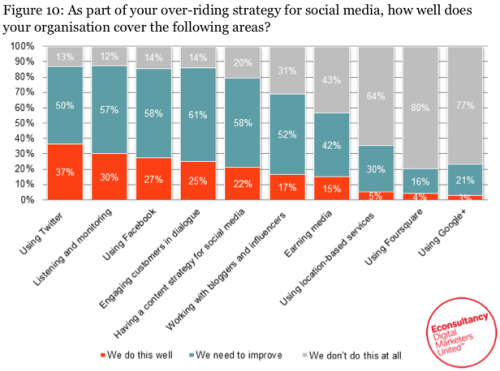 Econsultancy members can download the report here, with a copy for non-members costing £250. 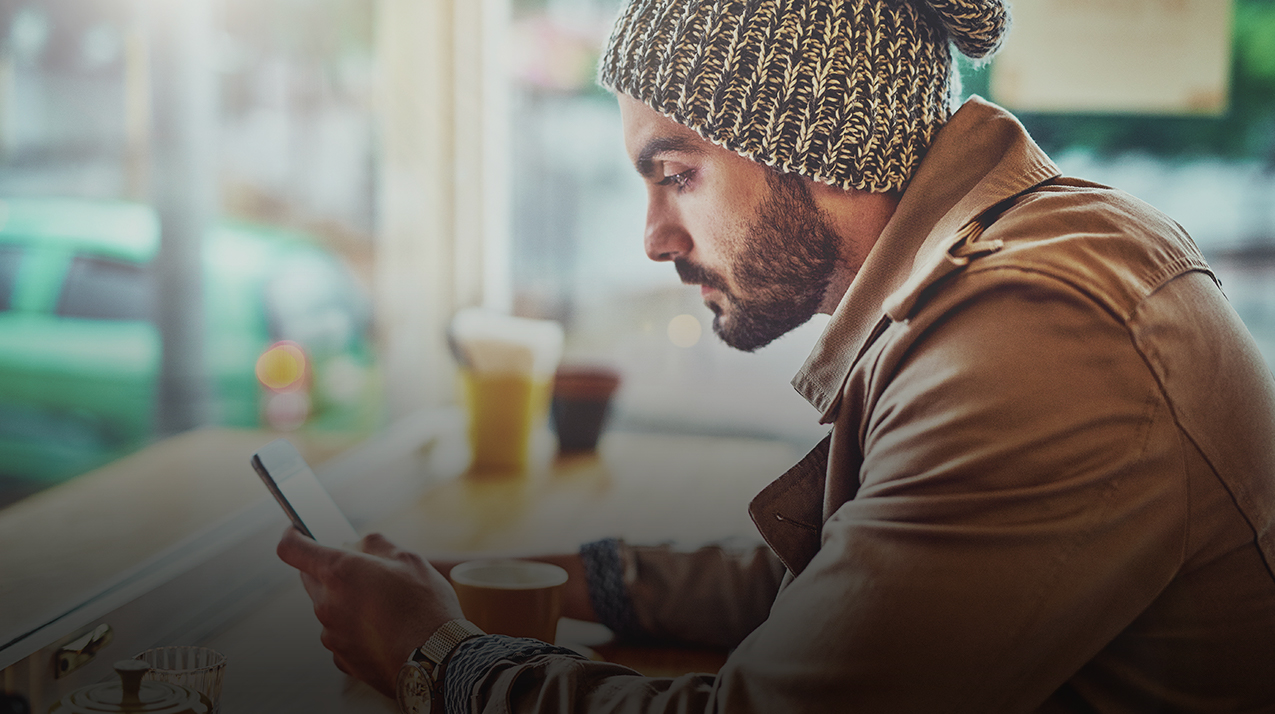