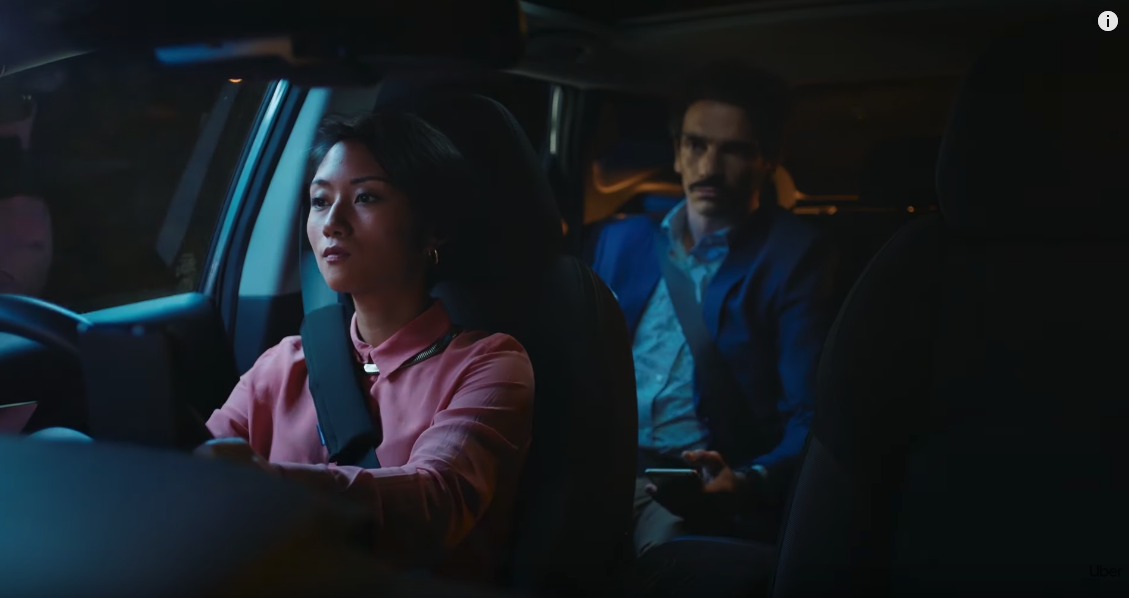 Uber launches 'Safety Never Stops' campaign
Nothing can quite replicate the feeling of sitting on-board a plane, but in Uber’s latest 'Safety Never Stops' campaign, you can at least pretend you’re fulfilling your #wanderlust dreams. Teaming up with 72andSunny, Uber have rolled out your classic airline safety video in an attempt to highlight the new features from Uber’s Safety Toolkit. Bon voyage?

'Sophisticated operator' steals data from ANU
No use trying to hide your grades now. Two weeks ago, a breach of cyber security at the Australian National University has resulted in thousands of personal records being accessed, including bank account details and passport details, as well as student academic records. ANU "is regarded as an attractive target because of its close association with the Australian government," especially as "by taking data on staff and students, the hackers could develop a long-term picture on students and staff who go on to hold critical positions in the Canberra bureaucracy."

US visa applications now require social media accounts
Heading to the States any time soon? The updated State Department regulations means all applicants for a US visa must submit social media usernames and the last five years worth of email addresses and phone numbers you’ve held. Time to lay those old Hotmail addresses to rest, and delete whatever finsta account you're using on Instagram to stalk your ex.

The North Face uses Wikipedia to reach #1 in Google Search
Apparently expanding frontiers means violating Wikipedia’s user terms. The North Face snuck their brand new campaign photos into Wikipedia articles in order to ensure the brand would appear in Google search results when users searched for world famous trekking and hiking locations. The guerilla stunt, which was later removed by swarms of unhappy volunteer editors, cost the brand nothing but earned them #1 in Google search rankings.

Time spent on Instagram increases among adults in the US
According to the latest figures from eMarketer, adults in the US are now spending an average of 27 minutes per day on Instagram; an increase which is predicted to continue by one minute each year until 2021. On the other hand, time spent on Facebook is now down to an average of 38 minutes per day, a decrease of two minutes from the previous forecast. Snapchat also fell short of its 28 minute prediction, averaging just 26 minutes per day. This figure contradicts Snapchat's Q1 earnings call, which had usage time remaining at over 30 minutes per day.

eMarketer also predicts that average daily Facebook usage will drop slightly to 37 minutes in 2020, while it sees the figure for Snapchat remaining flat at 26 minutes through to 2021.

T-Series becomes the first YouTube channel to hit 100m subscribers
No ‘T’ to be spilled here. Another social milestone has been reached as Bollywood channel, T-Series has become the first YouTube account to hit 100 million subscribers - narrowly beating rival PewDiePie to the crown. The race to the top started around September last year, with both channels growing by tens of millions since. YouTube publicly congratulated T-Series on Twitter, telling the team to make room for a new Play Button trophy.

And in artful nude news...
Spencer Tunick, a photographer who is best known for staging large-scale public performances that require hundreds of volunteers doff their clothing in front of global monuments, wrangled 125 people to pose nude in front of Facebook and Instagram’s New York City headquarters at Astor Place. In a move to challenge social media censorship, Tunick collaborated with the National Coalition Against Censorship to create a photographic artwork as part of the #WeTheNipple campaign.