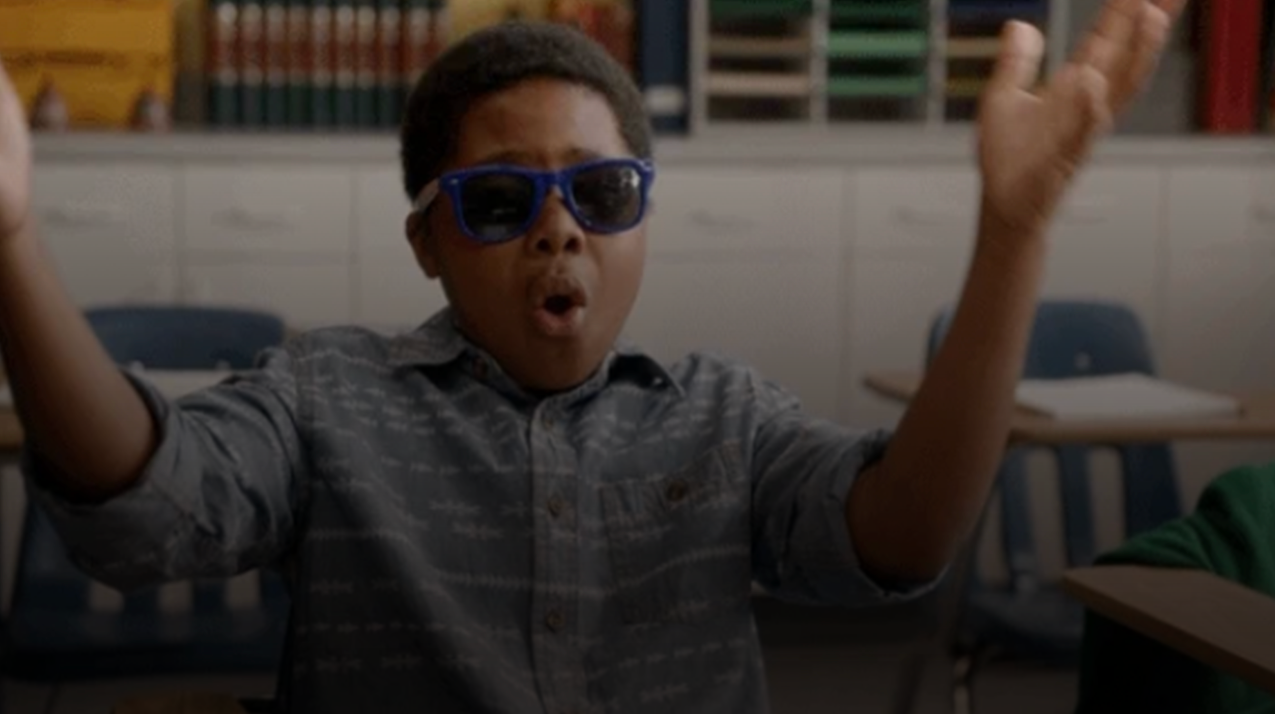 The (new) golden age of GIFs

Where do we come from? Who are we? Where are we going? Is it GHIF or JIF?* So many questions yet to be answered. Thankfully, our Marketing & Innovation Director in Milan, Luca Della Dora is here to help.

GIFs were invented in 1987, but only reached mass popularity in the last couple of years. Why?

People are consuming more and more visual content. Science tells us that our brain understands the meaning of an image 60,000 times faster than text, a fact that has always been brought into consideration by advertising specialists.

However, the importance of visual content has become even more important in today’s current context, as we all run into an increasingly higher quantity of content. In the ‘70s, the average consumer was exposed to approximately 500 advertising messages per day, 5,000 in 2006, reaching 10,000 in 2015.

It’s not just brands that are competing for attention - you’re also looking at content shared by friends, family members, publishers, thousands of Facebook pages and Instagram accounts. That’s countless pictures of kitties or memes about Greta and Trump.

All the main social media platforms are evolving towards a more visual direction, both in the way content is distributed and in the tools built to create it (what would Instagram Stories look like without Stickers!?)

In this context, GIFs have three characteristics that make them a perfect tool, even for brands:

At We Are Social, we have always firmly believed that conversations are better than interruptions, which may seem obvious, but advertising has usually championed the opposite.

People don’t want to be interrupted, even by the message of a brand they love.

But the good news is that there are many different alternative solutions. The first is to offer content that’ll spark interest and relationships (and therefore conversations), another would be to give them content that they’ll want to use spontaneously.

Exactly! As GIPHY CEO Alex Chung explained, brands are a part of our lives, whether we want it or not. We wear, eat, drink, drive, and above all else, identify with some brands.

Sharing the GIF of a brand we like is not as weird as we may think. We do it spontaneously - this is usually because the brand has created something that feels like a natural fit with the online 'language' we use, or that we're looking to use content that reflects a particular brand's personality (see examples below).

Not interrupting conversation means enabling them instead.

Another aspect that makes GIFs such a powerful tool for brands is that people use them when they exchange private messages. Actually, that’s where they are mostly diffused, in a territory that is otherwise inaccessible for brands. And we are talking about 80 trillion messages exchanged every year. 80. TRILLION.

Here are a few examples of brands who have used Gifs in the right way.

Adidas
There are many ways to show a product, but often there’s also a need to find a balance between communicating its various features and the efforts needed to create content. Adidas offers a great example of how to shed light on the distinctive characteristics of a product, in a simple and immediate way:

#NITEJOGGER brings hi-vis detailing and BOOST technology together in one silhouette for creators who know, it’s never too late to pursue their vision. Available in adidas stores from January 12th.
.
See more at https://t.co/zE42s7AZLo pic.twitter.com/HzNjdTcsYJ

Barilla
#CarbonaraDay has become an important event for Barilla, and above all else, for pasta lovers everywhere. To celebrate the date, Barilla asked six artists to interpret  carbonara with their own style, and put together a set of GIFs so that users could share them on WhatsApp, Messenger and Instagram Stories. The endeavor proved to be much appreciated, with 4.5 million impressions, a reach of 3.3 million and a total of 9.2 million visualization of stickers.

Moreover, Barilla created a GIPHY channel packed with GIFs and stickers to be enjoyed and used by people everywhere (with a total count of 46 millions views).

MINI
To celebrate its 60th anniversary, MINI created a series of content journeying from the 60’s to nowadays. Obviously, this celebration couldn’t have been complete without a GIF and sticker set to be used by fans everywhere, as you can see in the following video.

Dos Equis
How many times have you looked up “facepalm” on WhatsApp or Messenger to answer a message and found yourself face to face with Captain Picard from Star Trek? To make the most of its “Most Interesting Man in the World” campaign, Dos Equis used GIPHY to offer its own version of “facepalm” (which reached a total of over 310 million impressions).

Headshake Most GIF from Headshake GIFs

Google
Google is another example of brand that has made the most of GIFs and the immediacy of its language to explain the new product features to its followers and to share tips & tricks in a simple way.

Raise your hand if you’ve lost track of how many tabs you have open right now ✋Stay organized while browsing with new improvements to Chrome, coming soon → https://t.co/HERynMt09U pic.twitter.com/2GLcAH2dsJ

So, GIFs can be used in many ways: from entertainment and education to information and community management.

Another interesting aspect of this tool is its ability to be shared as a “traditional” content or be made available to people on platforms such as GIPHY or Tenor, and make it so that people use it spontaneously, both in public and private, on messaging platforms.

Recently GIPHY announced a partnership with Moat, which allows the measuring of  impact and diffusion of brand GIFs, as explained by GIPHY Vice-President of Revenue Alexis Berger:

“Giphy's platform enables brands to be at the center of cultural moments,” said Berger. “With the Moat integration, brands now also have the added layer of confidence that the media that Giphy delivers is viewable, verifiable, and reaching real Giphy users.

"Moat is an industry leader in verification, and this collaboration is a significant step forward in building out our branded content platform... to meet the growing needs of the market.”

In summing up, GIFs are a versatile and efficient format, if used correctly. They are easy and direct enough to use in a context where the attention span keeps on decreasing. They allow brands to not only participate in conversations but to to be an integral part of them. We wear, eat and drink brands - and with GIPHY - we also speak their language.

*Oxford English Dictionary established that both GIF pronunciations are acceptable but according to Steve Willhite, the creator of GIF: “They are wrong. It is a soft ‘G,’ pronounced ‘jif.’ End of story.”

The debate didn’t even end with the intervention of the ultimate authority on the subject. 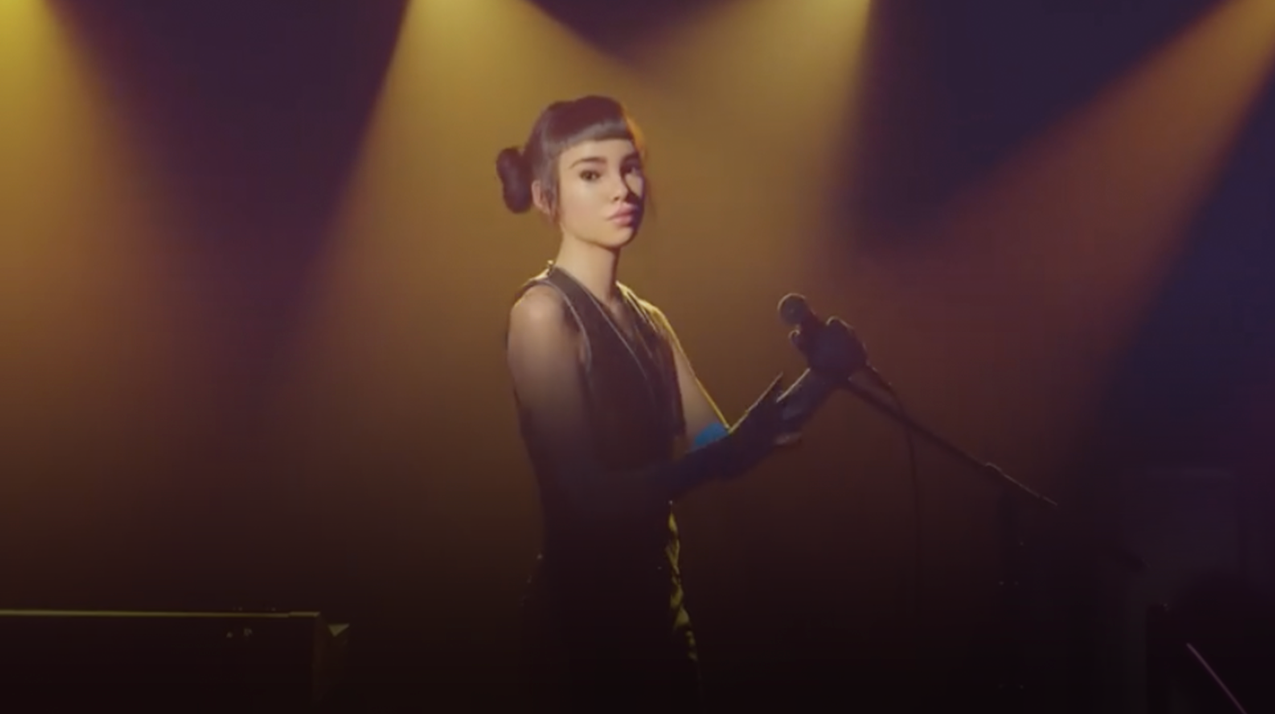 Our team shares a round up of the work we're most proud of from the last few months.