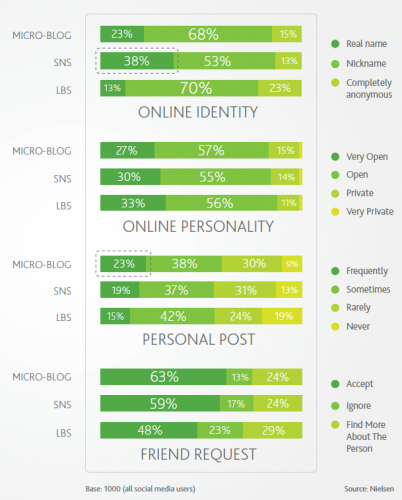 How are Chinese netizens using social media?
Statistics gathered in a (different) recent Nielsen survey showed that Chinese netizens used a variety of social media platforms to fulfill their varied needs. With the only exception being the ubiquitous microblog that seemed to be used for almost all aspects of their social media life, social networks were the next most popular platforms, albeit with a strong slant towards the social and fun aspects of their online lives. 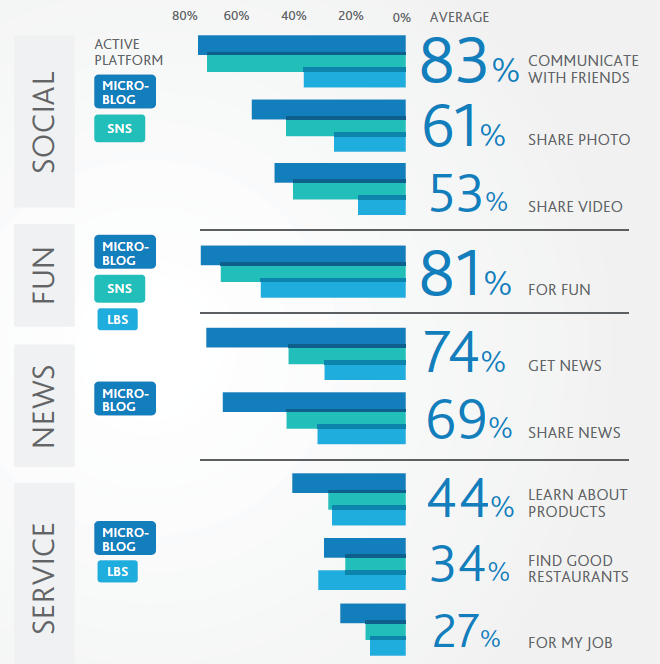 How are Sri Lanka's Top 100 brands using social media?
Statistics gathered in a recent study of social media usage by top brands in Sri Lanka showed that 78.59% of the country's internet users had Facebook accounts, putting the country at 74th place in a ranking of the Top 100 Facebook countries with a userbase of 1,395,960. The demographics trend younger in Sri Lanka, with 18-24 year-olds forming the largest age group with 572,344 users, followed by 25-34 year olds. 68% of Sri Lankan Facebook users were male and 32% female. 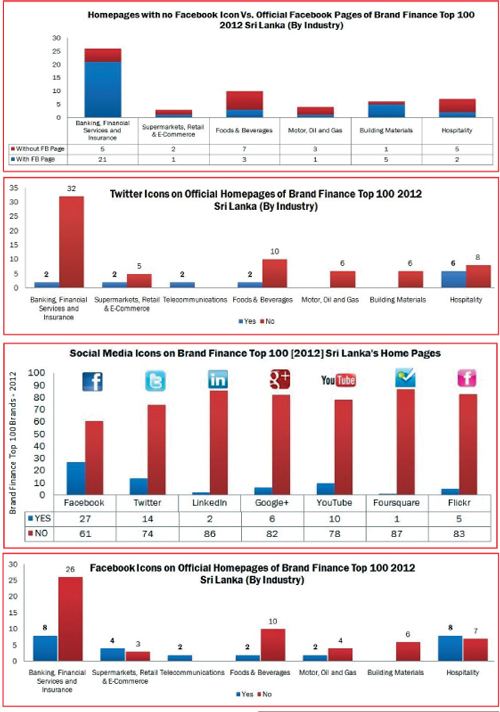 The study showed that 88 of the Top 100 brands had official websites while 5 had sites that were under construction and the remaining 7 had no web presence at all. Examining the home pages of the 88 brands, the study showed that 27 had a Facebook icon, 14 had a Twitter icon, 10 had a YouTube icon, 6 had a Google+ icon, 5 had a Flickr icon, 2 had a LinkedIn icon and only 1 had a Foursquare icon.

The study also showed that there were brands that had a Facebook page but didn't have a Facebook icon on their home page indicating a lack of integration of social media sharing buttons. An awful pity considering Facebook seems to the social networking platform of choice for Sri Lanka's increasingly wired population. We'll be following up with a much more detailed report on Sri Lanka's social, digital and mobile landscape in the next few weeks as part of our on-going #SDMW series of reports.

More users follow retailers on Pinterest than other social networks
Social commerce is growing with an increasing number of marketers using the power of social media to influence online purchases. Pinterest was the social media darling for marketers registering a userbase of 23.4 million in the US in July 2012, which equated to about 10% of all internet users.

However, user demographics are highly important for all marketers so a study was done to show the age distribution of users in the US. More than 60% of US Pinterest users were aged 35 and above with an average age of 40.1 while 79% of them were female. A study in March 2012 showed that users followed 9.3 retailers on Pinterest versus 8.5 on Twitter or 6.9 on Facebook.

Pinterest was also more influential than Facebook or Twitter in influencing purchases made by US female social media users. The click-through rate resulting in a purchase for Pinterest was estimated at 59% in May 2012. This is significant for retailers as although Pinterest user numbers are significantly smaller than Facebook or Twitter, their users were more valuable from a social commerce standpoint with higher average spend and a higher propensity to share their finds.

Social networking is on the rise in these regions especially amongst the younger and well-educated segments of the population that access these networks frequently via mobile phones. eMarketer forecasts social network penetration in the Middle East and Africa region at 70.2% or 144.3 million users for 2012.

Facebook is particularly popular in the region, largely due to greater ease of access via a low-bandwidth version that works well on 2G phones. eMarketer estimates Facebook penetration in the region to reach 117.8 million users in 2012.