We Are Social Asia Tuesday TuneUp #57

China's Renren launches Facebook-esque timeline interface
Facebook's timeline-like interface seems to be increasingly adopted by various social networking platforms with the latest being one of China's social networking sites Renren. Like Facebook, Renren users can update their status, upload photos and share a story but are given the option to switch back to the old interface should they dislike the new look. Renren users can also categorise sharing of stories into 'work and study', 'family', 'lifestyle' and 'health and travel' experiences, a feature that is expected to help increase engagement on Renren and help it to gain more users. To date, Renren has about 172 million registered users of which 48 million are monthly active users. Renren still has alot of catching up to do to compete with Sina Weibo's extensive reach of 400 million registered users. 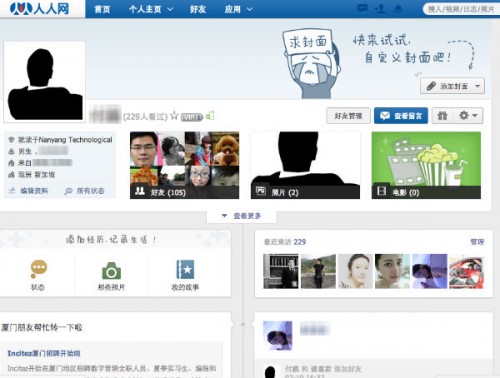 PaPa app gives a voice to Instagram-like photosharing
A fairly new Chinese photosharing app in town, PaPa allows users to talk, sing or record background audio to complement their pictures. Available on Android and iOS devices, the app's main stream features a newsfeed showing friends' recent activities. A click onto a photo enlarges it with the option to listen to a text caption. The app has third-party support for posting to Sina Weibo and Tencent Weibo, which has helped it to gain a few celebrity users and a tech investor, Lee Kai-fu, the founder of Innovation Works. 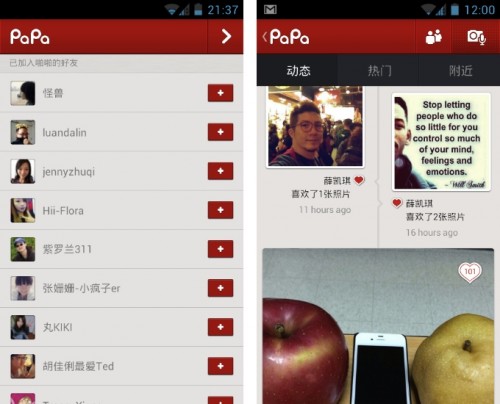 Facebook  plans to buy WhatsApp
The latest buzz is that Facebook plans to acquire WhatsApp in a bid to boost its mobile presence, especially in Asia and other emerging markets. WhatsApp has been losing dominance recently within mobile messaging-happy Asia to newer Asian-born apps such as China's WeChat, Korea's Kakaotalk and Japan's Line. WhatsApp has not rolled out many new features since its launch, whilst the newer Asian apps have been rolling out more interactive features such as voice calls, video chat, social network sharing and in-app sharing that have proven very popular in emerging markets. With the enhanced social offerings, these Asian chat apps compete with Facebook within Asia - a targeted growth sector for the social networking giant. The general view of many observers is that Facebook might do better to acquire a fresher and more innovative Asian chat app rival to the comparatively slow-to-innovate WhatsApp.

Social ad spend set to double in the next four years
Advertising spend on social networks is expected to reach $9.2 billion by 2016, according to new research from BIA/Kelsey. This figure is twice the current spend of $4.6 billion this year. The majority of the ad spend will go toward display ads, but the biggest area of growth will be native social ads, such as Promoted Posts on Facebook.

Two-thirds of FTSE 100 companies are ‘failing’ on social media
The majority of companies listed on the FTSE 100 aren’t engaging effectively on social media, which could mean lower share prices, according to a new report called ‘Social Media in the City’. The report finds statistically significant correlations between strong social media performance and higher stock prices. The best performers are a diverse bunch, with Royal Dutch Shell sitting at the top of the rankings and Barclays being the only bank to breach the top 20.

More than a quarter of UK call centers unsure about adopting social media
Unfortunately for all of the people who have to deal with them, nearly 30% of call centers in the UK say they want to ‘wait and see’ whether using social media for communications is a good idea, according to a new report. Just 26% of call centers said they placed a great deal of focus on social media, and enthusiasm to adopt social media varied widely by sector, with retail on the eager side and finance and insurance sectors being the most reluctant.

Daily Mail group unveils fashion sharing site
The group that owns the Daily Mail has created a new site called ‘Today I’m Wearing’ invites women to show off that day’s outfit, share it with friends on social media and browse the photo gallery of other looks. Users upload a photo of their outfit and can then tag it with information about each item, including where they purchased it.

Tesco Wines launches live tasting and Q&A event on Twitter
We Are Social helped Tesco Wines create a live wine tasting and Q&A session with Tesco’s Master of Wine, Laura Jewell. Through a live video stream, Laura answered questions tweeted with the #XmasWineSOS hashtag, and followers who used the hashtag were also entered into a prize draw to win a case of wine for Christmas.

2012′s best social media campaigns include Heinz’s Grown Up Beanz
We Are Social is thrilled to be included in Econsultancy’s 10 best social media campaigns of the year for the work we did with Heinz on its Grown Up Beanz campaign to promote the new Five Beanz variety. The campaign reached more than 10.8 million people on Facebook, and more than 22,000 fans took our personality quiz to apply for a personalized bean.

We Are Social Asia Tuesday Tuneup #463

Sports bodies partake in social media boycott, Twitter Spaces opens up to accounts with 600+ followers, and more in our Tuesday Tuneup.

We Are Social Asia Tuesday Tuneup #462

We Are Social Asia Tuesday Tuneup #461