We Are Social Asia Tuesday Tuneup #139

Twitter confirms upcoming office in Indonesia
Following Facebook's and Apple's moves to open offices in Indonesia, Twitter has revealed that it will also be setting up an office there within the next six months. Adam Bain, Twitter's global president for revenue and partnerships tweeted from Jakarta last week, confirming this announcement.

Terima kasih for welcoming us, Indonesia! I'm in Jakarta today to say that Twitter will open an office here soon! pic.twitter.com/MTXRXkBovR

China's Renren sees drop in active users
The social network once known as 'China's Facebook' recently released its Q2 2014 earnings report, revealing that it now has fewer monthly active users than it had two years ago. Renren's drop in active users could be attributed to the rise of Sina Weibo and WeChat in China, which offers a vast array of services including news-reading, online payments, gaming, messaging and more.

'Ice bucket challenge' hits Asia
Not sure if you’ve heard, but there’s an ‘ice bucket challenge’ thing happening on Facebook right about now. It looks like it’s going to be the biggest online charity campaign ever, as our data in the Huffington Post shows. The hashtag #icebucketchallenge has received over 4.48m mentions, over 20 times the number seen by #nomakeupselfie. There have been over 2m videos on YouTube, too, including videos from a number of participating brands.

In an infographic by Social Samosa, research shows that India, Thailand and Singapore are the next highest contributors to online buzz around the charity initiative, behind the US and UK. These three Asian countries contributed to a total of 14.7% of online buzz. 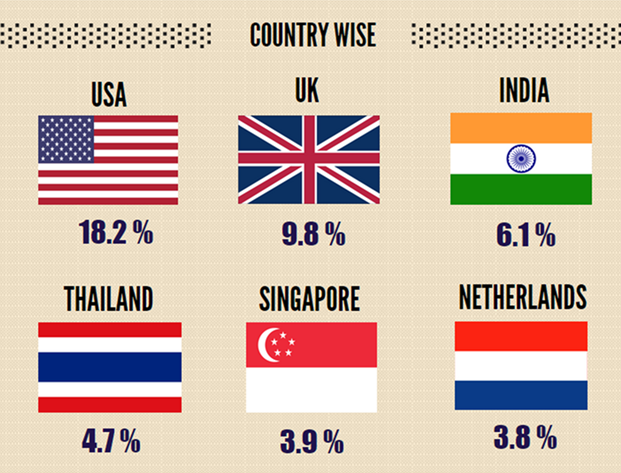 Facebook’s new ad unit is the event of the week
We hope you’re ready for a new Facebook ad unit. That’s right, event ads are no longer confined to the right hand bar on desktop – you can now see them in the News Feed and on mobile. They’re set to look similar to event invitations from a friend, and can be used not just for events but also time related promotions – for example, a discounted brunch invite. As if that wasn’t enough, there’s a set of insights showing how many people have seen an event. We’re spoilt. Here’s how the ads will look:

Facebook targets adverts by signal strength
Facebook ads can now be targeted based on the strength of a mobile signal. It’s a nice move, because it means if you can target data heavy ads, like video, to those on 4G and text posts to those on low bandwidth connections, especially useful in developing markets.

Twitter opens analytics to all
Twitter has made its analytics dashboard, launched in July, available to everybody on the network. Here’s how it looks if you’re as influential as I am:

Google removes Authorship from search results
Once upon a time, you could link your Google+ profile to your site, and the authorship of your words would appear in Google search results, alongside a profile picture and G+ follower count. Those days are no more – after gradually reducing what showed up in results, Google has now removed Authorship from search results entirely. Forbes has speculated on what this means for the future of G+; one of the principal draws of an account has been its impact on search – if this goes, what remains of the platform? To this, it’s worth pointing out that the link between G+ and search isn’t completely broken. The search engine will continue to show G+ posts from friends and pages, when they’re relevant to your query.

Snapchat gets $10bn valuation, rolls out “Our Story”
It’s all go at casa del Snapchat. The startup has received another $20m of funding, leaving its valuation at a healthy $10bn. The investment is based on monthly active user figures of 100 million, according to the Wall Street Journal. The money is being pumped back into the app, too – the “Our Story” feature is being rolled out to everyone. Trialled in June this year, it allows users to create and view public collections of photos and videos from a specific event, be it Electric Daisy Carnival, as below, or something where Tiësto is nowhere to be seen.

adidas creates Instagram game
adidas Polska has launched what it’s calling the world’s first Instagram game, in which fans have to follow a set of hidden clues to ‘like’ certain images in the correct order. The overall winner will bag themselves a pair of predator boots, with branded balls for runners up.

Walkers turns bus stops into Twitter-powered vending machines
Walkers crisps (that’s chips, for our Stateside readers) is making three London bus stops into Twitter-powered vending machines for its ‘Do Us A Flavour’ campaign. Bystanders are encouraged to send a tweet to @Walkers_busstop in exchange for a packet of crisps. The team at Double Decker must be kicking themselves.

Everybody loves Hyperlapse
Hyperlapse is barely a week old and brands are already getting involved in a big way. Here are some examples from Bud Light, Burton Snowboard, Footlocker, Cosmopolitan and (everybody’s favourite) our London office.

We Are Social Asia Tuesday Tuneup #150