We Are Social Asia Tuesday Tuneup #141

Line has 30 million users in Indonesia
Line recently announced that it has topped 490 million registered users. As one of the biggest chat app giants in Asia, Line claims a strong fan base in Southeast Asia, along with some Spanish-speaking countries. Despite their size, the company had previously kept quiet about market-specific numbers in key markets like Taiwan, Thailand, and Japan. So now, our curiosity is finally satisfied as their announcement details the size of their registered user base in the key markets.

The country breakdowns are as follows: 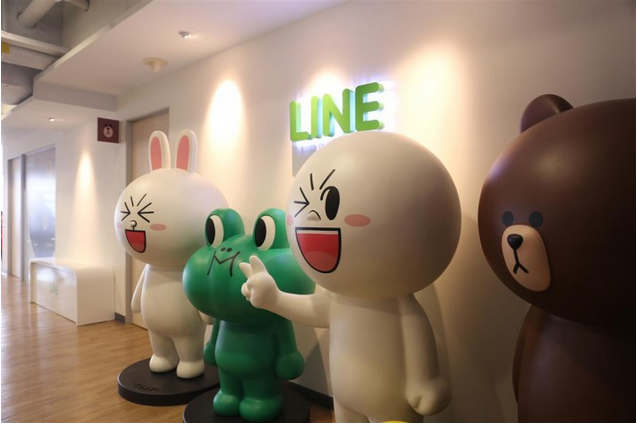 Brands in China on WeChat
As WeChat continues to get more and more popular worldwide, more brands have started to think about how to use WeChat as a platform to engage with Chinese consumers.

As one of the global chat app giants, WeChat has 438 million active users, which illustrates significant potential for brands to reach consumers in China. This platform not only brings opportunity for Chinese brands, but also for foreign brands that want to reach out to Chinese customers. WeChat has been used by more than two million bloggers, media outlets, celebrities, small medium enterprises and major brands to reach out to people. In particular, fashion brands in China are doing extremely well in WeChat, as they have worked hard to cultivate a dedicated follower base on the platform.

Apple Watch to feature social apps
Following its grand unveiling last week, it has been revealed that Facebook, Yahoo, Pinterest and Twitter are among the companies already developing apps for Apple Watch. While certain features such as the ability to receive and act on Facebook notifications have been demonstrated, it has not yet been announced whether ads will be included in the small-screen apps. The wearable device got a relatively subdued 336,000 mentions on Twitter right before and after its unveiling, compared to the hefty 1 million-plus mentions of the new iPhones launched the same day. The gadget will be released early next year, so (Apple) Watch this space!

Facebook takes on YouTube
Facebook joins Yahoo in taking on YouTube as a distribution platform for multi-channel networks and their stars, approaching some of YouTube’s biggest content producers to get them to distribute their videos directly on the social platform. Already, some have experimented with putting some of their top YouTube series on Facebook, including Disney’s Maker Studios and Collective Digital Studio; the latter making its animated viral hit “Annoying Orange” available on the social network. The competition is no surprise, as “more brands divert their focus from broadcast TV to online video”.

Facebook tests self-destructing posts
Facebook is trialling a new feature on a small number of users’ iOS devices that lets you schedule the deletion of your posts in advance. The feature gives users a set of choices from one hour to seven days before a post is deleted– an update potentially very useful addition for brand and business Pages. Facebook has tried its hand at self-destruction before; in June it released a Snapchat clone called Slingshot.

Facebook Messenger lets users doodle over photos
Facebook has released an update to its Messenger app for Android that lets users edit photos from their device’s gallery by drawing or typing all over them. Interestingly, the update does not currently work with photos taken via Messenger’s built-in camera. To use, people simply need to tap on the photo icon in the bottom control row, and then they are given the option to write, text or draw.

Buy your mate a Budweiser through Facebook
Budweiser is trying its hand at social commerce with the launch of two new programmes on Facebook. “Bud Light Birthday” lets users hand out free beer vouchers to friends on their Birthdays (providing they’re of-age), while “Bud for Buds” celebrates allows users to buy vouchers to send as gifts for any type of special occasions. To redeem the offer, the recipient simply needs to click on the link and show the ID to a bar’s point of sale. From there, it’s beer o’clock!

Debenhams encourages co-buying in Christmas lead-up
UK department store Debenhams is turning shoppers into brand advocates by encouraging them to share special offers online with friends. Shoppers who join the social scheme will be incentivised by group leaderboard-based gamification activity, designed to get their friends spending money at Debenhams, too. Prizes include a styling session and vouchers worth hundreds of pounds. Debenhams’ Director of Ecommerce, Ross Clemmow, says:

Co-buying is an innovative approach in connecting with new customers through our existing most engaged customers. The format acts as a great way to strengthen the customer experience and further drive sales.

Topshop’s SS15 launch on Facebook
Topshop, the UK high street fashion retailer, launched part of its SS15 ‘Unique’ collection not on the runway, but exclusively on Facebook. The range was made available to buy immediately after the end of the show, a ‘fast-fashion’ shift that has also been embraced by luxury fashion brands including Burberry.

Each season, it becomes clear that social media is playing a bigger and bigger role in Fashion Weeks worldwide, and this is faring well for brands too. As NYFW draws to a close, results show Twitter mentions are up a huge 1,113% this year for sponsors including WGSN, Samsung and Mercedez-Benz.

A branded response to #AppleLive streaming
Apple product launches are undeniably huge social media moments, attracting global conversation. So naturally, marketers jumped on Tuesday’s live streaming of the iPhone 6 and Apple Watch unveiling in their masses, with some doing better than others. MasterCard, an initial partner of Apple Pay, used the event to promote the new feature:

Denny’s brought some humour to the night in highlighting the technical issues suffered by frustratingly trying to livestream.

Competitors also had their say, with HTC and Windows playing a seemingly friendly game of social media banter, amongst Blackberry’s slightly pitiful reminder that it’s still around.

Happy To Congratulate #Apple on joining the world of big screens! pic.twitter.com/7nLUYAr4Nd

Even Siri gets a little envious of #Cortana on the HTC One (M8) for Windows. WATCH: https://t.co/rdxRXoY39Y pic.twitter.com/4Mzhv0ijUP

Of course, Oreo didn’t miss out on the opportunity either, with yet another real-time Photoshop response.

Just like a twist - it's all in the wrist. pic.twitter.com/UDzFDAb78G

How brands Tweeted about the second #RoyalBaby Last Monday, the Duke and Duchess of Cambridge officially announced they are expecting another child. With 260,000 tweets sent throughout the day about the big announcement, #RoyalBaby began trending around the world with more than 70,000 uses of the hashtag. Several of the tweets celebrating the news came from brands. One of the quickest to offer its congratulations was @NissanUK, who managed to produce an ad just seven minutes after the news broke. Featuring the Nissan X-Trail seven-seater, the company tweeted a picture of the interior of the vehicle with a crown on each seat:

It could be triplets and there would *still* be enough room for the Queen... #XTrail #SevenSeats #RoyalBaby pic.twitter.com/k4HiNAb7lq

Brands’ Twitter reactions to 9/11
Last week saw the 13th anniversary of 9/11, an occasion where many brands undoubtedly wanted to become part of national conversation. Some brands commemorated tastefully, such as New York retailer Century 21, who posted a picture of a memorial painted by artist Mr. Brainwash at one of its stores, and Walmart and Nordstorm posted unbranded images of the Manhattan skyline.

However, unsurprisingly, not all brands remembered the date with such grace. Build-A-Bear was forced to remove a tweet of a teddy bear in fatigues after it received much to-be-expected criticism, while several brands including Dunkin’ Donuts and Applebees invoked the wrath of Twitter critic, Mike Monteiro. His comments made many look twice at 9/11 brand tweets - you can read some of his replies below.

@DunkinDonuts @seanbonner Those people left a hole in our hearts, and in our donuts. #neverforget

Thank you @Applebees. When we pulled Mother’s body out of the wreckage we dragged it to Applebees. And you guys gave us free sodas.

We Are Social Asia Tuesday Tuneup #145

Line has reached 30 million users in India Line has been growing rapidly in Asia recently. According...