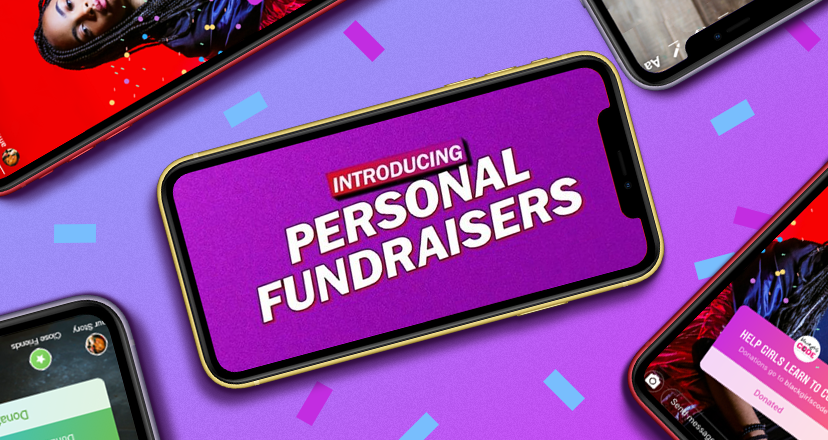 We Are Social Asia Tuesday Tune-Up #425

Written by You Quan Fu, Marie Ng and, Javern Chua.

After approval, you can start raising money, which lasts 30 days(can be extended). With the rise of fundraisers to support businesses during the COVID-19 pandemic, this new way to fundraise on Instagram could be good news for creators & small businesses.

Facebook has finally released its iOS version of the Gaming App with slight tweaks to its original planned version, some time after it had released the Android version a few months earlier.

This is the view that you would have seen on an Android Device:

On an iOS device, the Gaming App is slightly different from its Android counterpart:

Apple’s strict regulations for its App Store resulted in the removal of “Chat” and “Play” screens on the iOS version of Facebook Gaming App as its regulations stated that the app toggles between streaming gaming content as well as the playing of mini-games, thus falling short of its stipulated regulations.

This is not the first time that it has appealed against the guidelines to allow it to be launched in its planned form. Despite the restrictions, the Facebook Gaming App has steadily gained popularity and received positive reviews from its initial stages. Should the App Store regulations be revised to consider a growing demand for gaming platforms and streaming, even more organizations looking to enter the gaming market would be able to develop better platforms to benefit a wider target audience in the gaming sector.

Yet, even with the restrictions, Facebook Gaming continues on a steady rise, with 380 million people already using it. With the launch of Facebook Gaming, Facebook further boosts its opportunity to conquer a larger portion of the gaming market, as can be seen from a recent December 2019 report of its game streaming market share boosted to 8.5%. This could be due to its integration with Microsoft’s Mixer platform, which has allowed it to garner a greater presence in the gaming community.

TikTok has had a crazy 2020. It saw astronomical growth and gained legitimacy as a platform during the Covid-19 lockdowns. Reported by Reuters, some investors valued TikTok at around $50 billion, with the platform bringing in an estimated $1 billion in revenue this year. However, TikTok is currently facing uncertainties amid a legal battle with the United States. For TikTok and its parent company ByteDance, this represents a disappointing series of events to what could have been a stellar year.

With this uncertainty plaguing the short-form video sharing industry, TikTok’s competitors are taking advantage of this opportunity. Lesser well-known apps such as Triller and Zyne have seen a surge of interest in the tune of over half a million downloads, as detailed by The Verge. Prominent social media players such as Instagram and Snapchat are also poised to fill the space that may open with TikTok’s departure.

Instagram launched Reels over a week back as a TikTok competitor and most recently, Snapchat has announced that they are introducing the ability to add music over video recordings. New and existing companies are increasingly looking to capture the nascent market, buoyed by the unexpected turn of events. On the creators’ side, many are already establishing a presence in TikTok-esque apps to “claim usernames and get a head start building an audience” in the event of a TikTok shuts down” as reported by The Verge.

Following the path of its predecessors Vine and Musical.ly, Tiktok has proved that there is a lucrative market for short-form videos only to find themselves facing an uncertain future. With a shakeup in the industry a real possibility, many competitors are vying for a slice of TikTok’s market in the case that the incumbent does fall.

Whether a TikTok clone will be successful in its endeavor or whether TikTok will be able to navigate their challenges through a successful acquisition will be an interesting development to follow. Only time will tell what lays in store for the short-form video sharing space.

We Are Social Asia Tuesday Tuneup #173