We Are Social’s Monday Mashup #217

Facebook launches Slingshot
Facebook has launched Slingshot, its Snapchat rival, for iPhone and Android. They even did it on purpose this time. The app allows users to share photos and videos, to which they can add text. But there's a twist - you can only see what you've been sent if you share something in return.

Facebook tests auto play video for brand pages
You may have noticed auto play video ads in your Facebook News Feed, coming from brands such as Macy's and Chevrolet. Facebook is now testing an expansion of the feature, such that videos posted to brand pages will 'auto play' in the same way. The videos would not be restricted to the same 15-second time limit as the current ads.

Twitter increases ROI for TV ads
A recent study has concluded that TV campaigns supported by Twitter are more effective than TV alone. The most significant figure was that Twitter-supported campaigns produce a 50% higher ROI than TV-only campaigns. The study also noted that when using Twitter, brand awareness was 6.9% higher and that households showed a 4% increase in sales compared with TV alone.

GIFs come to Twitter
Twitter now supports GIFs uploaded natively through a variety of devices, on Twitter.com, iPhone/iPad and Android. They won't start automatically, but, as you can see below, all that's required is a quick click of a button. Naturally, brands are getting involved already. Here are a few examples:

Is there something on our cheek? http://t.co/MqyQYAFckr

If anyone needs us, we'll be admiring all the GIFs in our timeline. This is truly the GIF that keeps on giving. http://t.co/xnCpgIs6QD

LinkedIn launches Job Search
LinkedIn has released a standalone app for iPhone and iPad, called 'LinkedIn Job Search'. What it does should be clear from the title, but there is another feature that makes it distinctly different from LinkedIn: everything is completely private. It's US-only for now, but more markets are in the offing. Product manager, Daniel Ayele, said of the launch:

It can be hard to search for a job while you’re at your desk, not to mention the potentially awkward conversation with your current boss. Our goal is to help make this process easier for you and to help you be discreet. Everything you do within the app will be completely private and not shared with your network.

Snapchat tests public sharing, adds new filters
Snapchat has announced a couple of changes in the last week. First of all, it's testing a Group Sharing feature, dubbed 'Our Story'. The feature will pull together all the snaps from a particular location, such as a concert, and share them publicly as one large, user-generated Story.

Secondly, the app has added custom filters for brands, in an attempt to entice more of them to use it. Here you can see Vice's 'Yes We Cannes' template. 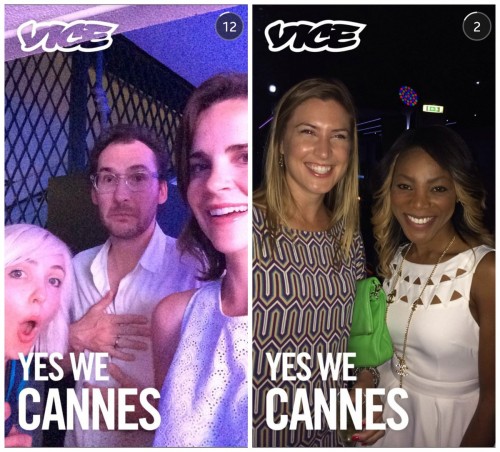 Yelp adds direct messaging feature
Yelp users can now contact businesses directly with questions and feedback. When they do so, the business will receive an email like the below. To respond, it simply needs to reply to the email. Yelp will also give an indication of how long it takes companies to respond, unless they choose to opt out. 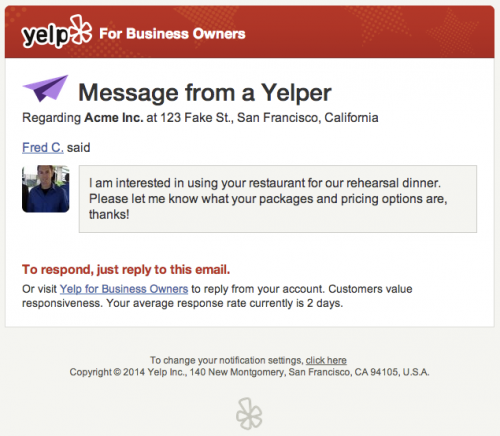 The World Cup on social
The USA seems to have taken to the World Cup, even if USMNT is no way to refer to a football team. The soccer love is showing on social, with tweets from big names, including LeBron James, Jimmy Fallon and some bloke called Barack.

11 on the field, more than 300 million cheering them on. #WorldCup #USMNT pic.twitter.com/vVjgAMXN0J

The US team's first game, a victory over Ghana, saw a high of 173,738 tweets. Delta Airlines wanted to get involved, but produced the World Cup's first 'Twitter fail' by illustrating Ghana using a giraffe, an animal that isn't native to the country. The brand ended up issuing an apology.

PHOTO: Delta Airlines thinks there are giraffes in Ghana. There aren't. http://t.co/9VsWsCfQSe pic.twitter.com/pGMJ6p0ljA

Other brands managed to avoid such problems when commenting on the USA vs. Portugal game yesterday. Portugal equalised in the dying seconds to leave the US needing a result against Germany - here are some of the tweets in response to the event.

#USA thought they were advancing, but that last-second equaliser from #POR means they’ll have to wait. #WorldCup pic.twitter.com/5G1fpRXTgy

The US team is, at least, doing better than its English equivalent. This side of the pond, we've resorted to a meme about Phil Neville's boring commentary. Anything's better than thinking about how we've done. 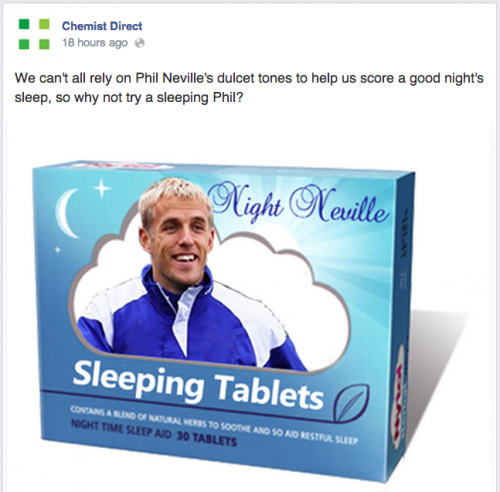 Some options if that #WorldCup commentary job doesn't work out, Phil. pic.twitter.com/fzXApb3JUZ

MLS gives its players superpowers
The Major Soccer League is looking to use the World Cup to promote domestic American soccer, and is using its Vine account to do so. It has asked its followers to choose the superpowers of seven different players and created representative art.

Paddy Power and ITV create World Cup Amplify videos
The UK's Paddy Power and ITV are joining forces to produce sponsored content through Twitter's Amplify platform. ITV will tweet World Cup match highlights, sponsored by Paddy Power, which will then be promoted. The ads will target users based on who they follow, what they write about and their location.

San Francisco 49ers create digital rewards system
As 'soccer' spreads across the States, there's still time for a little of the old 'football'. The San Francisco 49ers have created a digital rewards system, where fans can collect 'yards' for completing activities such as liking the team on Facebook, following them on Twitter, or watching videos and reading certain articles. The points can then be redeemed for prizes.

Tide creates Game of Thrones infographic
SPOILER ALERT! If you haven't finished Game of Thrones, it might be best to give this story a miss. Tide has created an infographic showing all of the deaths in the most recent season, receiving over 1,000 RTs and favourites.

Season 4 was the messiest yet! We captured every stain-making moment in the ultimate #GoT infographic. #TideGetsItOut pic.twitter.com/9jmP7mdUsw

New emoji are coming
Big news for everyone who finds it too difficult to express their thoughts and feelings using words. There are 250 new emoji coming, which should keep conversations interesting for at least 250 seconds. Easily our favourite is the 'middle finger' image, which can come in very useful on a Monday.