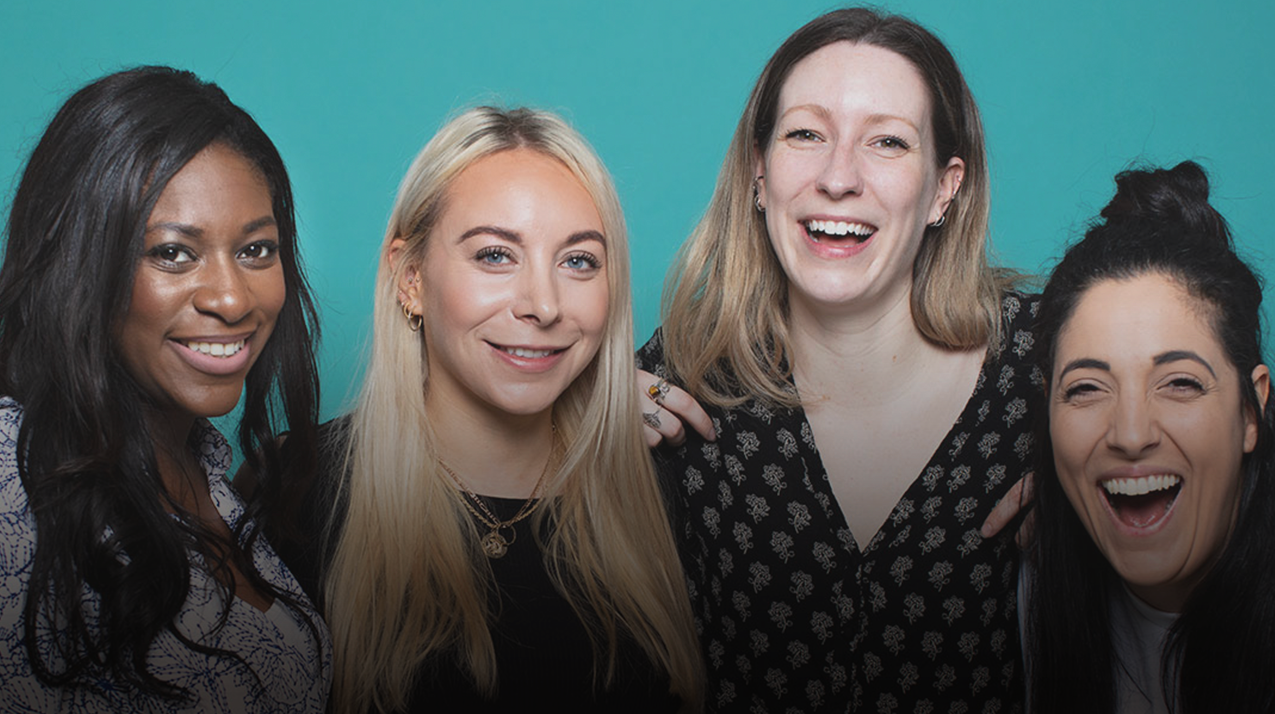 Last year, to celebrate International Women’s Day, we asked our senior leaders to share their thoughts on their careers and the advice they’d give to others. This year, we’ve asked some of the young talent at We Are Social to share their experience of getting into advertising.

We have some amazing women here at We Are Social. From board to entry-level, we’re proud to be incredibly balanced when it comes to gender diversity. Like most agencies, many of our team - women and men - followed a traditional career path, but not all. So to celebrate International Women’s Day this year, we’ve decided to take a look at some of our younger talent who’ve done things a little differently, whether that’s making the change from cleaner to creative, skipping uni or self-teaching skills. 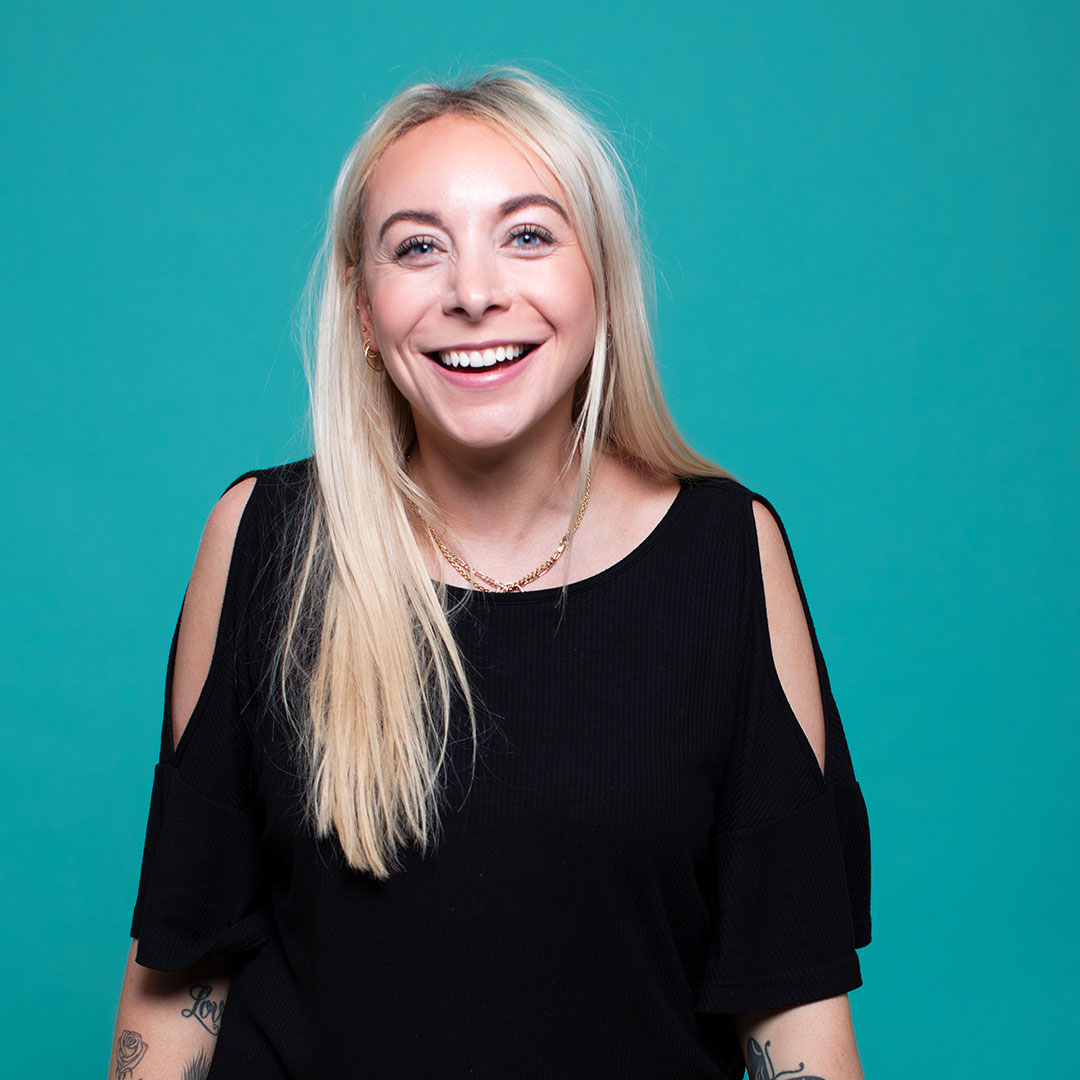 I originally trained as a hairdresser. I soon realised it wasn’t the career for me, but I wasn't sure what I wanted to do next or what was even possible. I applied for a reception job at We Are Social and when a role became available a few weeks later, I was called in for an interview. I couldn’t believe it when I got the call to say I’d got the job. I literally jumped for joy. I was so excited to start a new career so far removed from what I’d already done.

Reception, and later Office Manager, was a great way to get to know everyone in the agency - building relationships and trust with all teams and all levels of seniority. I had a particular interest in sport, and as I’d picked up a lot of transferable skills that sat well with production, friends in the agency encouraged me to put myself forward for adidas work that came up. I did, and luckily We Are Social allowed me to combine my reception work with production coordination and attending shoots, so I could learn a new job while keeping my current one.

For the first time in my working life I had found what I wanted to do and there was no way I was going to let this be a short term thing. I made sure everyone was aware of how I felt and did all I could to move into production permanently. I have now been on the team for two years; I’ve produced projects in London, Spain, Italy, France, Germany and Russia for adidas, an amazing global client. Five years ago, I never would have thought I’d be in the position I am in today.

Don't give up. If you want something, go get it! 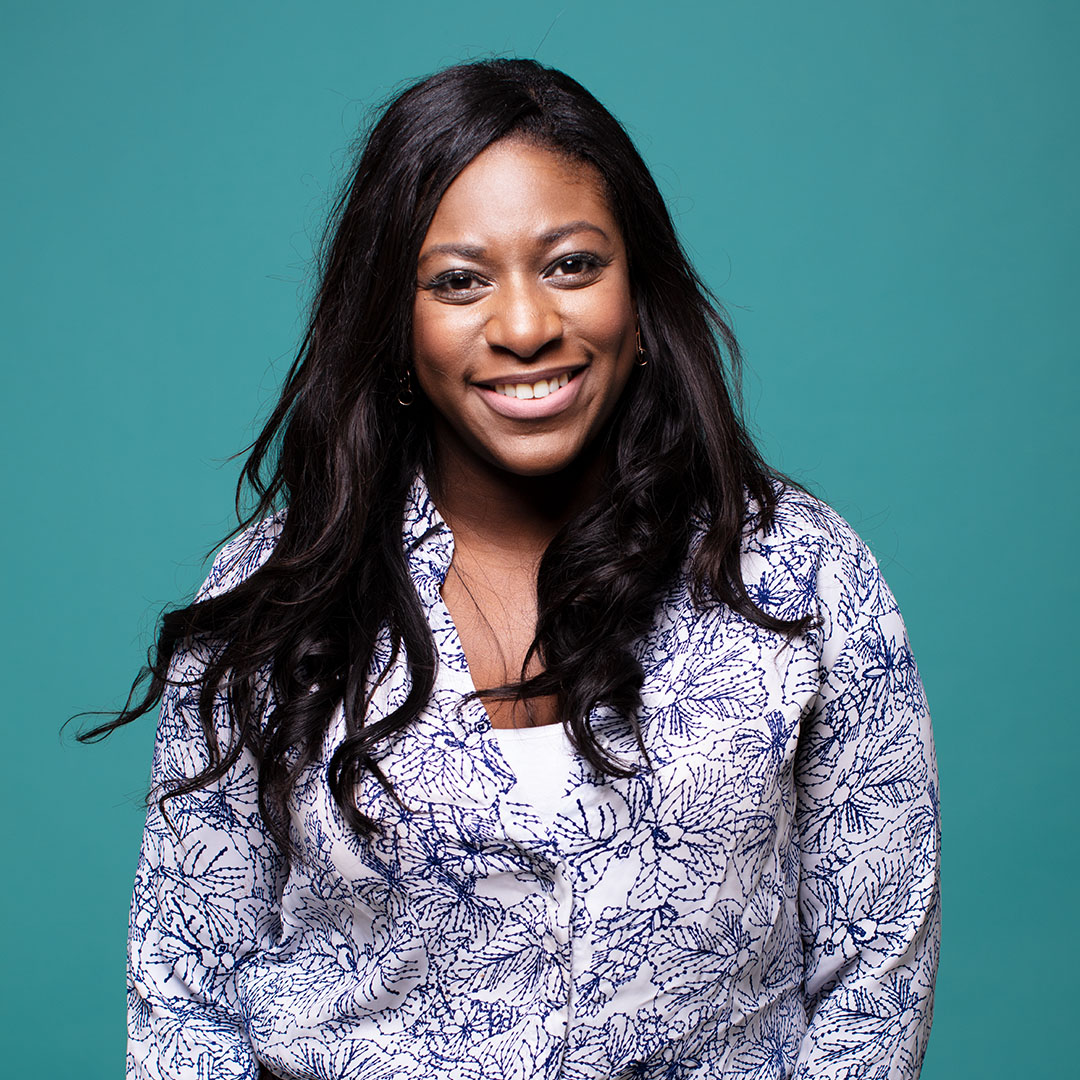 Look around you, now imagine the same cleaner you’ve seen picking up your discarded coffee mugs and empty your overflowing bins every day, turns up at one of your meetings presenting a deck of ideas to the ECD.

Now stop imagining - that’s what happened to me. I started my journey into advertising as a cleaner at TBWA. Fast-forward some years later and I was in the office working on a secret pitch in the same agency.

As a cleaner, I often found myself hands and nose pressed against the agency's meeting room glass window looking at the funny squiggles drawn on big sheets of paper. I now know these to be (cough) detailed scamps.

BRAVE - that’s the word I heard the most, “You’re brave to start again!”. Getting into advertising wasn’t an easy journey and I packed in the secure job I’d worked hard for in client services to start ALL OVER again. I felt knock back after knock back and went through placement after placement without landing a job. I questioned myself, I questioned the industry and I questioned the role.

Battered by all the rejection, I dusted myself off and tried again. This time with a nine month stint at Tony Cullingham’s advertising course; he armed me with the start-out tools I needed to become a better creative.

I applied for We Are Social’s Upstarts programme, that seeks to add diversity into advertising - especially looking for those who have come from a non-traditional route. After years of trying and failing and failing again, I finally found my feet as a creative, in a place that was right for me. 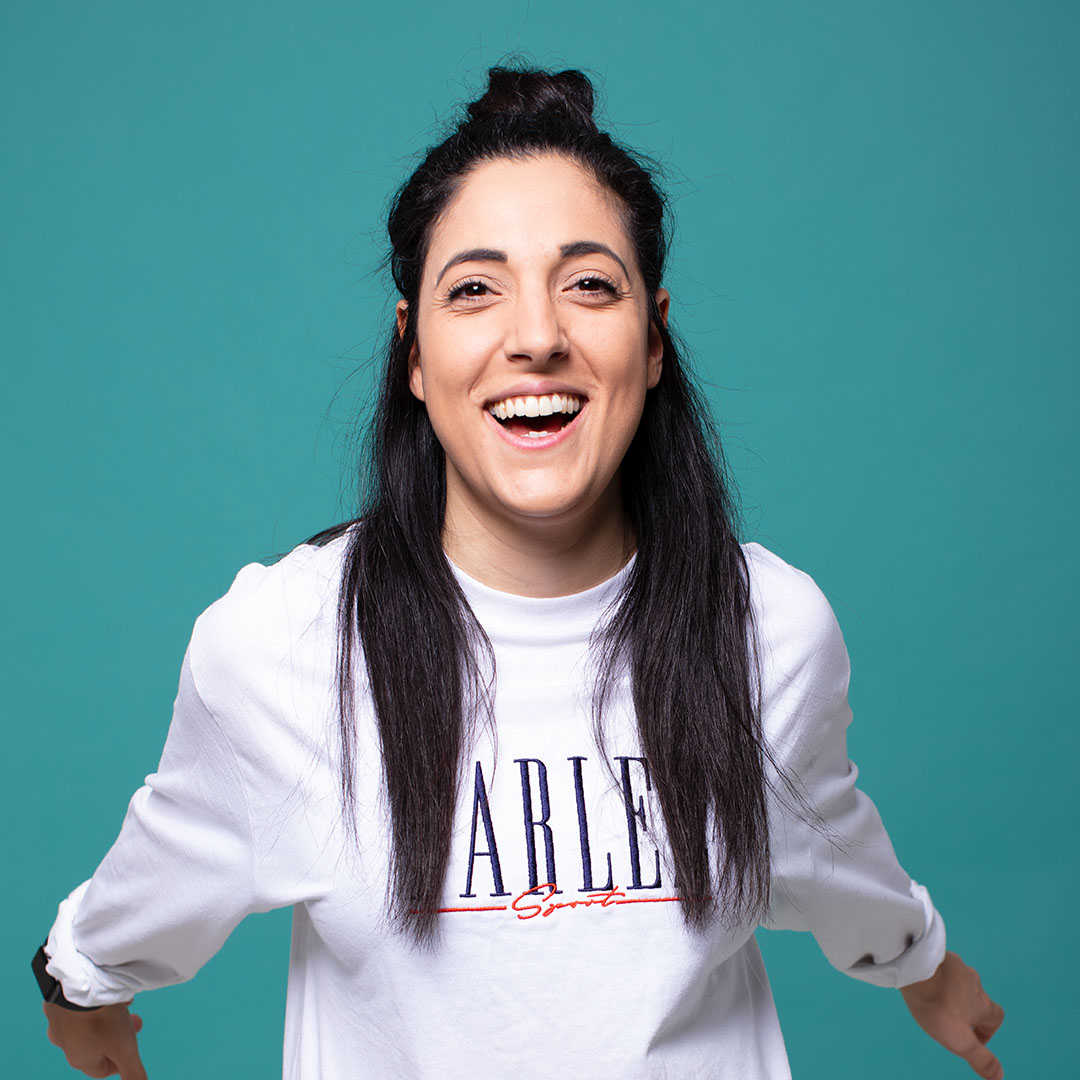 I have always loved drawing, but at the age of 16 I wasn’t sure how that would work as a career. With a lot of changes going on in my life - including coming out - I ended up neglecting my A levels and quitting school at 17, without a clue what I wanted to do.

A few months later, I began dating a girl who lived in a shared house. It had a built in studio and people from the LGBT scene would record songs and make music videos - getting involved in this was my first introduction to design and film making. I decided to apply for a degree in filmmaking, but without A-Levels or any form of education in film I was rejected everywhere - or so I thought. A month after university clearing occurred I checked my emails to find I had been accepted into Westminster Uni. Luckily for my future career in design, I’d missed it.

I knew I had to form a portfolio and get more education. While looking at courses in London I finally realised what design could be made up of. I was so excited, I chose an extra course and began learning illustration, graphic design, animation, digital photography and film. After this, I was accepted at The London College of Communication and finished with a First three years later.

If I hadn’t come out and got a little lost I may never have found the path I am on now. I am lucky enough to work in an industry I love. Four years on from graduating, I still sometimes pinch myself that I’m a designer.

The answers are never easy to find, but don’t give up looking. Only you can shape your own future. 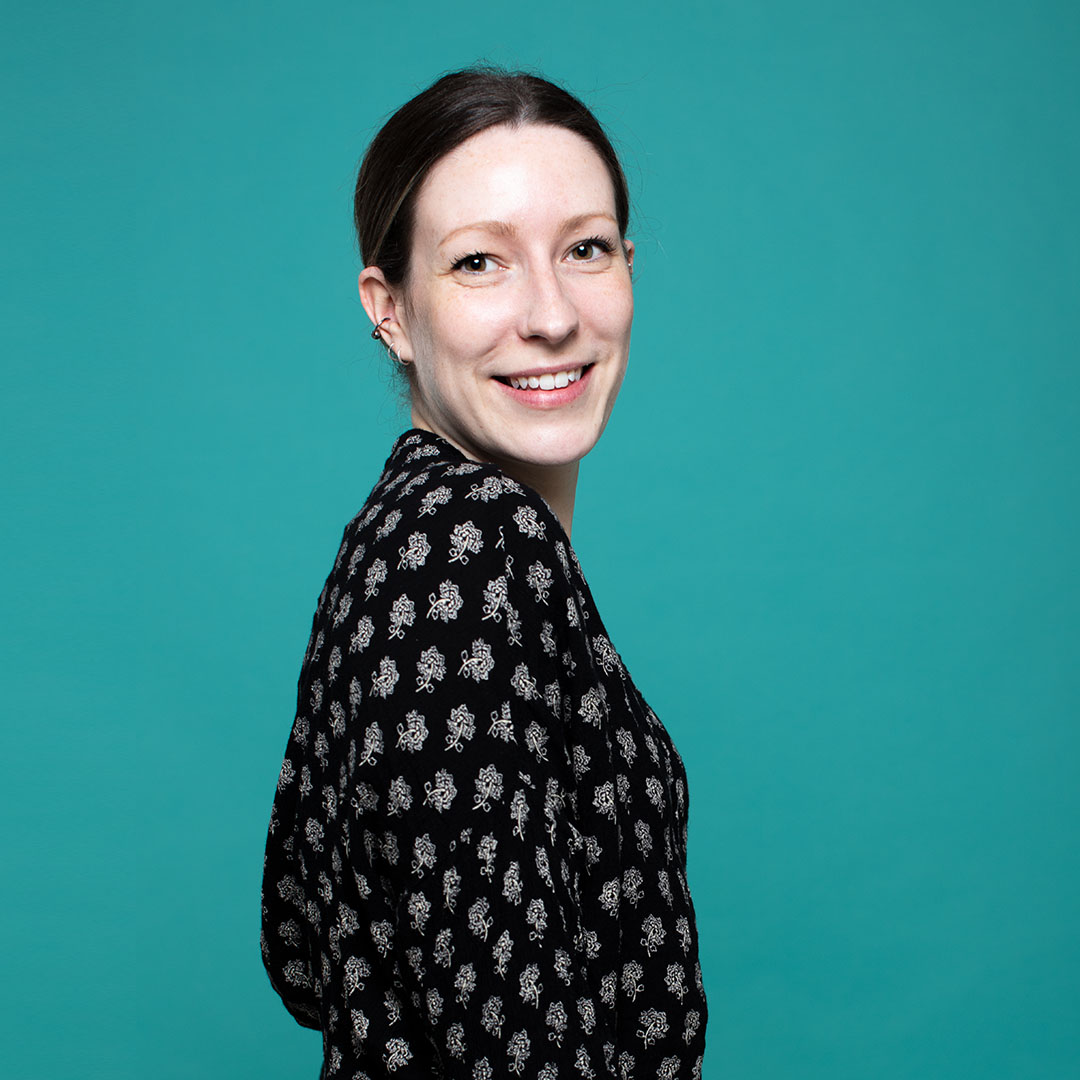 I didn’t make my journey into design particularly easy. I was 17, considering my choices for university and while I’d always been creative, I wasn’t sure how to make a career out of it. I had a dilemma - go with my love for fashion or try my hand at graphic design? I thought the latter was more daunting, so I chose fashion. Which was the wrong choice, as it turned out.

After graduating with a fashion degree, I took some time out, did the travelling thing, then came home and thought “What the hell am I going to do now?”. I fell into a fashion-focused job but it just made my love for design, which had been building over the years, grow stronger. I decided to do everything I could to make a career in design happen.

I started out with some online tutorials to build up some design skills. Once I had the basics nailed, I moved on to smaller projects, some of which I just made up for myself, or occasionally they’d come from friends of friends. I played around with different ideas, tried creating sites from scratch as well as rebranding.

Eventually I had enough of a portfolio to pester my way into a designer job at a small agency. I was very lucky to be supervised by a great senior designer who had a lot of time for me (and patience!) - and I just kept going. I’ve been at We Are Social for just over two years now, working on projects for Dr Martens and LEGO and I’ve never looked back.

Just keep pushing. Things aren’t always going to be easy, but eventually it will be worth it. Don’t worry if you haven’t got everything figured out yet - nobody has.

We Are Social’s Monday Mashup #463