Facebook adds 'Care' reaction button
Over the course of this week, Facebook is due to update its Reactions options for both its main platform and Messenger app. It will be adding a new 'care' Reaction - a face hugging a heart, aimed at helping users show their support for one another during this crisis. Along with the new care Reaction, Facebook Messenger will also be getting a new 'beating heart', which users can choose instead of the existing non-animated heart by pressing and holding down on the default heart reaction. 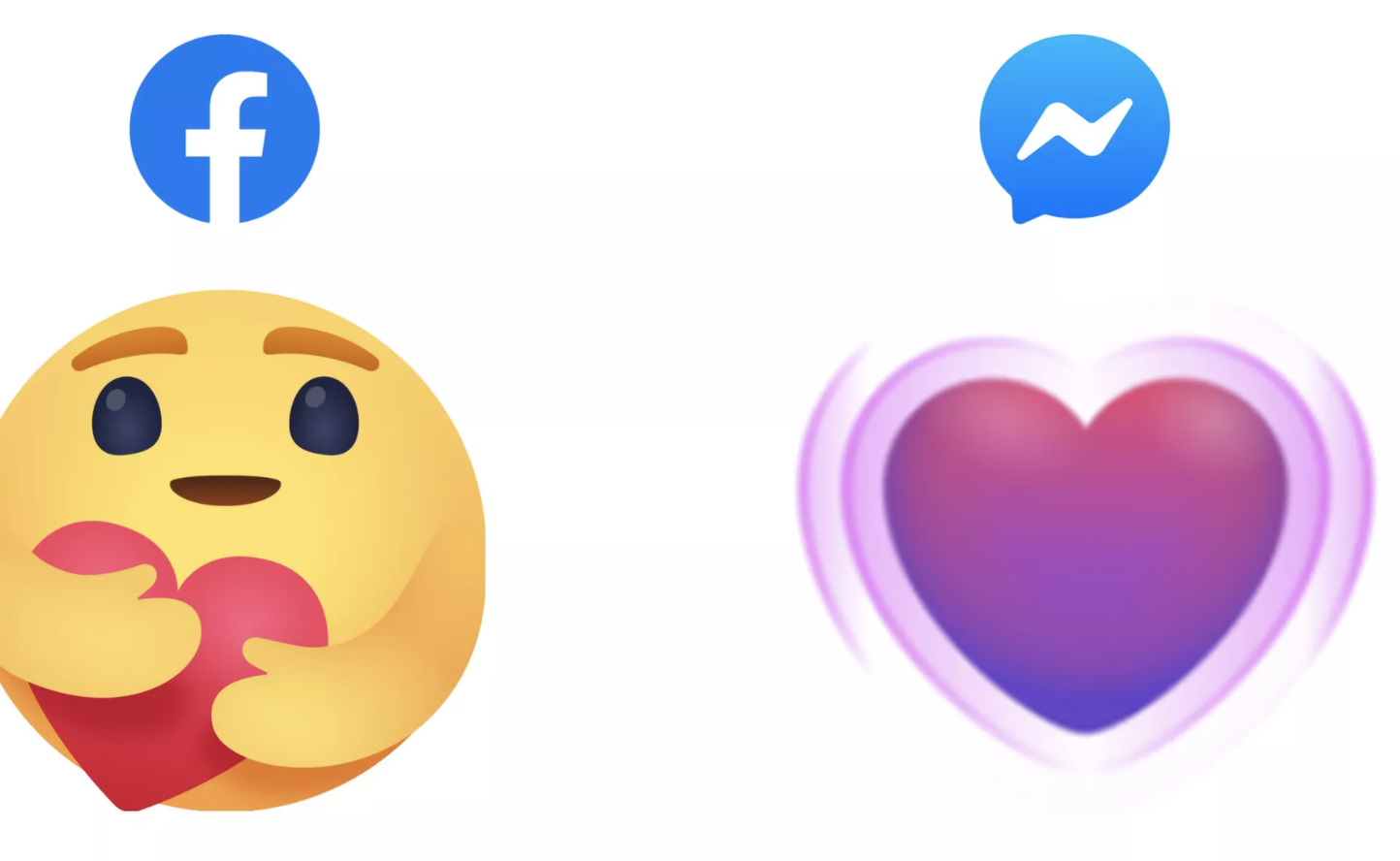 Instagram releases a new Sticker to support small businesses
Instagram has announced the release of a new Sticker option for Stories, which gives business and creator accounts in the US and Canada the option to direct people to a website where they can order food delivery or buy gift cards. Businesses also have the option to include this link as a permanent button on their profile. A global rollout of the new Stickers is planned for the coming weeks. 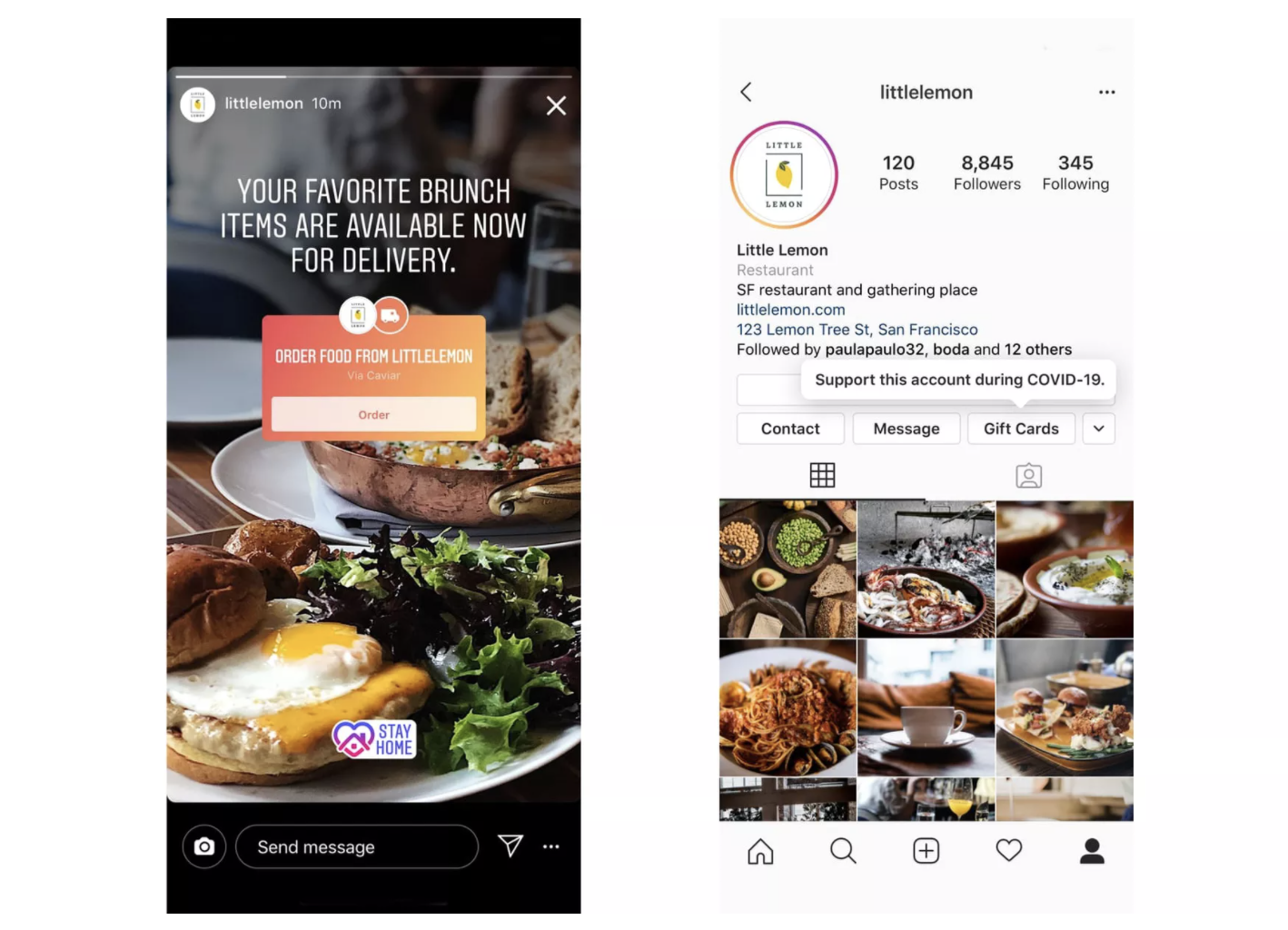 YouTube launches new Video Builder tool
To help ease the marketing pressure on small and medium sized businesses during this crisis, YouTube has launched a free Video Builder tool which enables businesses to create either six-second or 15-second videos on the platform. Users can animate static images with different layouts, depending on their messages and goals, and music from YouTube’s library to gradually build the videos in-platform.

TikTok adds a voiceover feature
TikTok rolled out a new voiceover tool that enables video creators to add their own voices to their content. The new feature can be accessed via the editing page and tapping the microphone icon in the corner.

Voice Over for videos? We’ve got that. Try our new ##voiceover feature, available now. 🗣

TikTok makes its platform safer for children
TikTok has amped up its parental controls with a new feature called Family Pairing, which allows parents to link their kids’ accounts to their own. Once linked, parents can then disable direct messages, turn on restricted content mode, and set screen time limits. However, parents will still have to get their kids to agree to have their accounts linked under the new system. As part of the move towards increased safety, TikTok has also banned its youngest users from accessing direct messaging, so only those aged 16 and above will able to use the feature from 30 April.

Pinterest focuses on small, sustainable brands for World Earth Day
To mark the 50th World Earth Day, taking place this week (April 22nd), Pinterest has stocked its shopping profile, @PinterestShop with a hundreds of new products from 21 sustainable and ethical businesses across the US. As part of the campaign, television personality, fashion designer and author Lauren Conrad also curated her own board of favourite eco-friendly products from her brand, The Little Market.

WHO rolls out an interactive Health Alert experience on Messenger
The World Health Organization released a new Health Alert experience on Facebook Messenger which provides accurate, timely and free information about the coronavirus pandemic to Facebook users globally. The project follows the success of a similar activation WHO recently ran on WhatsApp, which helped the organisation reach over 12 million people.

LEGO releases ‘Be A Hero’ PSA to help children through COVID-19
Following a brief from the UK government asking for a PSA that children could easily understand, LEGO and 10 Downing Street teamed up (with support from We Are Social Studios) released 'Be a Hero' - an animated video campaign for social sharing some of the government's most important messages around COVID-19.