The nuances of European social media

At 12:30pm tomorrow, in Austin, Texas, I'm meant to be giving a talk entitled 'Lost In Translation: The Nuances Of European Social Media’ at SXSW: 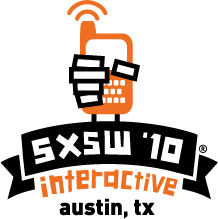 Europe is ahead of the US in terms of the consumer usage of social media, and yet little attention is often given to the nuances of what is on one hand is the world's largest economy and on the other a collection of 48 countries with very different cultures.

Find out why the blogging scene in Paris is 2 years ahead of the US, the Brits are all a Twitter, the Dutch prefer Hyves to Facebook and the Germans will take any chance to give brands a hostile reception in social media.

I'm very honoured to get a speaking slot. The SXSW organisers whittled down over 2300 applications to just 300 based on public votes (if you were one of those that voted - thank you!) and their own judging criteria.

The trouble is, I'm not going to be there. Despite some of our friends taking the whole company to SXSW, with the speed things are moving here in Europe for We Are Social, right now I simply can't afford five days away from the office.

Thankfully, our friend Peter Bihr (@thewavingcat), one of Germany's leading social media thinkers, has agreed to step into the breach and lead the talk, but he's not had much time to prepare. So, we need you your help - I'm going to talk below about what I was planning to cover, but please chip-in in the comments if you have any insights to add of your own. Peter's relying on you!

For those needing to get up to speed, Forrester's social technographics profile tool is a good place to start. To save you the trouble of playing around with all the drop-downs, here's a presentation I put together based on the data from it:

As you'll see, there's a lot of variation between age groups in each country, with different generations in different places using social media in different ways. Germany really does seem to be lagging behind, with the Netherlands and Sweden leading the way.

However, the data doesn't support the deliberately provocative proposition in my preamble that "Europe is ahead of the US in terms of the consumer usage of social media". Well, Forrester is only one source of data, and others paint a different picture.

Nielsen's 'Global Faces and Networked Places' report from March last year showed Spain, Italy and the UK ahead of the US in terms of social media usage: 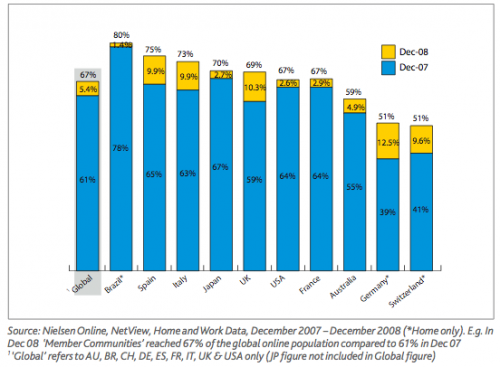 And others often show similar findings. Universal McCann's Social Media Tracker Wave 3 showed the vast majority of Europe ahead of the US in terms of blog readership (page 18), people starting their own blog (page 22) and membership of social networks (page 36). Sysomos has shown that London is the captial of Twitter (in fact, it could be argued it's the social media captial of the world), and more recent data from Neilsen shows that people in the UK and Italy spend more time on social networks each month than those in the US: 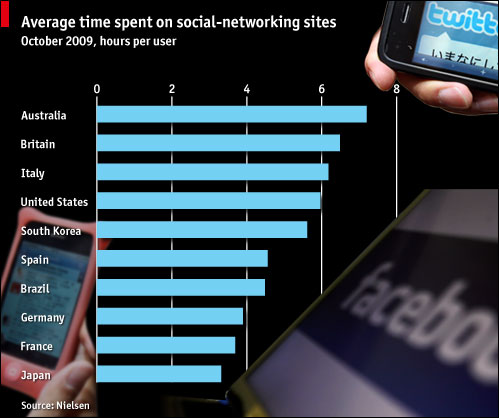 Aside from the detailed look at European social media usage that the Forrester data provides, there are other reports worth looking at. Our friend Tom Smith of Trendstream put this really useful deck together based on his first round of Global Web Index data:

And IAB Europe's Marketers & Consumers, Digital & Connected data is really useful when trying to understand what's happening in some of Europe's regions and smaller countries. Here's a summary of their findings:

So far, I've concentrated on European social media usage and behavior, but it's worth remembering that Europe has a rich landscape of social media services, despite Facebook's merciless and continuing rise to world domination.

The FT recently carried an article by Maija Palmer that's essential reading if you want to understand this landscape - 'A future alongside Facebook’, looking at the fate of services like Skyrock in France, StudiVZ in Germany and Tuenti in Spain now they've been eclipsed by Facebook. Meanwhile it seems that Hyves in the Netherlands, Vkontakte in Russia, nasza-klasa.pl in Poland (which famously was more popular that Twitter in the UK this time last year), Lidé in the Czech Republic and iWiW in Hungary are holding their own against Facebook in their respective markets.

So where does that leave us? Europe is a complex and varied continent, and it's no surprise to find that its social media landscape matches this. From our pan-European campaign experience, we know it's important to treat each country differently, and we always make sure we either have a native of each country working on the team in London or Paris, or we work closely with local partners. Despite the varied uptake and usage of social media in different countries, we've found if we respect the local social media culture, it's possible to run successful social media campaigns in any market in Europe. 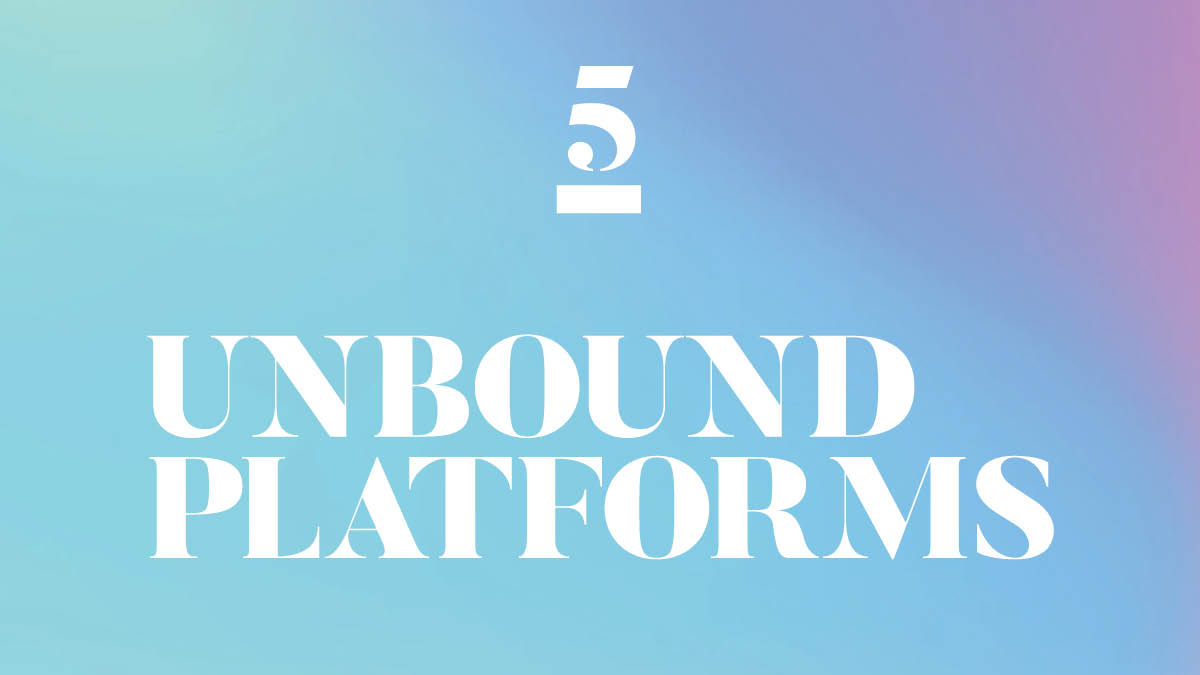