Hello from Down Under

As our new readers arriving via Mumbrella, B&T, Digital Media, wearesocial.com.au & @wearesocialau will know already, today we're proud to announce the launch of We Are Social Australia.

Allow me to introduce Julian (julianward) the Managing Director, and myself, Heather (likeomg) the Strategy Director of We Are Social here in Sydney. We're looking forward to meeting you and having a chat about what's happening in social media in Australia, the Asia-Pacific region, and the rest of the world. 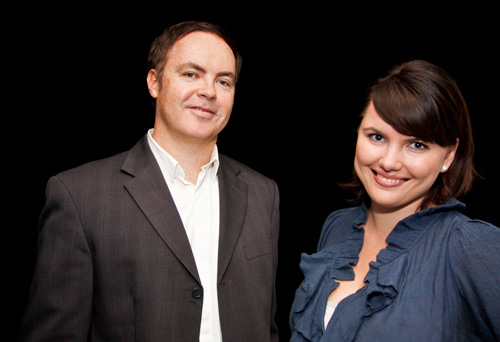 Although the last few months have been busy with plenty of early morning and late night Skype calls between Sydney and London (and I'm certain there will be many more to come), the genesis of Sydney office was, appropriately enough, based in social media.

I first met Nathan at Twestival last year, here in Sydney, when We Are Social first came on my radar. From then I've been watching with interest and a certain amount of jealousy as the team did amazing work in Europe… and now I'm lucky enough to be a part of that team. That's pretty exciting stuff, if you ask me.

Julian met Nathan during his time in London, and through many social occasions become friends. Yet it was social media that kept them connected, personally and professionally, when Julian moved back to Australia.

It's a unique country we live in; we are geographically isolated, yet now so incredibly connected to the rest of the world - and each other. There are plenty of theories about why Australians have adopted platforms such as Facebook more avidly than other countries, but really the answer is pretty simple: we are social.

One of the eternal questions you hear asked about Twitter, especially by those who don’t use it themselves,...