Life of a link depends on content, not on which social network
There's a common misconception that links last a lot longer on Facebook than Twitter, because the newsfeed moves slower than the stream, but research from bit.ly confirmed that this isn't the case: the half life of a link (ie the time it takes to receive half its total clicks from when it's first shared) is on average 2.8 hours on Twitter, and 3.2 hours on Facebook - not a massive difference, although on YouTube links last considerably longer. 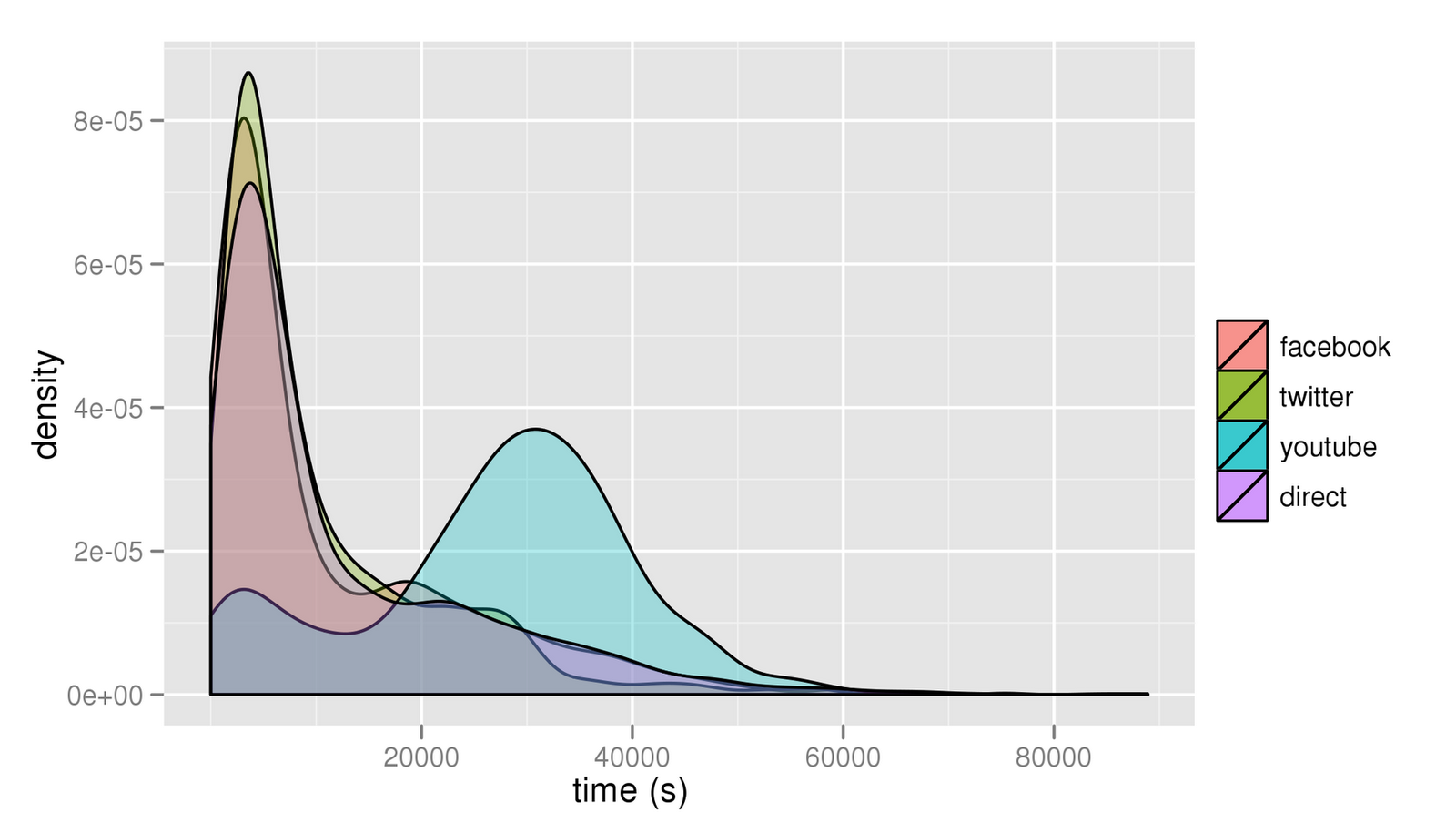 Facebook doubles revenue - ready for IPO?
A source from within Facebook revealed last week that the social network had generated $1.6 billion in the first half of 2011, with net income of almost $500 million. Considering it generated $355 million of net income in the first nine months of 2010, this is pretty much a 100% increase year-on-year. 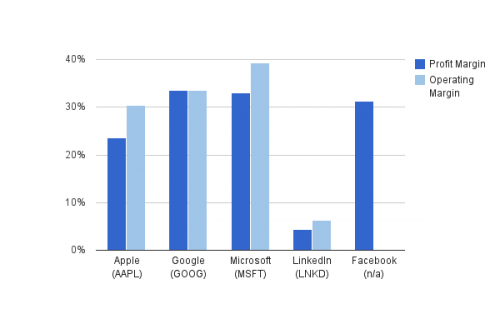 Facebook revamps lists feature, tries to imitate Google+
Facebook is testing a new lists feature, very similar to Circles in Google +. Called Smart Lists, they can be automatically created and updated - as opposed to Facebook's old feature which was completely manual. 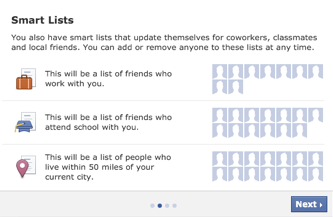 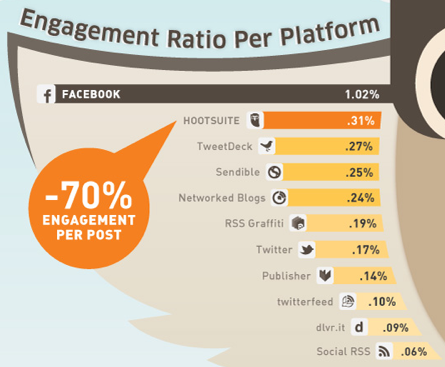 This is clearly very important - EdgeRank is vital to the success of a Facebook Page, and this research shows that third-party tools clearly effect the newsfeed optimisation of a post. The flip side of this is that Facebook has a secret list of apps which it 'protects' so that engagement isn't reduced which includes Buddy Media, Vitrue, Involver, Context Optional and Syncapse.

Twitter reaches 100 million monthly active users
Twitter announced some new user figures last week: it now has 100 million monthly active users, of which 55% access the service using mobile devices, but only 60 million of those active users actually post. These are impressive figures, increased all the more by the knowledge that 3/4 of users - a further 300 million (I know, I'm a mathematical genius) - visit and use Twitter without being logged in. This hits on how many people use Twitter simply to consume information and it's no bad thing.

Twitter and Bing extend partnership
Twitter and Bing announced last week - via Twitter - that they've extended their partnership which allows Bing to access Twitter's information. If you're a fan of having a little sick in your mouth, then the exchange below is just for you... 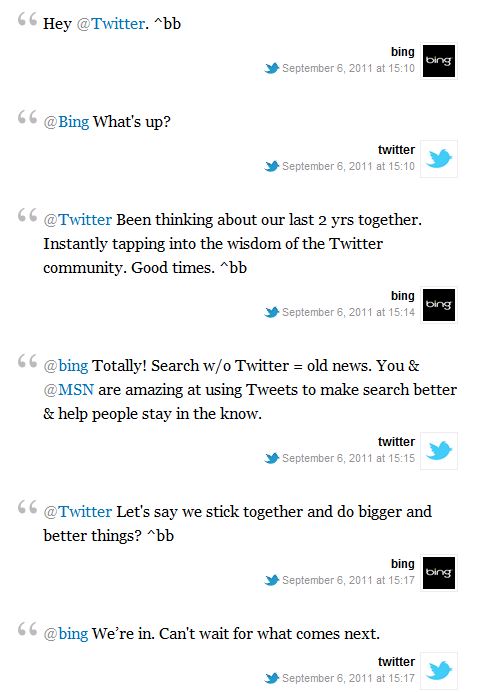 GetGlue sees 130% growth in check-ins in three months
New figures released by GetGlue (a platform which allows users to check-in to TV shows, as well as other media) indicate that it's growing at an exceptional rate; while it still has a limited userbase, the growth shown by the graph below means it's definitely still one to watch. 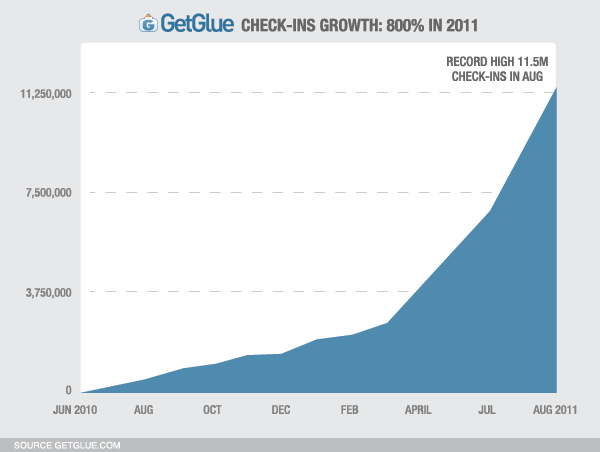 David Guetta sells his album via Facebook
I haven't heard of him, but apparently David Guetta is selling his new album with Facebook credits, which opens up a whole new avenue for Facebook as a competitor to iTunes. For all I might mock this, Guetta now has the 39th most popular Facebook Page with 23.6 million Facebook fans. So go, er, Guetta yourself one.

Sharp include hashtag on TV ads
Around the live TV coverage of the England v Wales football game, Sharp used the hashtag #thisiswhy on their TV ads, in a bid to generate conversation. One of the sharper ideas we've seen recently, which is good for online engagement. 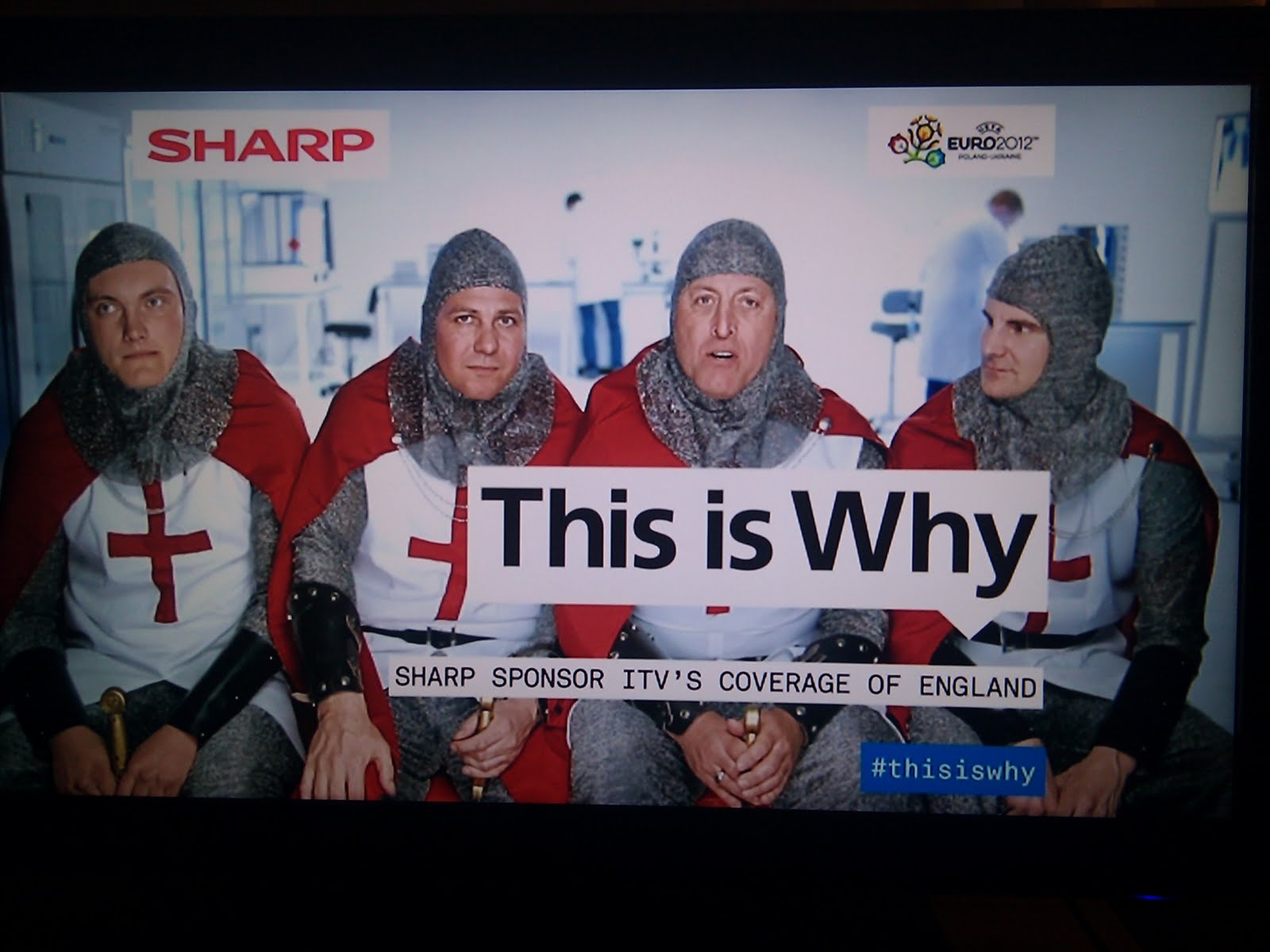 Epic blogger outreach fail from ConAgra
This one deserves a whole post of its own: in short, food bloggers were outreached on the promise of a special meal, and were actually served a re-heated frozen lasagna to try and generate a positive reaction. Instead, cue outrage. It's so bad it's almost like the agency behind it came up with it just to pasta time away. 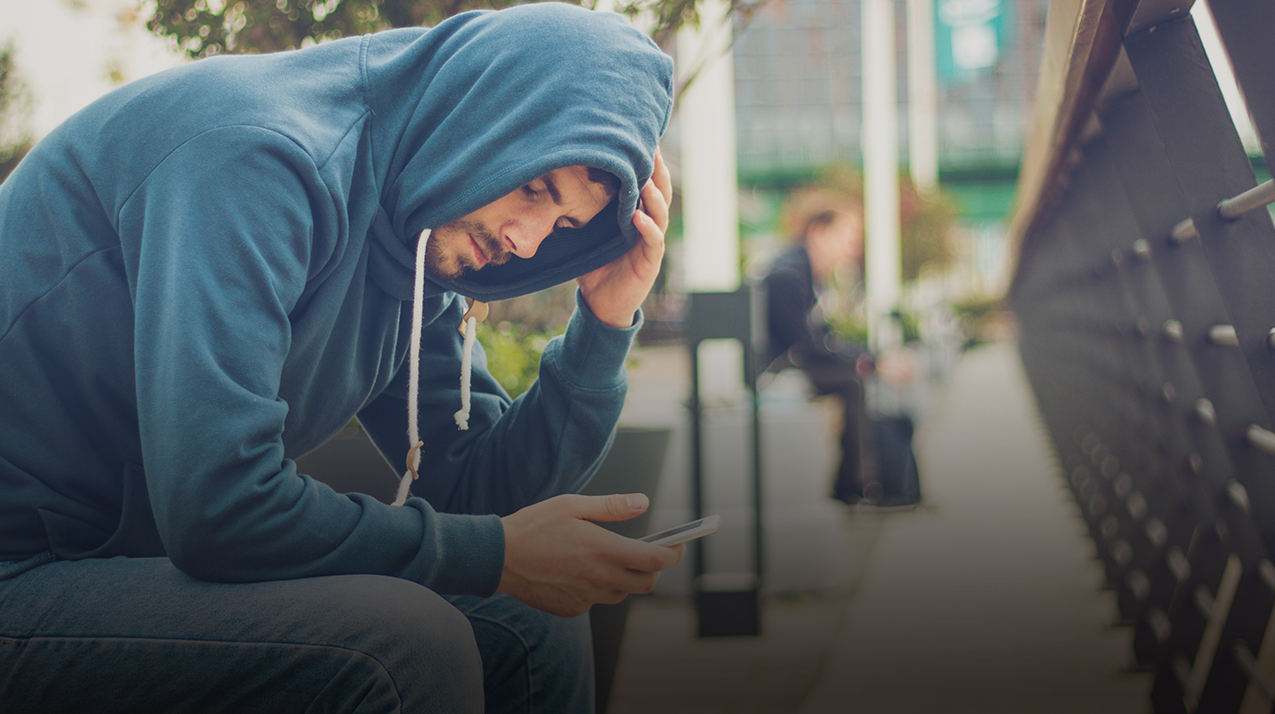