We Are Social Asia Tuesday Tuneup #145

Line has reached 30 million users in India
Line has been growing rapidly in Asia recently. According to the Japan-based company that runs the popular service, Line has just reached 30 million users in India. This is compared to the 10 million it reached in October of last year. In order to increase its fan base on a ongoing basis, Line has recently partnered with Groupon and Japong, the messaging app is now able to offer deals and discounts to its Indian users. However, Line is still facing strong competition from Whatsapp and Facebook massager in India. According to Whatsapp, it announced that it reached 60 million active users in the nation in August. 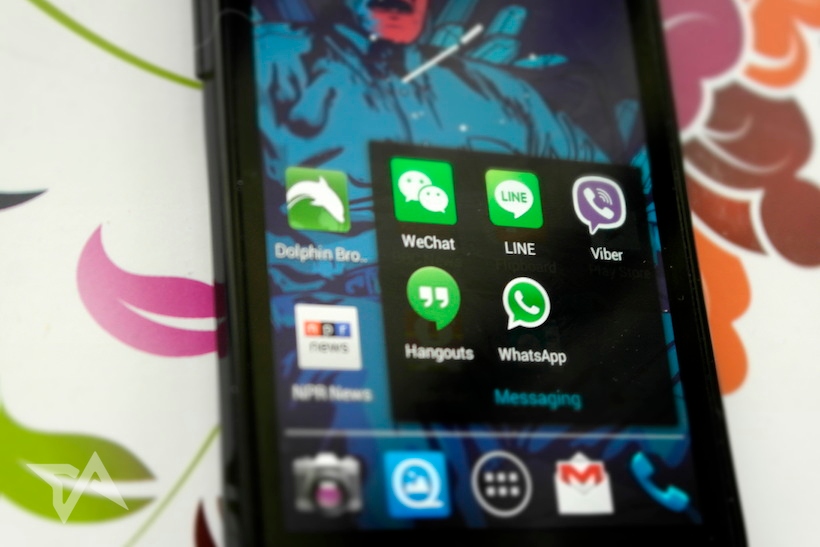 Social media celebrates inauguration of president Jokowi
Social media is playing a dominating role in the Indonesia’s election this year. A successful example is that the election campaign of Mr. Widodo, during which the new president leveraged the major impact of social media to garner great support from a network of tech-savvy youth. There are millions of Indonesians who frequently access social media platforms, and so it comes as no surprise that more than one million tweets between Sunday afternoon and Monday were related to the presidential inauguration of Indonesia’s Joko Widodo. The president of Indonesia currently has 4.8 million “likes” on Facebook and 2.45 million followers on Twitter, and President Jokowi was the top trending term on Twitter on the day of his inauguration. According to Twitter, there were nearly 95 million election-related tweets from Indonesia between July’s election and the start of the year. 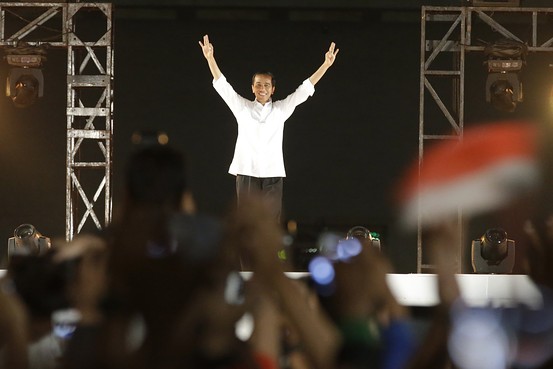 Teenagers like, totally hate Facebook
Facebook looks set to join pogs and yoyos (does this blog post make me look old?) on the teenage scrapheap. A survey by finance folk Piper Jaffray has found that only 45% of teens admitted to using the network this autumn, compared with 72% in spring. There’s certainly fear that, if trendsetters deem the network ‘uncool’, their friends will follow (and where they go, so will the marketers). Now if you’ll excuse me, I’m gonna strap my Heelys on and head over to Tumblr.

Organic Facebook reach keeps plummeting
Adobe, a Facebook Strategic Preferred Marketing Developer, has released its Q3 2014 report, finding that its clients have seen a 50% drop in organic reach over the course of the year, while paid impressions have increased just 5%. The company predicts that paid will grow another 10% to 20% in Q4, as marketing budgets increase for Christmas. To those of you that like graphs/hate words, here’s that story reworked for your benefit.

More video views on Facebook than YouTube
Facebook has, for the first time, surpassed YouTube for number of desktop video views. The social network snuck past its rival by a cheeky billion (12.3bn views vs. 11.3bn from July 2013 to August 2014), aided in part by its autoplay functionality. Marketers are making up part of this trend, as suggested by Socialbakers figures released last week; between May and July 2014, there was a 50% jump in the number of videos uploaded directly to Facebook from content marketers.

Facebook stickers available for comments
Facebook stickers are being rolled out to all post comments (timeline, groups and events), where previously they’ve been available only on Messenger. Below you can see how people might use them to talk about burgers, if they forgot the word for burger.

Audio comes to Twitter
Twitter has added sound. The new Audio cards have already been used by a number of pages, including NASA, The White House and, erm, David Guetta.

When we identify a Tweet, an account to follow, or other content that’s popular or relevant, we may add it to your timeline. This means you will sometimes see Tweets from accounts you don’t follow. We select each Tweet using a variety of signals, including how popular it is and how people in your network are interacting with it. Our goal is to make your home timeline even more relevant and interesting.

Snapchat shows its first ad
Snapchat has entered the advertising game. Last week, it announced that this would be the case, before releasing the first advert over the weekend: a snap for upcoming horror flick ‘Ouija’.

The message showed up in users’ ‘recent updates’ feed, where we’ll expect to see any other ads in the near future. Asked about the reasons behind advertising, Snapchat said:

We need to make money.

Fair enough guys, it’s almost payday. We’ve all been there.

G+ is going nowhere
Google+ is staying with us, at least for the foreseeable future. Google’s new head of social media, David Besbris, has said that the company plans to remain in social for ‘the long haul’, so don’t go deleting your account just yet.

Skype creates a rival to Snapchat
Skype has launched a video messaging app, called Qik, which is the latest in a list of ‘Snapchat rivals’. Users can send video messages to their friends via the purely mobile app – each of these can last up to 42 seconds. Jokes on a postcard, Douglas Adams fans.

KLM is #happytohelp
Dutch airline, KLM, used the hashtag #happytohelp for a week-long customer service campaign, in which they used Twitter to help travellers, whether or not they were KLM customers. The aid took many forms, from personalised videos to a boat for skipping JFK-bound traffic.

Our #happytohelp crew is in full action. Here we are preparing personal videos with tips for passengers. pic.twitter.com/W83YazBknk

Wyke Farms trademarks ‘Free Cheese Friday’
Wyke Farms has become the first brand to register a trademark based on the success of a social campaign. It’s been using ‘Free Cheese Fridays’ to give out, well, you can probably guess. So now NOBODY ELSE can give out dairy products on Fridays. It all sounds like a laugh, but you didn’t spend your weekend trying to find a use for 14kg of Stinking Bishop.

Social media and the Scottish referendum
Social media was more influential than its mainstream counterpart in influencing decisions around the Scottish independence referendum. According to YouGov research, 39% of voters were influenced by something they saw on social, compared with 28% for mainstream media. Poor old Alex Salmond clearly doesn’t have enough Facebook friends.

We Are Social Asia Tuesday Tuneup #141

Line has 30 million users in Indonesia Line recently announced that it has topped 490 million registered...