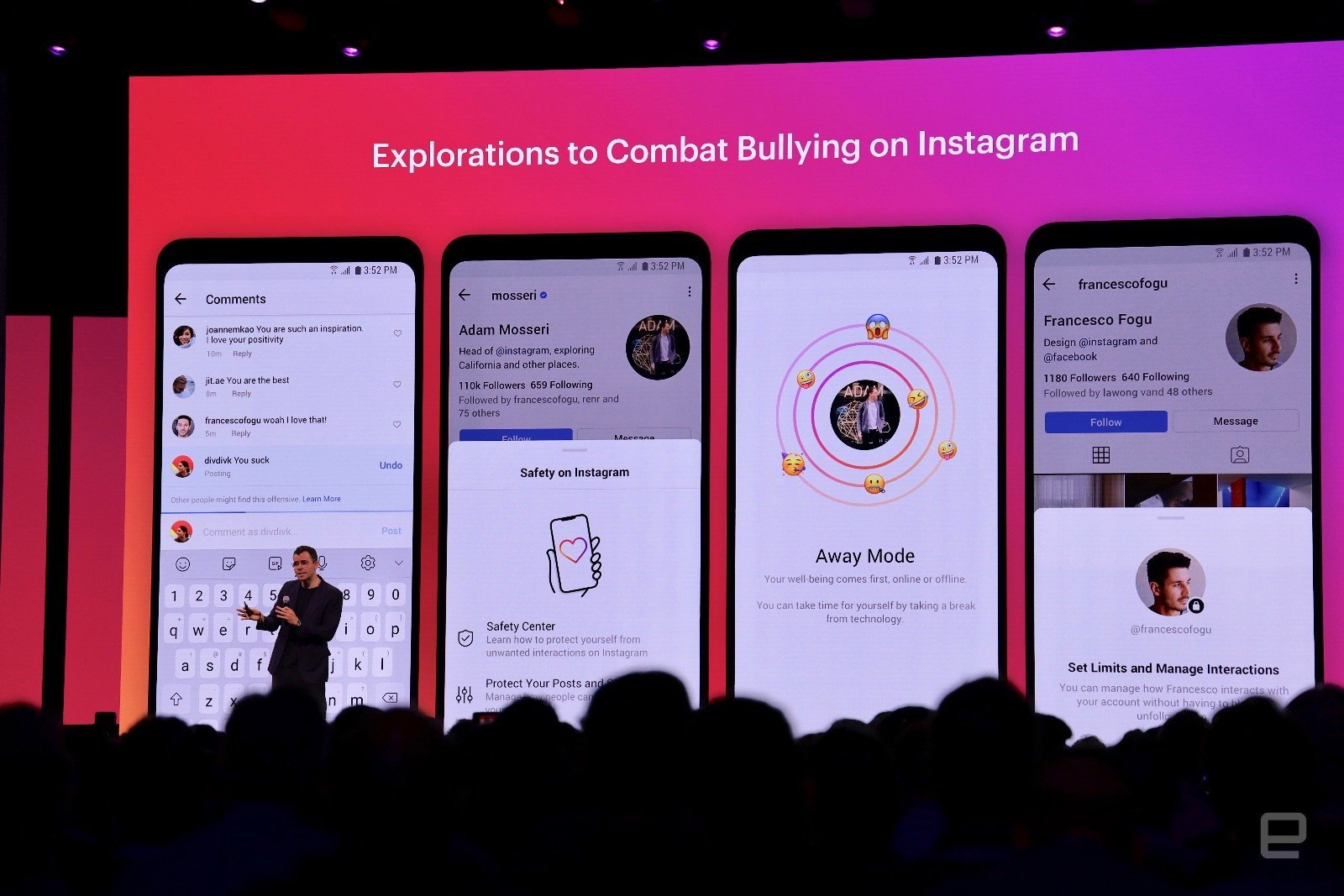 The second feature, which is still being tested, is all about restriction, empowering the targets of bullying to stand up for themselves. It’s designed to help teens filter abusive comments without resorting to blocking others.

Bullying has been part of the dark side of Instagram and other social networks for years. With these two new features, it’s clear that Instagram is dedicated to tackling cyberbullying, and we expect them to share more updates soon.

It’s no secret that Snapchat is a big fan of sports, and tennis is no exception. Last year, it released a 3D Bitmoji Lens that let users “take on” tennis legend Serena Williams at Wimbledon. This year, they launched a real-time Bitmoji multiplayer tennis game that enables you to challenge your friends right within the chat function.

You can find “Bitmoji Tennis” by opening a chat and then tapping on the rocket ship icon. The gameplay looks similar to the old Wii tennis game. You tap the screen to serve the ball and run left and right. When you get close to the ball, your racket swings automatically, and you aim by tilting the phone.

With Snapchat having more than 186 million users in February, and it reaches 90% of all 13-year-olds to 24-year-olds in the U.S, it’s no wonder they have been piling up on the multiplayer games on Snap, despite the fierce competition from other console games or other high-end mobile games.

Instagram’s newest chat sticker allows people to invite their followers to join them in a new group chat and for the poster to choose the people joining the chat. This sticker is rather straightforward and is positioned as a solution for users looking to have a big group conversation with their followers–or as a shortcut for making plans.

However, in May, Instagram confirmed the discontinuation of Direct, its standalone app version of the Instagram DM feature. With this new Chat sticker, it shows that Instagram is clearly still interested in iterating the core product to make it more engaging for users and better linked to Instagram’s other core sharing capabilities.

If you add a chat sticker to your story, your followers/friends on Instagram can simply tap on the sticker to request access to the chat. Once you select your chat participants, the new chat will take place in their direct messages inbox on Instagram.

This feature seems to be designed for users who interact regularly with their real friends on Instagram. For brands and influencers, this sticker poses an unknown. Content creators could start a conversation with their fan, but that could get unwieldy quick. This sticker harkens back to simpler times on Instagram where people used to share content and talk to each other, before curated and sponsored content became the norm.

Marketers can look forward to an easier to use, more sophisticated ad manager on LinkedIn. You’ll soon be able to retarget users who have engaged with their LinkedIn ads, a feature that has already been available on platforms like Facebook and Instagram. Narrower geography-based targeting will also be introduced in the near future. With the acquisition of cross-device data company Drawbridge, experts anticipate more cross-device targeting on the platform too. These forecasts follow a prior round of upgrades that include interest-based targeting and lookalike audiences and targeting based on company, demographics, education, and job experience.

Said Stephen Vujevic, director of digital strategy at Gregory: “It’s great to see them giving the ad platform the attention it deserves...it’s pretty evident that they’ve been systematically focusing on pain points across the platform to slowly evolve it and improve.”

We Are Social Asia Tuesday Tune-Up #368

Don’t be surprised if you soon come across ads while scrolling through Instagram Explore - the Facebook-owned app has ventured into marketing on the Explore grid, showing users ads once they’ve tapped into a post and browsed through similar imagery.