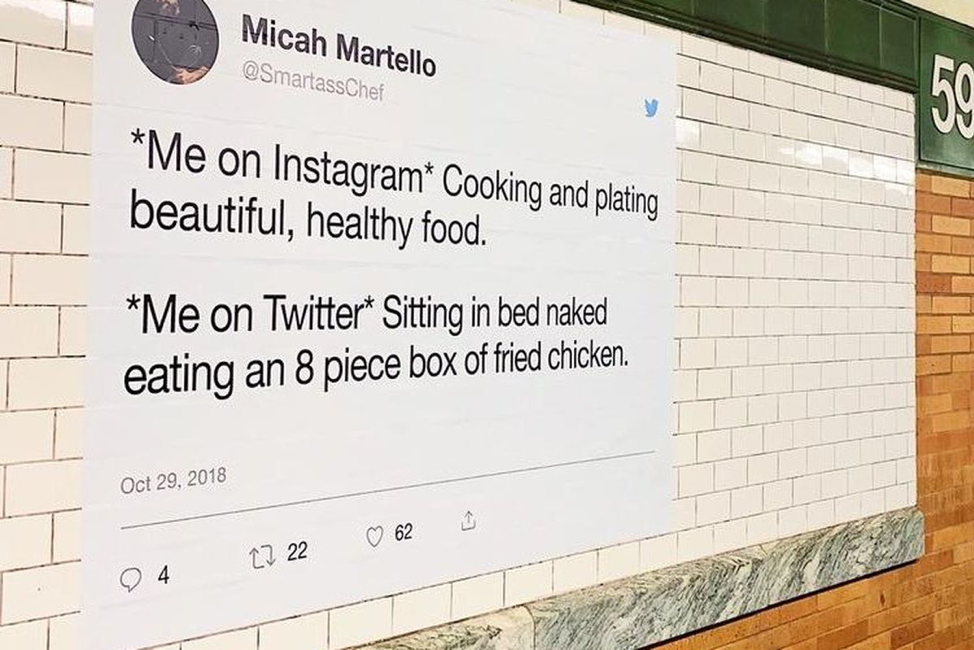 We Are Social Asia Tuesday Tune-Up #373

Written by Melantha Tan, Fu You Quan and Shane Carroll.

The Imperfect Tribe: A Social Media Movement About Being Real

Twitter embraces it’s contrast to Instagram and celebrated its individuality in a self-aware OOH campaign. They turned real tweets into ads, showing users that it’s the place where you can just be yourself.

The campaign “Me on Twitter” comprises 31 tweets, illustrating how people use Twitter versus other platforms. The activation popped up in New York and San Francisco, with a total of 128 placements in the two cities.

The campaign wants to remind users that the platform is a fun place to hang out and find silly tweets to laugh at — the human side of social media.

As explained by Snap:

"The “Real Friends”campaign is designed to elevate the power of friendship, and celebrate Snapchat as the best platform for communication and self-expression with your real friends through the voice of Snapchatters and luminaries."

The campaign highlights the individual stories of friends on Snap’s YouTube Channel, This push further promotes Snap's capacity to help keep users connected to those friendships that truly matter. Snapchat is not about capturing the perfect Kodak moments. They encourage users to express themselves and share however they felt in the moment, giving rise to the ugly aesthetic.

It’s interesting to see the launch of these self-aware campaigns from two major social network encouraging their users to embrace themselves – flaws and all – on their platform. These two campaigns plus Instagram’s move to remove likes; it looks like the facade on social media is slowly and surely fading.

Step up your TikTok game by adding GIFs to your videos.

TikTok, the app of choice for teens today, is adding another tool to its arsenal: GIF stickers.  The update, part of a partnership with GIPHY, allow users to add GIF stickers to their videos by simply hitting a button. On top of that, users can also create new GIFs for Giphy based on what they are doing on TikTok. They even work with Giphy Studios to create stickers that reflect some of the more popular memes and hashtags on TikTok.

At the moment, there’s a lot of heated competition to bring the most popular creators to do their best original work on a specific platform. This update could potentially be one way to help woo them to TikTok over others. On the other hand, given TikTok’s popularity, this partnership could also help Giphy expand its reach even further. It's a win-win situation.

Quoting TechCrunch, there’s also a longer-term benefit that this update brings to the platform: While TikTok has yet to turn the advertising taps on to full volume, stickers can become an obvious way of bringing in more #brands and messaging in a way that keeps the fun ethos of the platform intact.

Facebook finally put an end to community managers looking up third-party tools or standing by their devices at odd hours of the day (and night!) with three long-awaited words: Native. Instagram. Scheduling. People who log into Facebook’s Creator Studio will now see this as an option on their dashboards, fully furnished with options for location tags, emoji, an image editor, multi-photo capabilities and a choice between Instagram Feed or IGTV (no Stories yet though!). 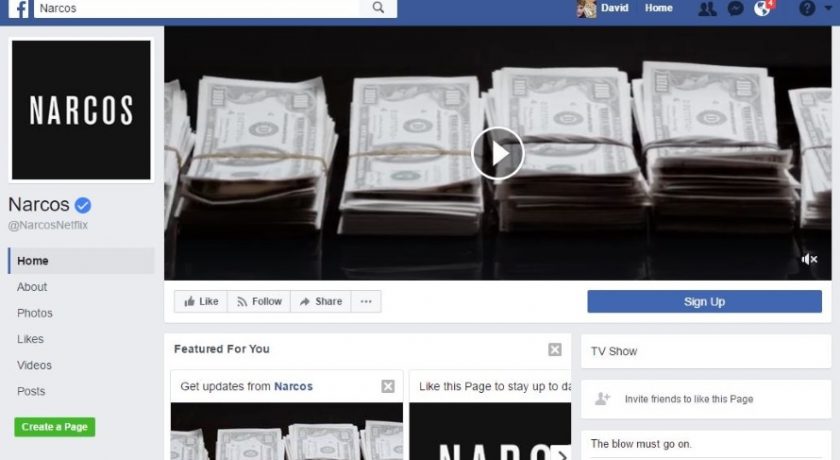 WE ARE SOCIAL ASIA TUESDAY TUNE UP #267