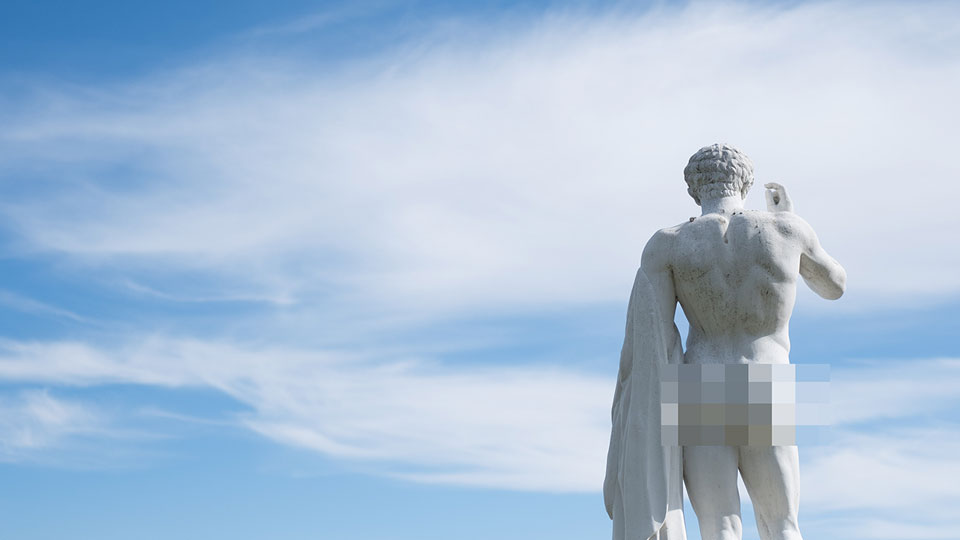 Tumblr bans boobs
The microblogging platform announced they'll be banning all adult content, as of December 17. And it's not just photos. Even adult illustrations are getting the chop. Tumblr have started to identify existing adult content using AI, with mixed results. A vast number of very SFW images have been incorrectly tagged, leading to an outcry of platform users and a plethora of memes.

Forbes reveals Highest-Paid YouTube Stars of 2018
The top 10 are all male. The highest earner took in a whopping $22 milli this year. Gaming is the most represented category, with toys, trick-shots and beauty rounding out the mix. There are two Paul brothers on separate channels. And the ninth and tenth positions are held by vloggers who've bounced back from scandal - PewDiePie and Logan Paul. Check out the list.

Facebook launches Watch Party globally
Parties really ain’t what they used to be. In a bid to attract viewers to its content, Facebook has launched Watch Party to all profiles and Pages around the world. The co-viewing feature originally launched in Groups allows users to simultaneously watch and comment on the same video. Bonus features include a potential celeb favourite - Facebook will provide Watch Party hosts with a new real-time commentating feature. Last week saw Shaquille O’Neal host a Watch Party from his Page, replaying favourite episodes from his reality series “Big Chicken Shaq." 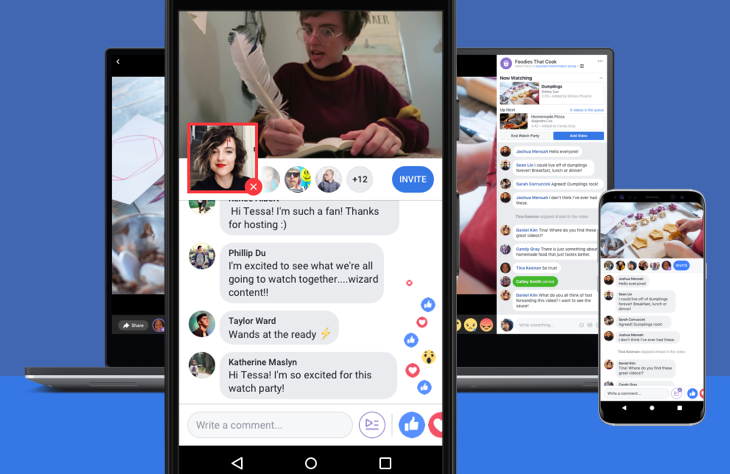 Facebook lures older viewers to Watch
This might sound crazy but it’s true - some people still like to cozy up with a cuppa and watch actual TV. These older viewers, the over 30s (!), are the ones Facebook is going after, rather than teens and millennials who would rather watch YouTube. According to CNBC, the platform is “in talks with at least three media companies, Facebook has hinted it wants Watch shows aimed at post-college millennials around parenting age and older.” It seems Facebook is already acting on this ambition by digging up some old TV favourites - all episodes of Joss Whedon’s Buffy The Vampire Slayer, Angel, and Firefly will be free on Facebook Watch in the US.

Instagram rolls out private sharing features in Stories
Instagram has been promising more private sharing features for a while and it has now delivered with the launch of ‘close friends’. The feature, which works in Stories, allows you to share your content with a select group of contacts on the platform, meaning fewer people now have to suffer through your baby photos – win. Instagram will suggest friends to you based on the people you interact with most, or you can search for them. The feature has been live in the Australian market for some time - but now you can look forward to seeing less overshares from your friends overseas.

Instagram becomes more accessible for the visually impaired
A nice use of AI from Instagram – the platform is using it to become more accessible for visually impaired users. It is introducing alternative text for photos that provide a description of a given image, which can be read by screen readers. There will be two ways for photos to receive an alternative text; AI object recognition technology, which automatically generates descriptions of photos, or via an alternative text box that allows people who upload images to provide a description.

YouTube plans to scale back original shows to focus on free viewing
According to sources for the Hollywood Reporter, from 2020 YouTube is planning to scale back on its original scripted programming as part of a "serious budget reduction". However, some good news for fans of the platform's original shows: the move to cut back on production will mean that many shows and movies will be available in ad-supported "free windows" for all YouTube viewers by 2020.

YouTube rolls out 'Stories' feature to more creators
YouTube is opening up its own version of Stories to give creators with more than 10,000 subscribers the chance to use the feature. Unlike Instagram and Facebook Stories, YouTube's version is more heavily focused on community engagement - giving creators and viewers more options to comment and respond to the content. The content created will remain live for seven days on the platform's mobile app. 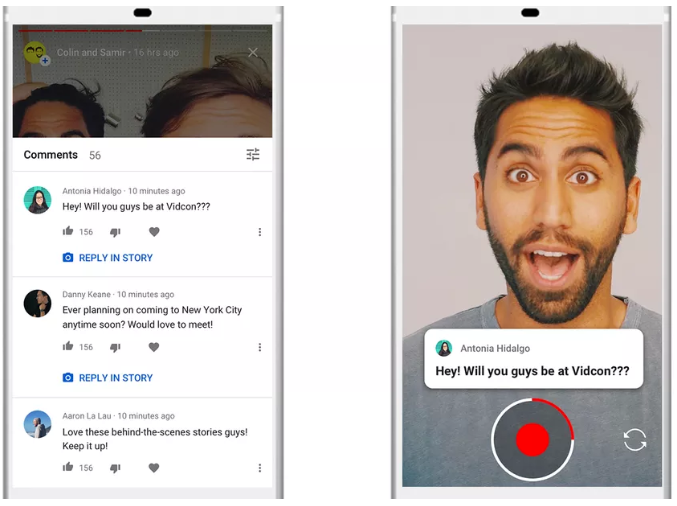 Pinterest helps retailers create gift-finding tools for Christmas
This holiday season, Pinterest has partnered with Macy’s, Lowe’s and Kohl to create a set of gift-finding tools, 'The Gift Globes', which allow shoppers to enter gift criteria to receive a personalised list of ideas. Users can then 'shake the globe' on their mobile device to change the gift suggestion. The platform also partnered with Esty to create an “Etsy Gift Finder” tool which encourages users to complete a “virtual gift tag” in order to get personalised suggestions from Etsy’s marketplace. 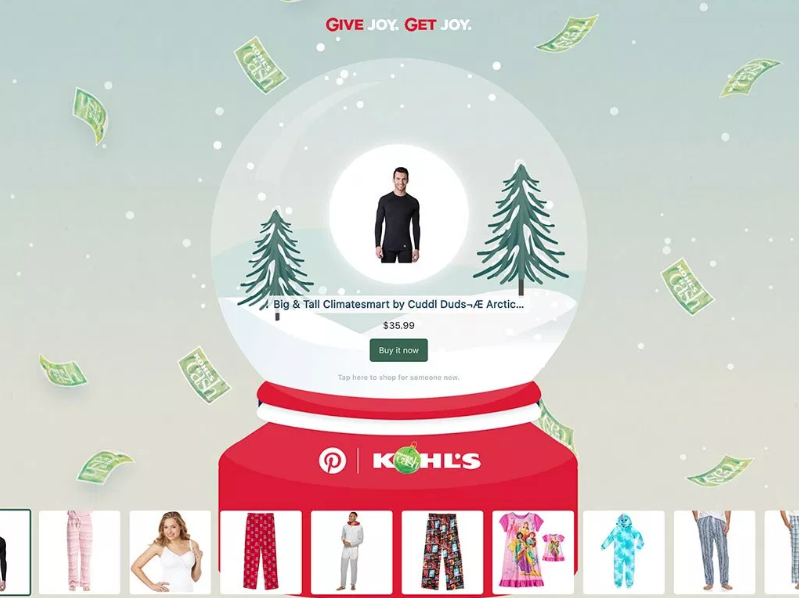 Volkswagen creates a mobile AR racetrack
Volkswagen has worked with Snapchat to create a new "mobile-based augmented reality GTI racetrack" as a way to engage GTI race fans. The new ‘People’s Supercar’ campaign uses Snapchat's AR lens to let users drive the vehicle of their choice around a variety of landscapes, and allows them to share their top scores with friends and followers. The GTI race track will be available until the 19 December. 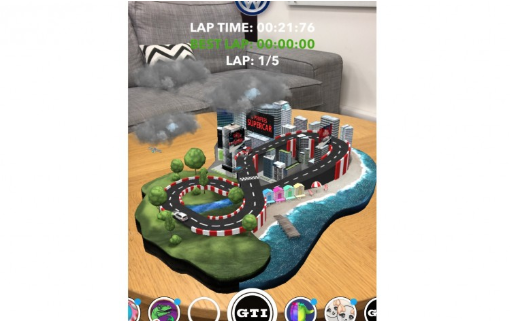 This week's Tune-Up brought to you by Zoh Dowling.