TikTok adds new restrictions for young users
With teens defining TikTok’s user base, the platform is stepping up its attempts to protect younger users. A set of ‘groundbreaking’ new restrictions feature particularly strict new rules for TikTok users under 16, who are no longer able to receive comments from strangers, have their videos used for ‘duets’ or mark their posts as available to be downloaded. Their accounts will also be defaulted to ‘private,’ which prevents anyone other than friends from viewing their videos. With the changes due to affect tens of millions of TikTok’s young users, this is a bold but necessary move from the app.

WhatsApp delays enforcement of privacy terms
WhatsApp, which serves more than two billion users, has pushed back its planned updates to its data-sharing policy from February 8th to May 15th. This comes after news of the policy caused confusion, triggering a nationwide investigation and driving tens of millions of the apps loyal fans to explore alternative messaging apps. The delay of the planned privacy update is aimed at providing users with more time to review the terms, the company said.

US denounces Australia's proposed media bargaining code
In a submission to an Australian parliamentary inquiry, the United States has urged the government to ditch proposed media laws that would force Google and Facebook to pay local news organisations for sharing their content, describing the proposed code as "fundamentally imbalanced".

The office of the US trade representative said the world-first draft code “may result in harmful outcomes” and called on the government to cease pursuing the proposal, arguing that government intervention in the market to distribute advertising revenue was “extraordinary” and “a significant step that needs to be carefully thought through and justified”.

It follows on from a secret trial conducted by Google last week, in which news sites including the Australian, the ABC, the Australian Financial Review, the Age, the Guardian and the Sydney Morning Herald were removed from search results in Australia. Per the Guardian, users were not informed of the trial, or advised how to find news articles when searching, with search queries for these publications serving up links to other websites instead.

TikTok surges in average monthly time spent per user
It’s the success story of 2020 and now TikTok's meteoric rise shows no signs of abating in 2021. The short-form video app has surpassed Facebook in the time users spent in the app. TikTok users in the UK almost doubled the time they spent viewing the platform's videos, from an average of 10.8 hours a month in 2019 to 19.6 in 2020. In comparison, Facebook grew its average hours per month from 14.3 to 16.6. The data for other countries shows similar trends, with the average monthly hours spent using TikTok roughly doubling in the US, France and Germany. Reported by App Annie, the analytics company predicts TikTok is on track to surpass 1.2 billion active users in 2021. Not too shabby.

Platforms take action ahead of Inauguration Day in the US
It’s nearly the big day for Joe Biden and following the January 6th attack on the Capitol, Facebook is making moves to ensure the day goes as smoothly as can be. The platform won’t let people create events that take place in ‘close proximity’ to the White House, the US Capitol building, or any state capitol buildings through Inauguration Day on January 20th. This follows further actions by platforms to restrict Trump’s social media presence, with YouTube suspending the President’s channel and Snapchat permanently terminating his account. It’s a fresh start for President-elect Joe Biden, and it seems Twitter knows it too, as the platform has decided that his new official presidential Twitter account will start with zero followers. The new account, @PresElectBiden, will transform into the official @POTUS account on January 20th.

TikTok for Black Creatives to involve 100 creators and musical artists
TikTok has introduced TikTok for Black Creatives, a new incubator program aimed at investing in and supporting emerging Black creators and musical artists on its video creation platform. The program will last three months and will include motivational town halls with successful Black entrepreneurs and celebrities, community building forums and educational events with TikTok executives. Sound up your street? Black TikTok creators who meet the eligibility criteria can apply until January 27th, with finalists to be announced in February.

YouTube introduces the #YouTubeBlack Voices Class of 2021
YouTube has announced the first round of its Black Voices Class of 2021 winners. 132 creators from the US, UK, Kenya, Brazil, Australia, South Africa and Nigeria have been chosen to take part in the initiative, which focuses on investment in narratives that ‘emphasise the intellectual power, authenticity, dignity, and joy of Black voices’ on YouTube. The members include beauty gurus, musicians and activists and will be offered seed funding for channel development, support, workshops and training, as well as a networking program to support creators. All going well, YouTube plans to extend the program to more than 500 creators globally through 2023. As YouTube’s music chief, Lor Cohen stated, “This is not a flash in the pan. This is about keeping the drumbeat of change alive.” 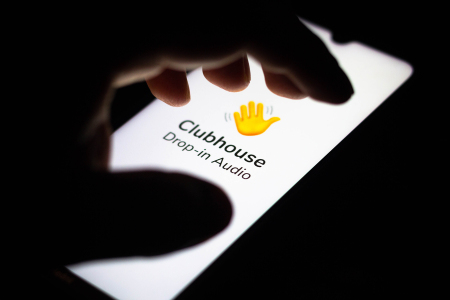