We Are Social’s Monday Mashup #222

Mobile social users engage more with brands
Mobile social users are more likely than their desktop-only equivalents to 'like' branded content, according to a survey of 37,000 US online adults. The study asked recipients if they liked something a company posted at least once per week; 49% of tablet users and 46% of those using smartphones said that they did, compared to 37% of desktop/PC-only users. Meanwhile, 64% of US online adults access social media through desktops/laptops, 45% on smartphones and 25% tablets. 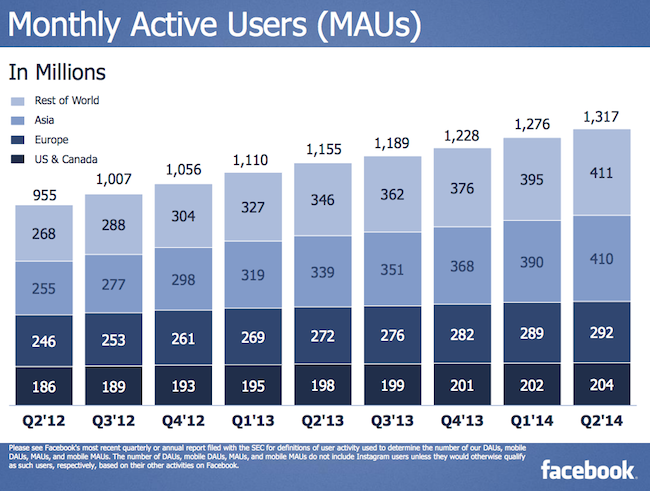 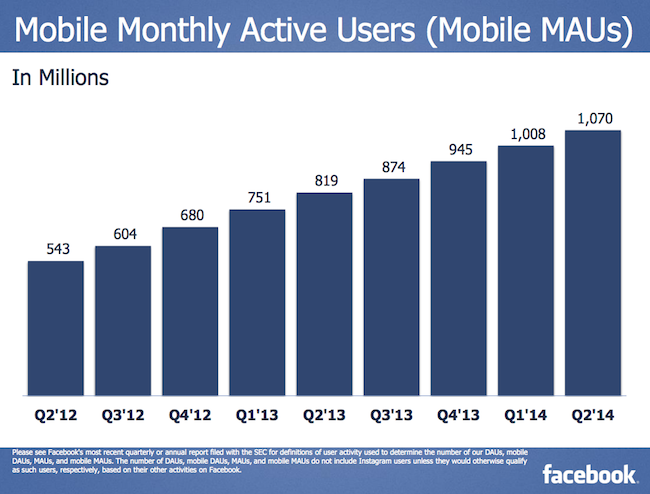 The real success, though, is financial. Total revenue has increased to $2.9bn, the company's biggest quarterly total, up from $2.5bn in Q1. 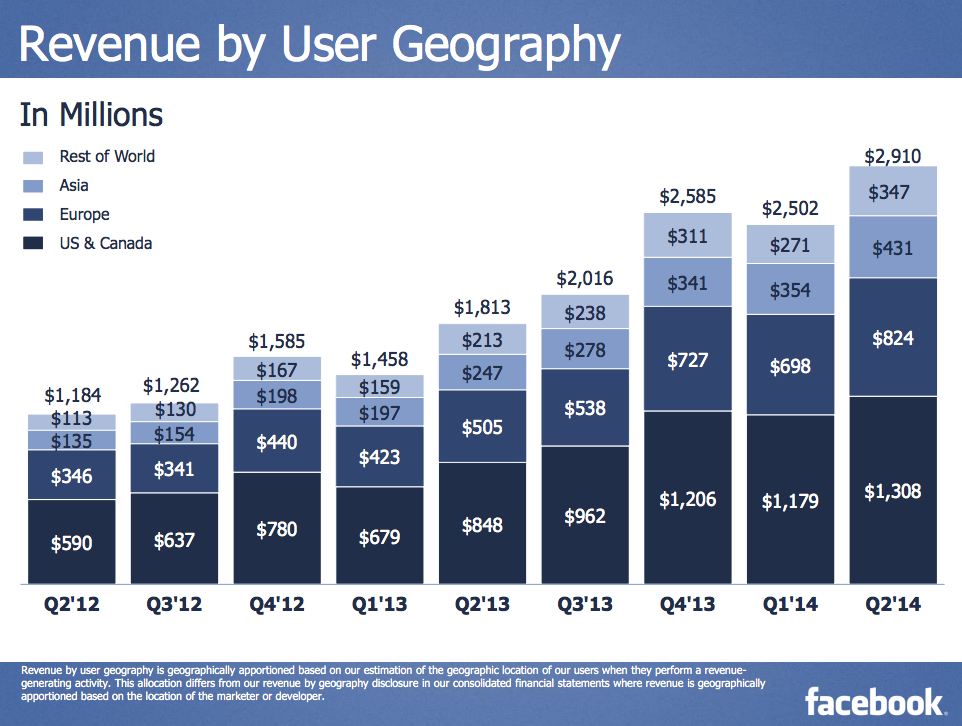 Ad revenue for the quarter amounted to $2.68bn, of which 62% came through mobile. Indeed 30% of the network's MAUs access it solely through mobiles or tablets, leading to discussion about the potential for a mobile-only version of Facebook. Ad prices more than doubled last quarter, too, allowing Facebook to increase its revenue while reducing the number of total ads. These figures combined have led to a valuation of $192bn, more than Disney or Toyota, which is 128 times its profits for the whole of last year.

LinkedIn adds new ad capabilities
LinkedIn has launched 'Direct Sponsored Content', a new ad format that will allow advertisers to test, tailor and target content, much like they do on Facebook. The new system will compliment 'Sponsored Stories', the main difference being the ability to target different messages at specific audiences. 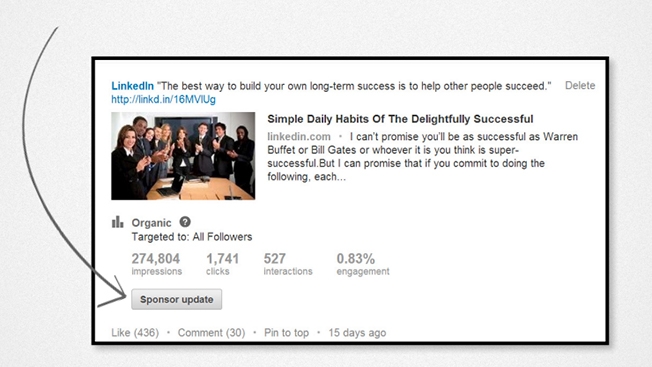 Our ability to integrate [Bizo's] b-to-b solutions with our content marketing products will enable us to become the most effective platform for b-to-b marketers to engage professionals.

Foursquare sheds check-ins
Foursquare has launched the latest version of its main app, through which you can longer check in. To do so, users will now need to use 'Swarm' - the main Foursquare app is being reinvented as a discovery service, similar to the likes of Yelp.

'The Giver' produces Kik campaign
A new film for young adults, named 'The Giver', is launching a campaign on messaging app, Kik. The film's promoters have created a card that contains a trailer, trivia and film-branded stickers, all of which can be shared with other users within the app. 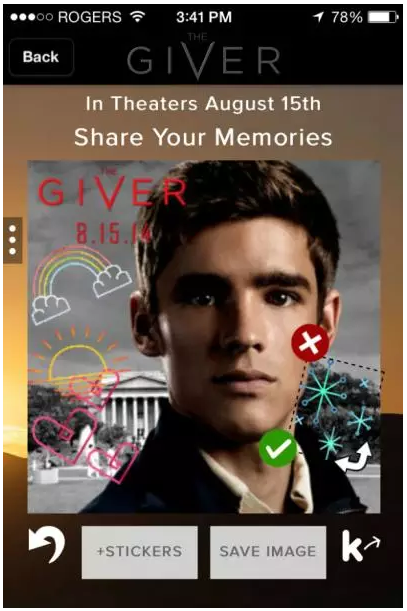 Applebee's looks for Instagram 'Fantographers'
Over the next year, US restaurant chain, Applebee's, is to populate its Instagram feed with content from 'Fantographers'. First, users opt in for a microsite, then anything shared using #Applebees or #Fantographer is eligible to be posted by the brand. Each image will have a border added, like so:

Expedia wants throwback photos
Expedia is looking to tap into the 'Throwback Thursday' trend on Instagram and Twitter by asking users to tweet such photos @Expedia using #ThrowMeBack. Each week, one winner is selected to receive a voucher, so that they can revisit the site of their photo.

Prime TV to reveal everyone's favourite child
A new season of Modern Family is set to premiere on New Zealand's Prime TV, which has created a Facebook app for the occasion. The 'Favourite Child Detector' analyses your Facebook history and ranks you and your siblings based on interactions from your parents.

Michelle Phan being sued over music licensing
Here's a cautionary tale to any brands and content creators using other people's music or images withour permission. YouTube star, Michelle Phan, is being sued by electronic dance music label, Ultra, for allegedly using its music without the proper permissions. Phan sells adverts against her channel, and also uses it to promote her makeup line.

Captain Morgan made to remove Facebook post by ASA
Diageo-owned rum brand, Captain Morgan, was forced to remove a Facebook post, after the UK's Advertising Standards Authority ruled that it implied alcohol helps conquer boredom. The text read "Wednesday. I’m declaring war on mid-week boredom", so you can sort of see where they're coming from.