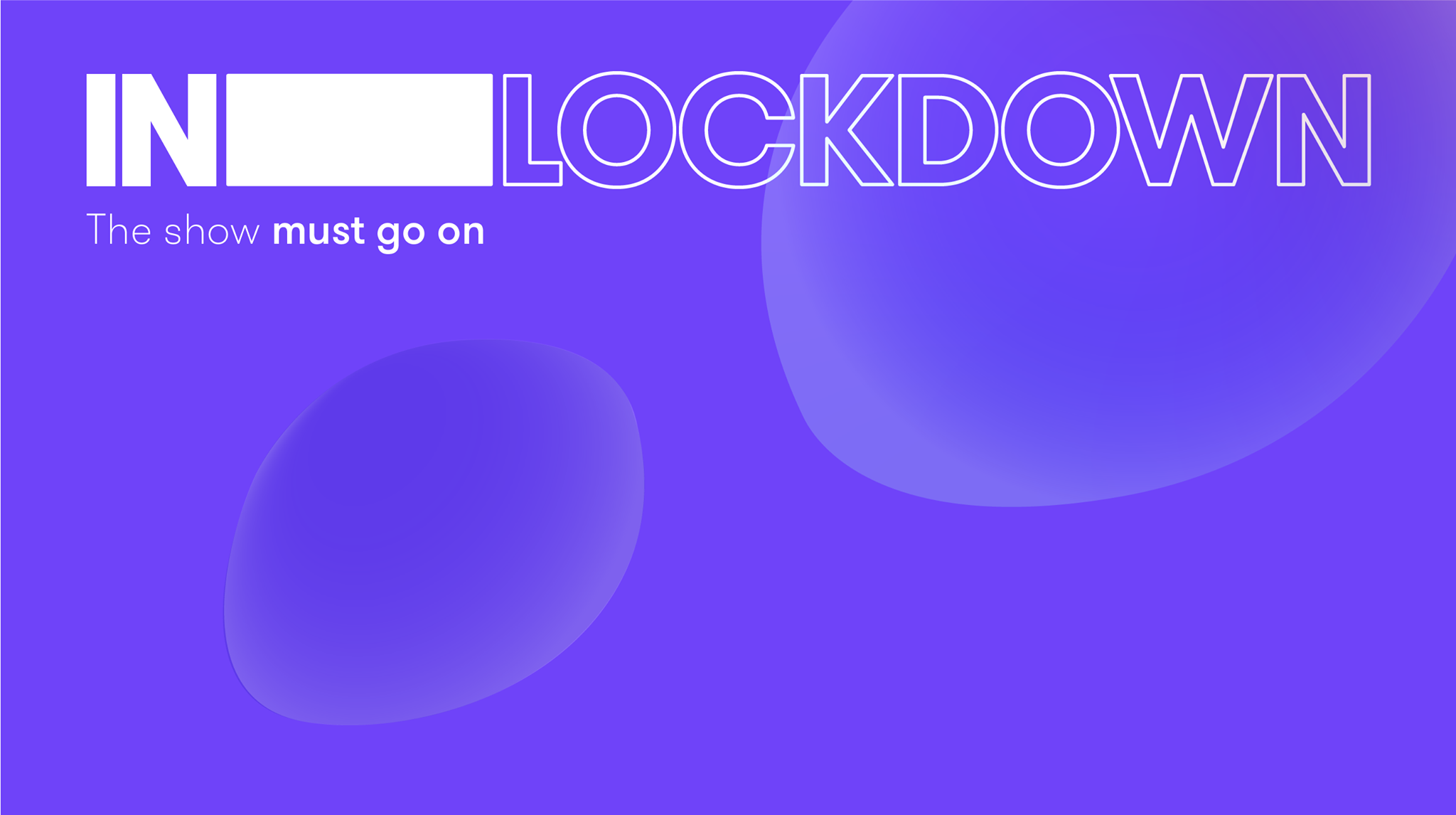 The world is changing in significant ways and marketers need to understand and navigate the new landscape. In our In Lockdown series, our Research & Insight teams from around the world delve into different sectors and trends, and share their learnings. Here, Insights Analyst Oriol Fernandez examines shifts in the entertainment industry.

Only one year ago, Captain Marvel was about to become the first movie to break the $1B dollars barrier at the cinema. Avengers: Endgame became the top grossing movie of all time ($2.8B). 135,000 people were getting ready to see Tame Impala and Ariana Grande at Coachella. Fortnite announced it had reached 250M players and generated revenue of $1.8B.

2020 is a completely different story - because of the coronavirus outbreak. We have seen a huge number of cancellations and delays in the entertainment business: BTS, Taylor Swift and Billie Eilish pushing back their tours; SXSW and Glastonbury cancelled; Coachella will now be the biggest event of next Autumn, film studios such as Paramount, Universal and Disney postponing their next blockbusters, often without a release date.

In self-isolation and confinement, the audience’s appetite and motivations for entertainment remains. But in this situation, people are increasingly asking for online activities to pass the time and find new ways to connect and interact with friends, such as video games, streaming TV shows, movies and concerts.

All these cancellations, limitations and uncertainties due to coronavirus are redefining the ways people consume entertainment, and also, the ways they talk about it. 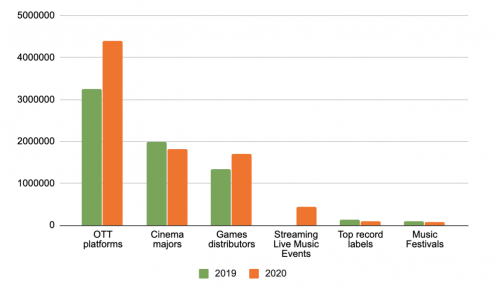 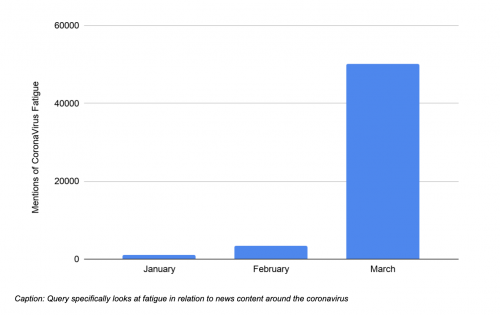 People are finding creative ways of evading this confined reality. They can’t see their friends in person but that doesn’t mean they can’t continue to have parties. Streaming platform party apps have seen a surge in popularity this year as organic conversations continue to increase (+261% vs Q1 2019).

Video games are another way of evading reality. The interest in titles such as Fortnite, Minecraft, Pokémon and Animal Crossing have increased in March, coinciding with the lockdown in some European countries. 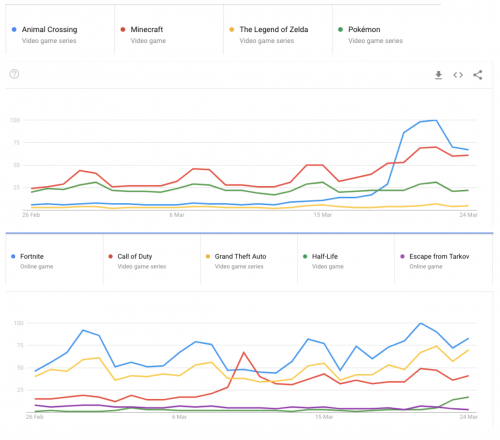 Video games have also helped to nourish nostalgia. People have expressed how they are going back to titles such as The Sims or Grand Theft Auto V, games they used to play while growing up (2.3K mentions in the last 30 days). Call of Duty broke their own record with more than 30 million players in 10 days.

Following the announcement of cancellations and delays of tours and gigs, musicians have shared their solidarity with fans who are currently facing lockdown in their homes by performing live for free in social. These include A-listers like singer Miley Cyrus and DJ Diplo.

Some artists, like Elton John have even announced gigs to help CoronaVirus relief whilst different online festivals, such as the coronavirusfest in the UK, the #yomequedoencasafestival in Spain and the Corona World Tour have sprung up for pure entertainment purposes. Others joked by saying they won’t be offering any gigs for free.

TV shows offer intimate experiences
TV channels are adapting their shows to reach people who are looking for a different type of intimate experience when watching content. Several live TV shows such as The Tonight Show with Jimmy Fallon have moved their productions to the hosts’ homes to be able to continue working with a reduced production. This is the best time to get a glimpse of TV hosts and their homes. And now, everyone is aware (and jealous) of Jimmy Fallon’s slide in his living room.

Nostalgia is driving viewers’ choices
Potential viewers have also used TV shows and movies to nourish their feeling of nostalgia. The release of Disney+ has boosted streaming TV platform conversations (+35% vs Q1 2019). Their catalogue suggests that a lot of new joiners were motivated by the shows and movies they watched when they were growing up.

In order to promote this feeling and coinciding with their debut in Spain, Disney+ asked their fans to share the first movie and the first show they have watched and the first song they sang on the platform.

In the UK, with the same objective, the platform asked their fandom to share their first stream. Influencers and a few brands like Bafta and Primark recommended the platform (#Myfirststream) while sharing pictures and videos of their favourite movies and tv shows such as some Marvel movies like The Winter Soldier.

Also with the objective of tapping into nostalgia, John Krasinski and Steve Carell, found time during the lockdown to help raise people’s spires with a new show Some Good News. Similar to Jimmy Kimmel and other comedians like Andreu Buenafuente, Krasinski is  inviting the potential viewer home, sharing a brand new experience of intimacy.

And it’s not just happening in Hollywood. Jamy Gourmaud, former host of C’est Pas Sorcier in France, has started to publish one video every day from his garden talking about the same scientific themes and in the same style that made him famous more than 20 years ago. His Twitter account gained +145% followers since 17 March (now 260k followers).

While Mo Willems, a best-selling North American children's book author and illustrator for Sesame Street and The Muppets and more, is now doing "Lunch Doodles'' livestream sessions. Tapping into a collective for his visual style and parents' need to entertain their now homebound little ones, the daily series has amassed millions of views since it started mid-March.

Gaming companies have seen the power of Nostalgia and have rereleased sagas such as The Sims while they continue to engage with their audience after they noticed an increase in social mentions commenting games such as The Sims and Fifa. They launched contests giving away codes while Activision partnered with the World Health Organisation to promote the important message of “stay at home” to its fanbase using #playaparttogether, demonstrating that brands can play a role keeping people safe during the crisis. 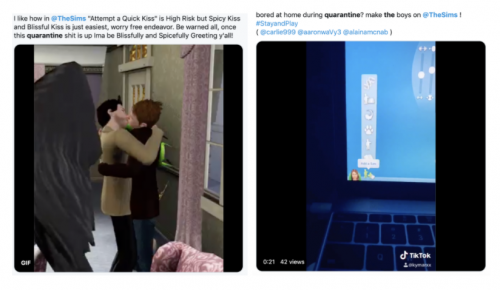 Continuing to build communities through video games and online parties
Users are not only connecting through streaming parties, they are also backing the launch of new video games such as Animal Crossing because it helps them to continue building communities, strengthen friendships and indulge nostalgia while they are confined at home.

With anxiety levels high during confinement, entertainment companies are doing their best to adapt their offer quickly to the new requirements showing flexibility. Film majors have pushed forward the online release of some of their latest blockbusters such as Birds of Prey and Onward “to ease coronavirus anxiety”.

But not all the brand decisions landed well. In order to ease economic difficulties of musicians and other artists during the lockdown a few companies like Spotify opened funds to share their solidarity to ‘uplift organizations that offer relief’. This decision was criticised by the artists’ community who think that Spotify should pay more for streaming royalties to artists.

New Normal
This virus outbreak has shown us that we can be closer to the ones we love through Video Conferencing and by sharing experiences through baking sourdough together. We can also rely on nostalgia for reassurance through our favourite film animation or childhood video game. But, at the same time, the audience is always looking for creative and innovative ways to keep them entertained.

The surge of views and engagements with live streaming performances on platforms such as Instagram and YouTube by international artists such as John Legend, Diplo, Rita Ora and Ellie Goulding suggests the virus has briefly lowered the barriers between celebrities and their fans, and has the hallmarks of a trend that may be here to stay. This can potentially turn into a new string of revenue for musicians if they start to collaborate more with brands when live streaming their concerts. Brands may want to sponsor some of these artists while they perform online gigs in their streaming platforms whilst Amazon and Google own the platforms (YouTube and Twitch) and could build brand affinity as a result.

The innovative ways live TV shows are reacting to this crisis may land in a new, cheaper and more intimate way of live television. Gamers will continue to play online with the objective to keep themselves entertained, but also to find new friends, build communities with similar people whilst indulging in nostalgia - a behaviour we’ve seen from Gen Z in the past but moving into older generations. And the release  and success of new OTT platforms such as Disney+ suggests that nostalgia will help play a part in getting us through the pandemic.

Fears for a second outbreak and the threat of declining numbers of viewers at theatres and decreasing revenues may convince film majors to release new blockbusters in their streaming platforms. With an increasing number of blockbusters getting released in OTT platforms, habits such as streaming parties may continue.

We have only seen the beginning of the post-coronavirus world after the Chinese government lifted the first barriers. Potential viewers continued to react with fear after the first screens reopened in China (507 screens; less than 5% of all cinemas operating prior to the coronavirus outbreak). According to the financial publication Caixin, ticket sales totalled less than $2,000 with some cinemas not selling a single ticket. Only a few days later, China re-closed all its cinemas nationwide as new cases reported from international travellers were found.

It’s clear we have several months of varying degrees of lockdown ahead, and even the longer term picture is still uncertain. The smartest entertainment companies won’t be sitting on their hands and waiting for a return to ‘normal’ - they’ll be adapting now to what could be a shift in the industry forever. 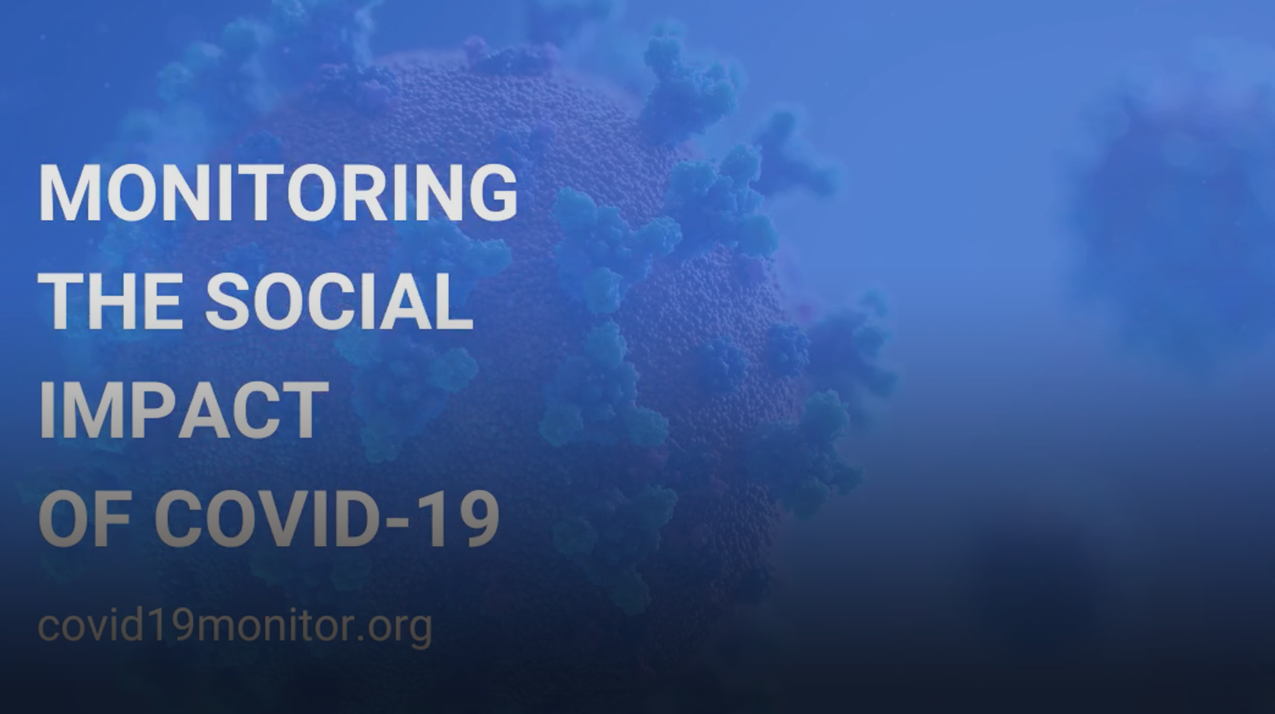