Social media usage up 43% in the US

According to research just released by Nielsen social media usage has gone up by 43% in the US over the last year, meaning Americans now spend nearly a quarter of their time online on social networking sites and blogs.

The graphic below shows how the typical US internet user's online hour breaks down: 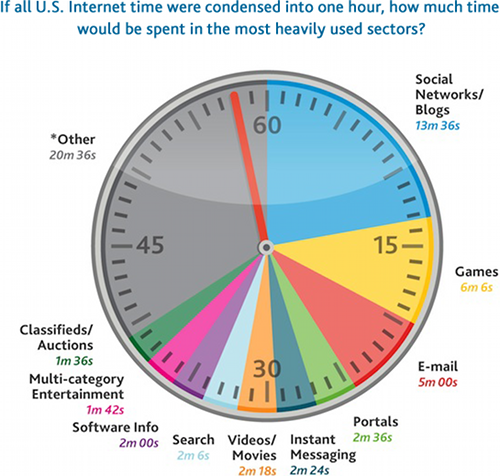 Other highlights of the research include:

What's interesting about these stats is how precisely the amount of an hour's time online a US user spends in social media matches that of UK users (both 13m 36s - see the Nielsen UK data from May), although US users spend almost 50% more time playing online games.