Scotland votes: Is it a Yes on social media? 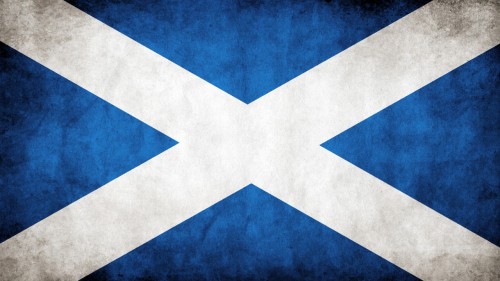 Today, people all over Scotland have been travelling to their nearest polling station to decide whether they will remain part of the United Kingdom. We’ve seen debates between the Yes and No Campaigns ignite passion amongst people in the UK and beyond, and of course, as with every significant event in today’s society, people have spent the last months, weeks and days airing their views on social media.

Both Yes and No camps have taken their campaigns to social channels, particularly with the aim of targeting the younger demographic included in the vote.  The Yes campaign has been the most effective, generating 720,800 mentions on Twitter from the UK for #VoteYes in the last month, compared to just 145,400 for the No campaign’s official hashtag, #bettertogether, with even fewer for #nothanks.  Facebook also reported that the Yes campaign has had more interactions on the platform.

So, what a surprise. The No campaign "vow" on powers didn't last 24 hours. #indyref #voteYes pic.twitter.com/LdL0mN76te

For the four weeks we monitored, conversation around the Yes campaign made up to 29% of the referendum conversation, compared to around 8% for the No campaign. And the Yes campaign was gaining even more ground in the final campaign stages, increasing by 7 percentage points from the first week from this week. Twitter is not a particularly reliable source when it comes to forecasting, but the No campaign will undoubtedly feel as though they could have done more.

As part of the UK, Scotland gets higher public spending. A vote for independence is a vote for cuts #bigbigdebate pic.twitter.com/TMhkPB2cQ2

We Are Social's Chris Applegate spoke to Ad Age on the Yes/No rivalry, stating:

“The 'Yes' campaign has an easier task. In social there are more opportunities to challenge the status quo than to maintain it. But the 'No' campaign suffers from a lack of imagination. While the vote is a serious issue, to cut through on social platforms you need to create naturally shareable content, rather than just broadcasting soundbites."

People on social media were also more likely to indicate a preference for a Yes vote. When looking at those who stated if they were For or Against; the Yes campaign has consistently outstripped the No campaign, accounting for 75-79% of those people declaring an intention to vote compared to 21-25% of those who said No.

In the last month, and found that there have been over 2.4 million mentions of #indyref generated from within the UK alone. In the first three weeks we analysed, conversation was dominated by big announcements for both sides of the campaign; the debates between Salmond and Darling, the launch of the No Campaign advert and the Yes campaign's response: #PatronisingBTLady, YouGov giving the lead to the Yes campaign for the first time and the announcement of the Royal Baby and if it would affect the outcome.

During this time, conversations on social media were heated, but generally respectful.However, we’ve seen a shift in conversation tone over the last few days as the crucial day approached. There has been a rise in tweets that relate to warnings, threats, intimidation, bullying, paranoia as tensions rise.

Passer by just alerted us to our torched sign. #freespeech #indyref #nothanks pic.twitter.com/NDGbnnfbkJ

There is an undercurrent that once the referendum is finished, whichever way the vote goes, there will be lasting divisions in Scotland. This tweet from JK Rowling sums it up:

Big day in Scotland tomorrow #indyref. My head says no and my heart shouts it - but whatever happens, I hope we're all friends by Saturday.

Tomorrow, we’ll know whether Scotland will remain part of the UK or if it’ll be going its separate way. But if it’s the latter, don’t worry Mr Stenhouse, you’ll still be able to watch Match of the Day.