A recent report by GlobalWebIndex shows WeChat is dominating the mobile messaging landscape in the Asia-Pacific region. Almost 40% of the adult internet users questioned had accessed the platform in the last month, giving it double the reach of Facebook Messenger, in second place.

As well as its growing popularity in China, GlobalWebIndex reports WeChat has been enjoying strong growth across the whole of Asia. Between Q1 2013 and Q3 2014, WeChat’s APAC membership base grew by a huge 150%; and with parent company Tencent announcing the launch of Dianhua and Lighttalk, the former of which requires a WeChat account, it’s likely we’ll see further growth in the months ahead. 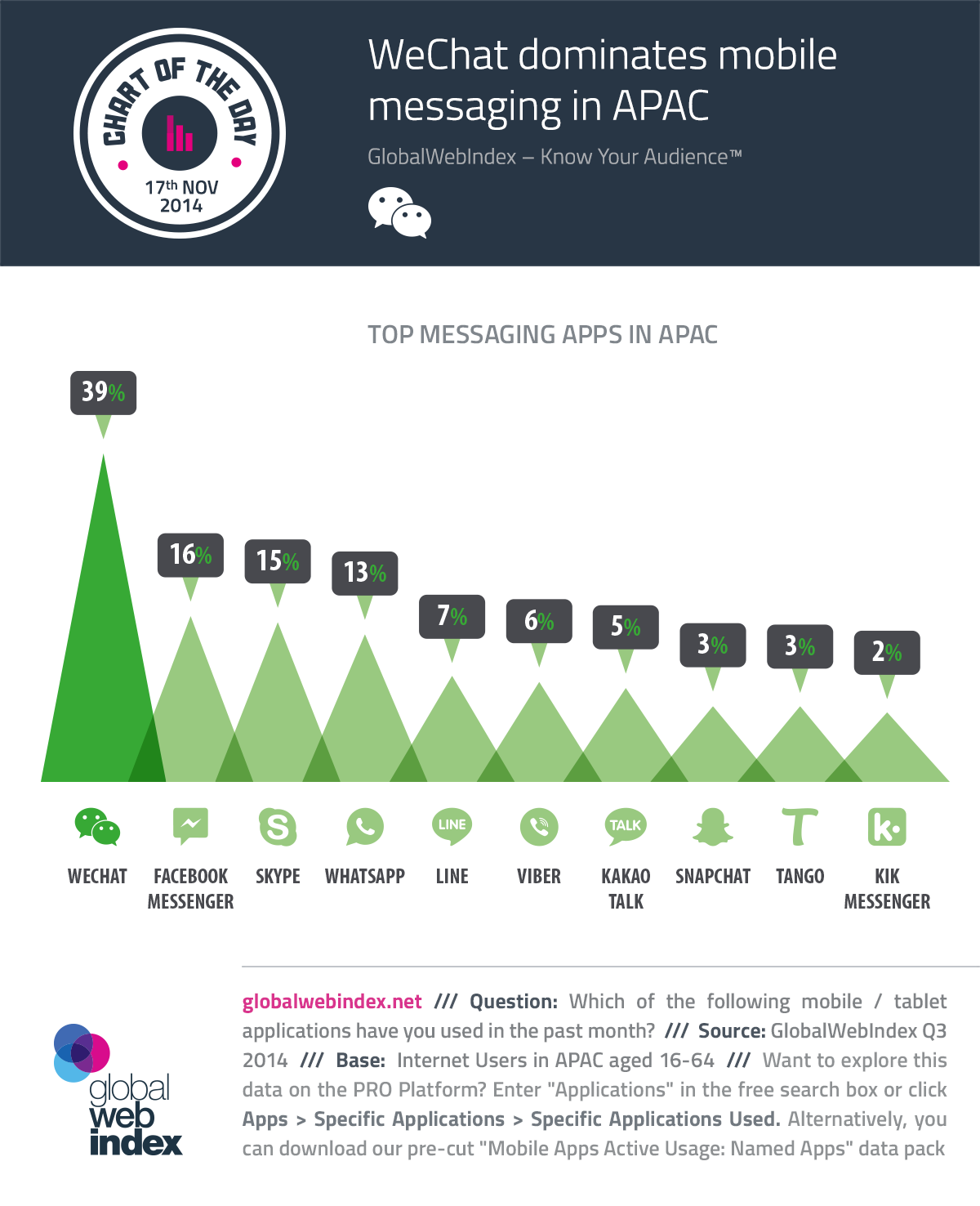