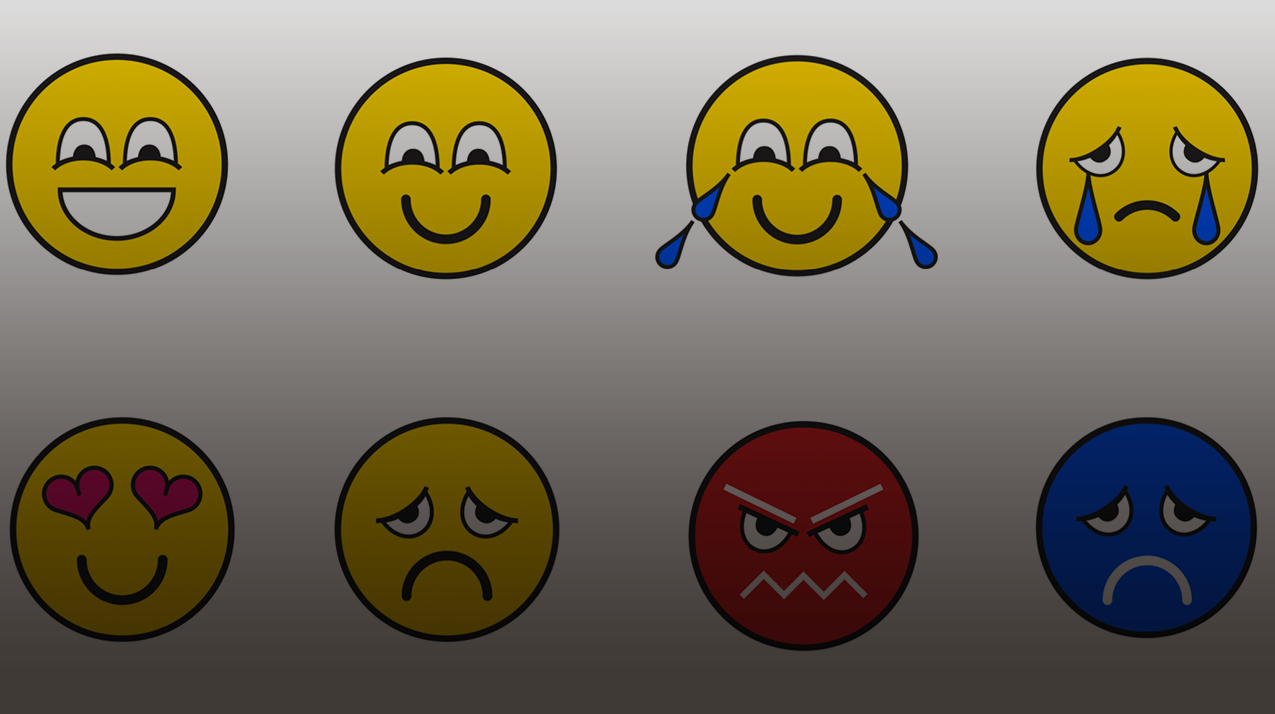 As you may have read about on The Drum (or heard about on BBC Radio 4), we’ve partnered with the Royal National Institute of Blind People (RNIB) to kick start our mission to make emojis - the universal online language - more accessible to blind and partially sighted people.

Today, on World Emoji Day, our Senior Creative Technologist Sam Cox, shares how the initial stage of the project went and our vision for the future.

Emojis may be considered the ‘universal online language’, but there are millions of people who are unable to use them. In the UK alone, there are currently more than two million people living with sight loss, who often struggle to use emojis due to their complex detail and the user interface when selecting them.

To help address this issue, we approached RNIB with an idea - to make emojis more accessible for those who are visually impaired. And they were in! So last week, we kicked off with a one-day workshop using the joint creative power and expertise of our teams to find a way to redesign a selection of 2018’s top ten most used emojis, in a way that would make them more accessible to blind and partially sighted people.

Initially, we had to understand the problem in more context, so we began the workshop by evaluating the current methods which visually impaired people use to navigate emojis, with input from one of RNIB's team, Sarah, who is partially sighted.

From this process, we were able to determine that the two main methods currently used are voice-over technology (which is a slow process) and magnifying/zoom functions (which can be frustrating to use). As a result of these frustrations, emojis are actually used very infrequently by people who are partially sighted. 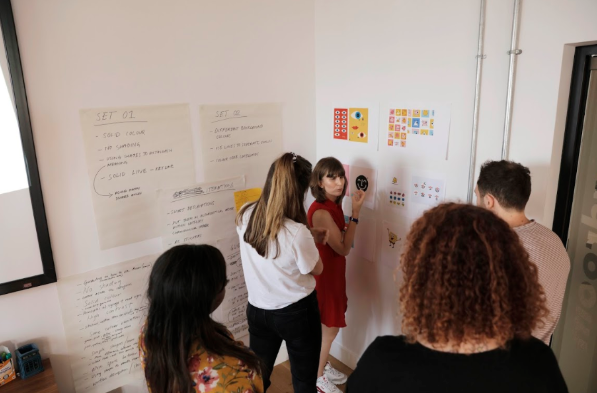 Once we had established this, we broke down which visual elements of the current emoji sets made them hard to read. From there, we established where we could begin to improve on the design of the emojis and created two sets of visual design routes.

The key issues for blind and partially sighted people that the group identified were:

We also looked for inspiration from outside the emoji world - playing around with different graphics, layouts, colours and symbols - which helped us piece together some basic rules to support the development of our two routes. 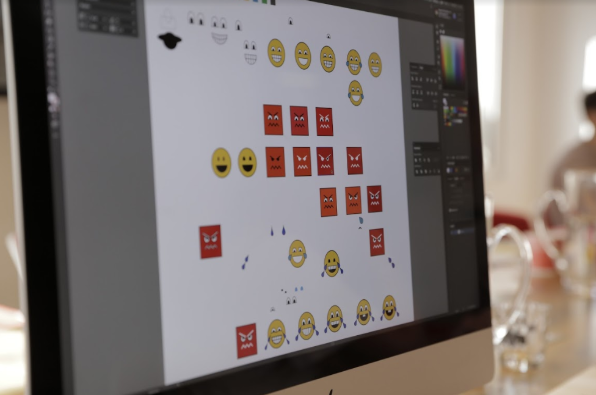 Throughout the second half of the day, we illustrated both design routes and, at times, even merged together elements from both. In particular, we focused on aspects such as a more prominent eye shape, as eyes were found to be a particularly important factor in communicating the emotion; as well as a more distinct outline.

The day took the form of rapid prototyping, with Sarah giving constant feedback as to what worked well and not so well. What we ended up with, was a set of emojis which we could use to gain initial feedback on through user testing at the RNIB's facility in Peterborough (currently taking place). 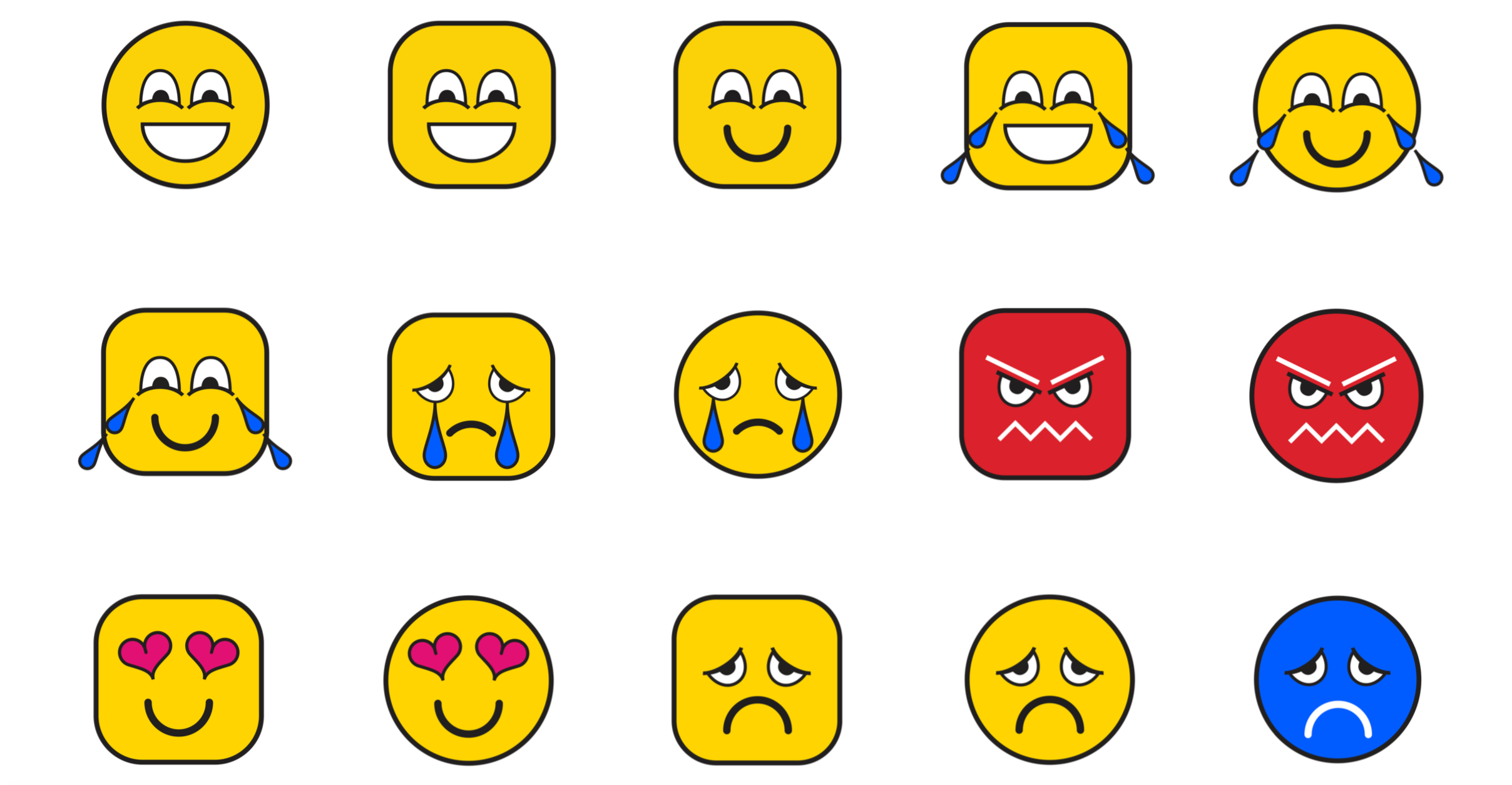 Alongside the visual assets, our team also began developing a style guide to help address key issues such as colour, contrast and shading; as well as a set of guidelines to help brands understand how to use emojis in a way which is more visible to blind and partially sighted people.

This whole process has been a real journey of discovery to see how complex design can act as a barrier for visually impaired people. We hope that in working closely with RNIB, we’ll be able to bring the fun world of emojis to a whole new audience and, in the long-run, would love to see more accessible emojis adopted as standard by Unicode.

The newly designed set of new emojis will be developed further with a view to evolving and improving the end designs based on user feedback. The first set of emojis will initially be made available to users as a Sticker pack, once testing has been completed.

To track the progress of this ongoing project, please visit: http://emoji.vision 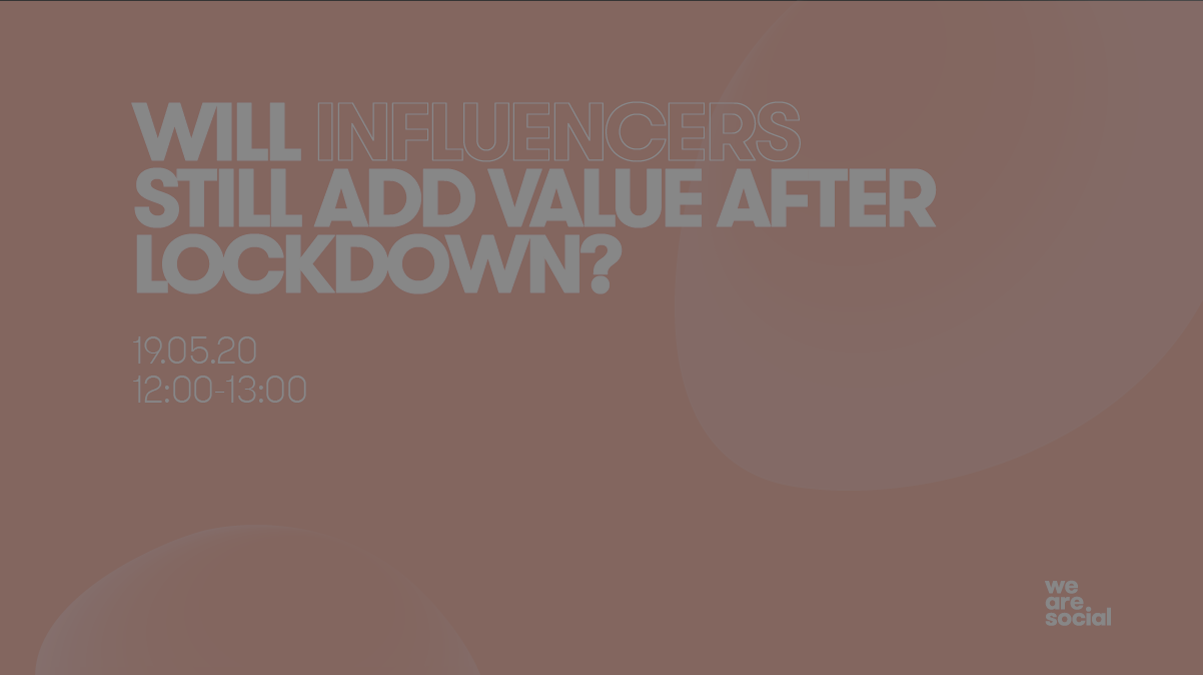 The world is changing in significant ways and marketers need to understand how to navigate the chaos....