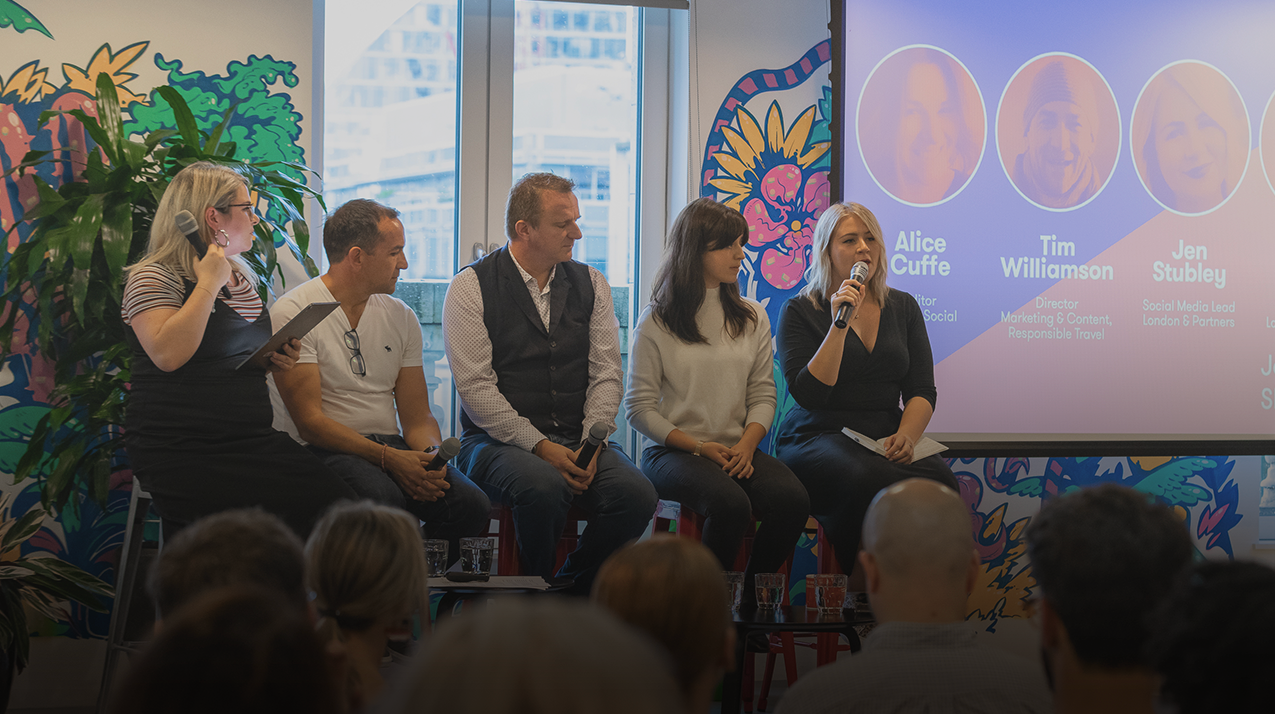 Prompted by the increasing discussion around overtourism, last week we invited a panel of industry experts to join us at our London offices to discuss how social media impacts travel and what this means for brands within the travel industry, and beyond. Here, our writer Alice Doleman shares some of the key takeaways from the session.

It’s widely acknowledged that Instagram is becoming as much of a shopping basket for travel destinations as it is for anything else, but what does that mean for the places it’s selling? Our Editor, Alice Cuffe sat down with Tim Williamson, Director of Marketing and Content at Responsible Travel; Jen Stubley, Social Media Lead at London & Partners; Ged Brown, Founder of Low Season Traveller; and Besma Whayeb, Founder of Ethical Influencers to examine this growing issue.

Before opening up to the panel, Cuffe discusses the term, overtourism, which occurs when there are too many visitors to a destination, and where the infrastructure of said destination is not designed to handle those visitors. Resulting in overcrowding, environments becoming degraded, and locals being forced from their homes.

To truly understand the term ‘overtourism’, we must first understand its causes, and this is where Cuffe opens up to the panel.

What are the causes driving this phenomenon?
Brown attributes overtourism principally to the deregulation of air travel and the growing middle classes. Williamson agrees but also suggests that the void left by the “demise of travel journalism” and lack of objective editorial pieces are huge causes. “Whatever marketing says about the destination, the customer is then going to see it in its reality. In a world of information, customers know that paradise doesn’t exist. Everywhere has issues, so there is an opportunity for honesty when it comes to tourism”, an opportunity that we, as marketers, must grasp.

A slightly different route is taken by Whayeb, who states that influencers and people travelling purely for content play a huge role. This is echoed by Stubley, who claims that “we live in an Instagramable culture”, one where travel is perpetually glamorised through staged photos, and generations are now rushing to those “Instagrammable destinations” to compete for the most amazing feeds. Thus, accelerating overtourism (also known in some places as the ‘Instagram effect’). 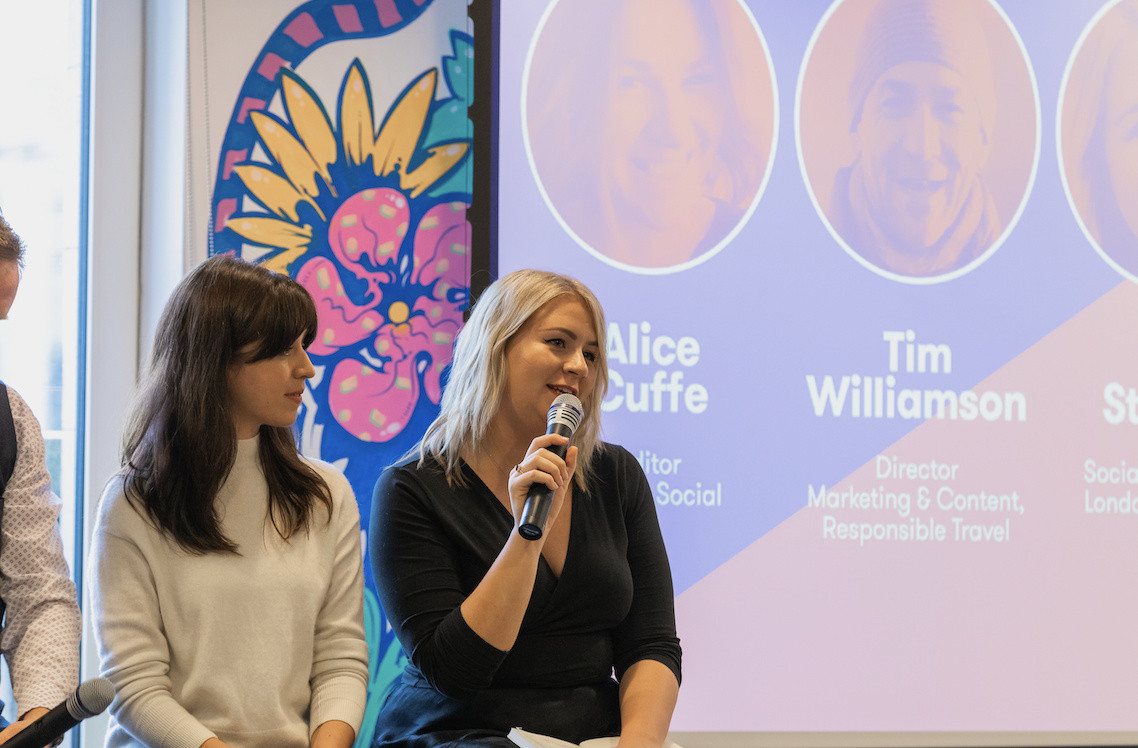 How can brands prevent ‘the Instagram effect’ turning locations themselves into influencers?
Brown responds by claiming the “destination is always the star of the show, but more can be done in showing off the destinations at different times of the year, and in more authentic, honest ways.” It’s about reducing “influencer snobbery”, highlighting the value of destinations during low seasons and spreading visitors out throughout the year.

A favourite example of Brown’s where honesty has been used to work against overtourism is ‘Visit Brussels’.  They have an app which geotags visitors while they’re in the city and shows them where other tourists are located. He compares this to a theme park, where you walk in and are able to see the wait time for the main attractions so that maybe you try somewhere else, thereby encouraging tourists to spread around the city rather than congregating in one area.

Micro-influencers can also have a huge role in tackling this issue, says Whayeb. “People who have large followings have less engagement. Why don’t brands find ten people who are more local to the area, more passionate about the area and know more about the culture, rather than just being in a destination for less than 12 hours to create content for content’s sake”. All our experts nod in agreement at this.

Stubley echoes this, saying there has been a “huge shift in the influencer landscape with honesty, body positivity and authentic images being more of a trend.” She continues by discussing the importance of getting local influencers to do deep dives on popular locations to tell their stories and make sure people know more about them and how to look after them, rather than getting a social celebrity to fly in and post one generic photo without much context.

What can brands and influencers do to be more eco-conscious?
According to Whayeb, it’s about considering your brand’s impact and ensuring that your customers are aware of theirs, and how they can lessen it.

Our panel all agree that localisation is key to being more eco-conscious. This means vying for shoots to take place locally and pushing back on clients who want to shoot in exotic locations without it being an integral part of the work. It’s also about hiring local, about enhancing the integrity of our work by partnering with micro-influencers who: A) have less of an environmental cost when it comes to transporting them, and B) care more about the location and therefore about producing content that won’t be harmful to it.

Williamson remembers becoming aware of this when hearing about a journalist being sent from London to Chile just to cover a lunar eclipse and then fly straight home, he questions why the many talented Chilean journalists weren’t simply used instead. And whether the environmental cost of this was ever even considered. We, as marketeers, must attempt not to repeat these mistakes.

Not being afraid to say no sometimes is also a key point for our panel. Whayeb tells us that she once turned down a sustainability campaign with a brewery in Copenhagen, because they wanted to fly her out for a matter of hours. She says it’s “difficult but people are open to having those conversations and understand.” 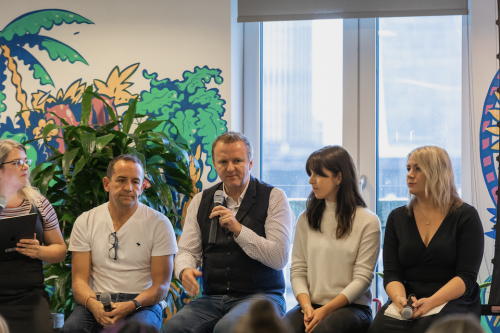 As we’ve seen, authenticity will be crucial in shaping the future of travel marketing. It’s about knowing what you stand for as a brand and not being afraid to push back when your work is jeopardising this. Micro-influencers will also be key in helping brands tell honest stories and lower the collective impact on the environment.

People have had enough of searching for paradise, they want to understand the realities facing destinations, meaning how brands use Instagram will be vital in fighting against overtourism. It’s about educating visitors on respecting and sustaining destinations, not keeping a perfectly-curated feed. 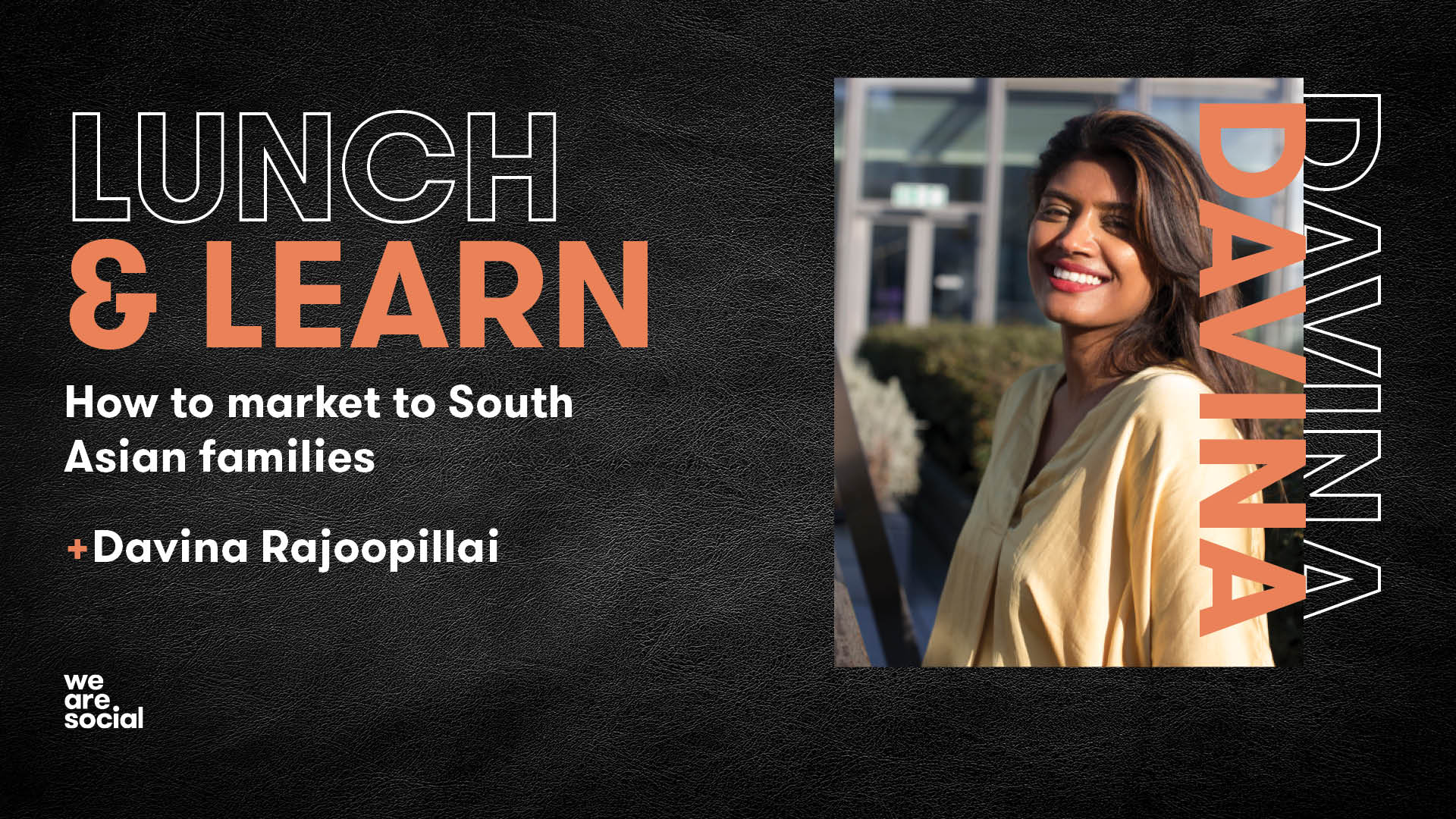