We Are Social’s Monday Mashup #465

Facebook begins testing ads for the Groups tab feed
As Facebook puts an increasing emphasis on Groups and community, it has also started exploring new ways to monetise that section of its platform (gasp!). Starting with a very small number of brands, Facebook is now testing Groups placement in Ads Manager. The new format will enable those taking part to place new ads - and extend existing mobile News Feed campaigns - into the feed that appears under the Groups tab. However, brands will not be able to target users based on specific groups they belong to and all ads will still be clearly labelled as 'Sponsored', with the same transparency and controls as ads elsewhere on the platform.

Instagram gives users greater control over third-party access
Instagram is introducing a number of new in-app features to help users better control the data they share with third parties. From now on, Instagram users will be able to go into their 'Settings', click on 'Security' and then 'Apps and Websites' to remove any third-party services that they no longer want to have access to the data from their accounts. In addition to the new controls, over the next six months Instagram will also be introducing an updated authorisation screen for third-party apps which will list all the information a third party is requesting and allow users to accept or decline it then and there.

Snapchat tests dynamic ads for product catalogues
Snapchat has announced that it will be conducting an open beta-test for dynamic ads that enable brands to automatically create ads in real-time from their own product catalogues. The ads will be delivered through made-for-mobile templates and designs and will automatically update with any changes to availability or price. Advertisers in the US can begin reaching out to Snapchat to take part in the test from Thursday this week, before it's opened up globally in the next few months. 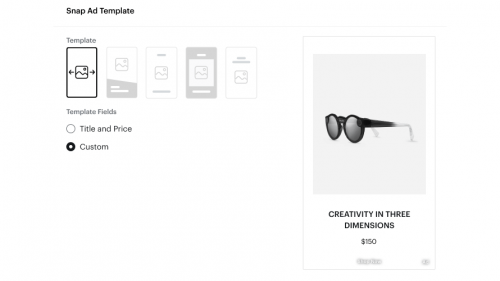 Snapchat announces new integration with Reddit
Snapchat and Reddit have announced a new integration enabling users on iOS (Android coming soon) to share Reddit posts directly to their Snaps. Users simply need to tap the share icon on posts from Reddit communities deemed 'safe for work' to share the post via a Sticker which includes the Reddit logo and source information. Those users who have the Reddit app installed will also have the option to swipe up on the Snap to view the origin post in Reddit. Non-users of the Reddit app can sit swipe up but will first be directed to install the app before they can view the article.

YouTube expands access to its AR 'Try-on' feature
After launching its augmented reality (AR) 'Beauty Try-On' ad format in June to a select number of partners, YouTube has expanded the pool of brands who will be able to access the function. Via Masthead and TrueView Discovery ads, viewers will be able to try on lipstick and other make up from brands such as NARS and MAC, using their phone's camera. Those who like what they see will be able to tap through to purchase within the YouTube app.

LinkedIn rolls out its Events feature globally
LinkedIn has announced the global rollout of LinkedIn Events, a new feature that will enable members to create and join events, invite connections, manage events, and communicate with other attendees. Users looking to create an event can now go to the Community panel on the left side of the LinkedIn feed and click +Create. From there, they will then be prompted to enter the event’s description, date, time and venue, and invite attendees using filters such as location, company and industry. The launch follows a pilot programme run in key cities around the globe since November last year. 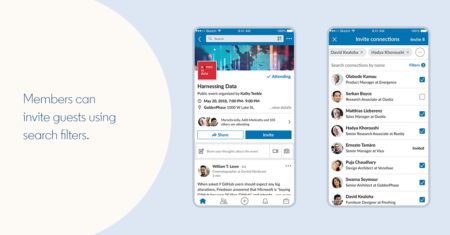 LinkedIn bolsters Company Pages with new features
LinkedIn is looking to boost employee engagement on the platform with a suite of new features for Company Pages, including employee notifications. The new notification type will allow Page admins alert employees to important posts and prompt them to share with their own networks. However, to help counter the risk of this feature becoming too spammy, LinkedIn has put a limit on these notifications of just once per week. 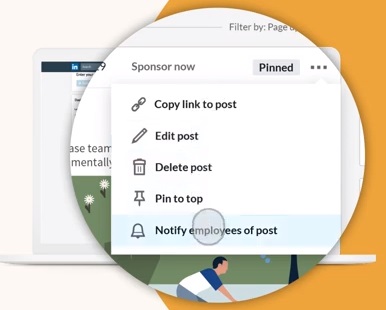 Pinterest adds more transparency and controls for users
Pinterest has added home feed and Pin-level edit options and controls to help give its users a clearer picture of why they are seeing the Pins (its top requests from Pinners). Similar to Facebook's 'Why am I seeing this post?' functionality, the new options give users the change to give feedback if they see a Pin they don’t like. The new home page feature also provide users with the option to turn off recommendations for topics (such as Halloween, wedding or home improvement) once the occasion has passed.

Giphy lets users create microgames with Giphy Arcade
Giphy has launched Giphy Arcade, a new platform that allows users to play, create and share their own Giphy-powered microgames. The Giphy Arcade home screen includes a selection templates to let users create their own games, along with a playlist of individual microgames which are ready to play. Users can share a game - either their own or someone else's - by simply dropping the link into text messages, tweets, emails and more. 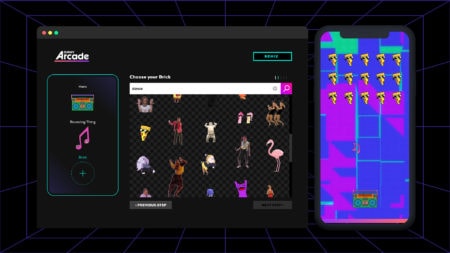 The platform launched with Wendy’s as an exclusive launch partner and users worldwide can now play the game, which features Wendy’s icons and takes the style of the classic game Breakout.

We Are Social named 'most respected agency' by eConsultancy
Celebrations all round at We Are Social in London last week as we were named 'Most Respected Agency' as part of eConsultancy's Top 100 Digital Agencies ranking. Voted for by our industry peers, it said we'd been "Praised for consistently driving the industry forward while providing great thought leadership content and research". Stop, it's too much, we're blushing. Big thanks to all those who voted for us, we'll try and keep up the good work!

Watch this space….
Facebook has begun rolling out a new beta version of its website which includes dark mode and a new (Twitter-like) interface; Instagram is reportedly testing a new Sticker for Stories that will allow event organisers to share details of upcoming events; Twitter is testing emoji reactions for direct messages; and Pinterest is trialling quick emoji responses for videos posted on the platform.

We Are Social’s Monday Mashup #461