Facebook hits 2.5 billion monthly users
As part of its Q4 earnings report, released last week, Facebook revealed that it now has 2.5 billion monthly users, up 2% from 2.45 billion in Q3 2019, and now has 1.66 billion daily active users (graph below). Facebook also noted that across its family of apps - Facebook, Messenger, Instagram and WhatsApp - there are now 2.26 billion daily users, up from 2.2 billion last quarter.

However, while the social network beat Wall Street's expectations in terms of user growth, Facebook posted lower than expected profits, due to increased expenses - including a large numbers of new hires to work on privacy. As a result, despite earning $21.08 billion in revenue, up 25% year-over-year, Facebook's shares fell over 7% in after-hours trading, after initially closing up 2.5%. Part of Facebook's increased expenditure can also be attributed to a number of recent legal battles, the latest of which has seen the platform agreed to pay $550 million to settle a class-action lawsuit for violating the Illinois Biometric Information Privacy Act.

Facebook (finally) releases its Off-Facebook Activity tool
To mark this year's Data Privacy Day (January 28th), Facebook finally released its long-awaited Off-Facebook Activity tool, initially known as Clear History, to all users globally. The tool was initially soft-launched in Ireland, South Korea and Spain last August. Over the next few weeks, Facebook users around the world will also begin seeing prompts encouraging them to use the social network’s Privacy Checkup tools to review their privacy settings.

Snapchat launches Bitmoji TV
After teasing news of the launch last month, Snapchat officially released its new Bitmoji TV offering over the weekend. Bitmoji TV takes Bitmoji avatars of you and your Snap friends and puts them in their own full-motion cartoon series. The episodes will be hosted in a dedicated Bitmoji TV section within the app and, for now, won't include any ads. The first season of Bitmoji TV will run for ten episodes. Scan in the below Snapcode for more.

YouTube goes big on e-sports
YouTube has announced new deals with three different e-sports organisations - the Call of Duty League, the Overwatch League, and competitive Hearthstone - which will see the bodies stream matches exclusively on its platform. In the past, all three leagues (which collectively belong to Activision Blizzard) have primarily streamed matches on Twitch. The move marks the latest step in YouTube's plan to corner the marketplace through big e-sports leagues, rather than relying on individual streamers.

Pinterest debuts AR Try On feature in the US market
Pinterest has rolled out its new AR Try On Lens to users of its iOS and Android apps in the US and has said that lipstick - the current focus of the Lens - will be joined by more categories in the near future. Currently, Pinners in the US can use the app's camera to find different shades of lipstick from brands including bareMinerals, Estée Lauder, Neutrogena, and Sephora. Pinners can also snap pictures of shades they sample via Try On and save them as Pins to refer back to and shop at a later time. 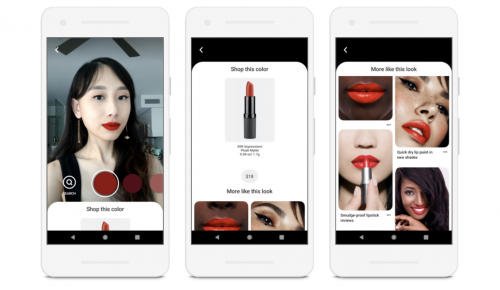 Twitter adds threaded replies to iOS
Twitter has released an updated design to its iOS app with a threading feature in the timeline, so that it "makes it easier to see who’s replying to who so you can join in on relevant conversations.” The update draws a concrete line between a parent tweet and the replies, with the replies indented slightly and connected by the series of vertical and horizontal lines.

We’ve given conversations a makeover on iOS. When people you follow are in a conversation, you’ll see their replies in a new way in your Home timeline.

This new layout makes it easier to see who's replying to who so you can join in on relevant conversations. pic.twitter.com/xNmnAtQFeI

Unicode Consortium promises more inclusive emojis for 2020
As part its Emoji 13.0 update, the Unicode Consortium has revealed that 117 new emoji will be rolled out later this year. Among the additions are 55 new gender and skin tone variants of emoji, including more gender-inclusive options such as all-gender options for the 'person in veil' and 'person in tuxedo', and a new all-gender 'person feeding baby with a bottle' emoji. The transgender flag and transgender symbol will also be making it into this year's selection. 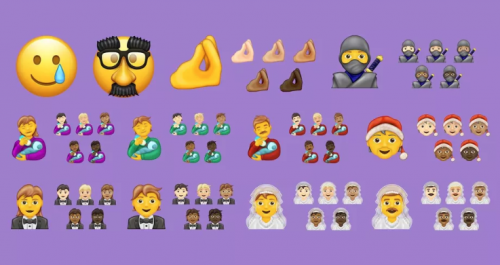 Social media use spans almost half the world’s population!
The latest edition of our Global Digital Report, Digital 2020, is finally here! You can now explore 247 pages of data covering the internet, social media, mobile, ecommerce, voice interfaces, smart homes, and much more. Check out our blog post to see the full report, as well as in-depth analysis.