For the last year, Facebook users have been able to share how they’re ‘feeling’, or what they’re ‘watching’ or ‘listening to’. The network has now expanded the feature, allowing iPhone, iPad or Android microphones to automatically identify music and TV programmes, which can be shared as updates using the normal ‘listening to’ or ‘watching’ format. Facebook has promised not to retain any data from the system, which is being rolled out to US users in the coming weeks.

Facebook is testing an ‘Ask’ button, which allows one user to enquire into another’s relationship status. Mashable pointed out the button’s huge potential and its significance for the online dating world; with such a huge user base, Facebook could quite easily become a rival to the likes of eHarmony and match.com. The Guardian, however, was much less positive, discussing the likelihood of unnecessary pestering and oversharing.

During the Indian elections in May, over 4 million Facebook users clicked on a new ‘I’m a Voter’ button. As a result, Facebook is expanding the feature to the EU, Colombia, South Korea, Indonesia, New Zealand and Brazil. It’s already seen success in America, too, where its launch during the 2010 mid-term elections was credited with mobilising 340,000 extra voters.

Facebook has responded to pressure and changed its default privacy settings. Those joining from Thursday will now automatically share updates with only ‘friends and family’, rather than the whole public. The change won’t affect current users, who will be prompted to perform a ‘privacy check up’.

Facebook is expanding its premium video ads, rumoured to cost $1m per day, to the UK. They could start to appear as early as June, but will be expected to take off in September, during the busy ‘back to school’ period for key retailers, Tesco and ASDA. The ads, which have been available in the US since March, will also be heading to Australia, Brazil, Canada, France, Germany and Japan.

Pinterest is launching a new analytics API that will allow select partners, such as Salesforce and Hootsuite, to offer a range of Pinterest business insights. The move will not affect Pinterest’s own in built analytics tool.

Sydney's popular Vivid Festival kicked off last Friday, and this year it's being supported by an extra app in addition to the official guide and planner. Vivid Snap is a photography app that lets users integrate light art into their festival snaps before they share them with their friends. 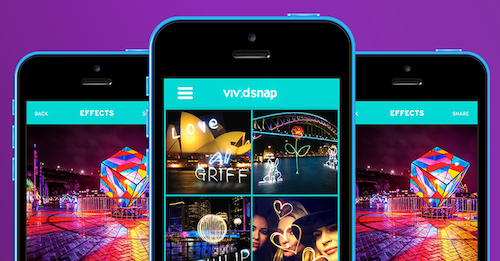 Tweet of Origin launched ahead of State of Origin game one

Twitter data collected during tonight's State of Origin match between New South Wales and Queensland will be taken from the Nine Network's 9jumpin iOS/Web app to generate real-time stats showing which state is getting the most online support. The result of a collaboration between Nine and Mi9,  'Tweet of Origin'  is drawing data from the #Origin hashtag and representing sentiment in a meter. Up the Blues! 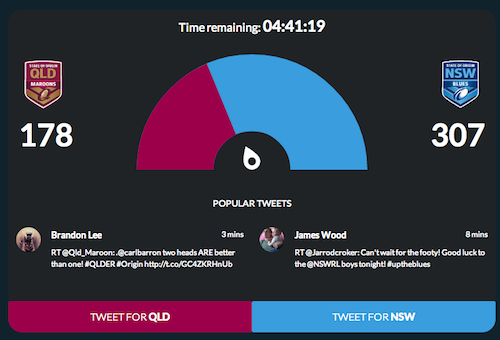 adidas is allowing buyers of its ZX Flux trainers to customise them with their favourite Instagram photos. The process, referred to as ‘Instagramizing’, is shown in the below update from the brand.

Chicago-based beer brand, Miller Lite, is launching a TV commercial made up of user-generated content from Twitter. Anyone who tweets a picture using #ItsMillerTime will be eligible for the chance to win $1,000 and a place in the ad.

Budweiser is ramping up its social efforts as official beer to the 2014 World Cup. It’s launching a ‘Rise as One’ microsite to act as a hub for various video and photo content and will also ask fans to vote for their man of the match on Twitter after each game. On site in Rio, there will be a branded hotel, which is set to include an Instagram booth and Facebook studio.

Save The Children launches #Vlog4Good

Save The Children is looking for a new face for its YouTube channel, and is planning to find them through social. Applicants will be given one minute to explain, on video, why they should win the 12 month paid position, in which they’ll be expected to ‘reinvent’ the charity’s editorial approach for the platform.

We Are Social create social viewer for STA Travel

We Are Social has created a campaign for STA Travel, encouraging young Australians to travel domestically. The brand will host a social version of a ’3d viewer’, allowing users to create their own reel from influencers’ Instagram photos and develop a personalised Australian experience.

After an innocuous holiday request by security guard, Greg Heaslip, was sent to every employee at Arcadia group, #GiveGregTheHoliday started trending on Twitter. This led to a piece of reactive marketing by Trek America:

We're taking action and have decided to #givegregtheholiday. A TrekAmerica mini adventure with flights to Vegas. #GregGotTheHoliday!

He also received other prizes, including a tuxedo. However, he’s decided to donate everything to the Stephen Sutton charity and go to Chessington World of Adventures, as he originally planned – a real-life example of a ‘Good Guy Greg’.

Marsh took to Twitter to voice her anger, referring to the company as ‘bullies’. As a result, Asos has donated £10,000 to an anti-bullying charity and apologised to Marsh. RetailWeek analysed what the ‘fail’ means for brands, including advice by We Are Social’s own Lisa Hardy to ensure that the person in charge of responding on Twitter is adequately experienced for the role.

Velveeta’s Facebook tone of voice wins over fans
Velveeta processed cheese has seen its Facebook page take a slightly odd turn recently, posting what can only be referred to as, errr, ‘cheesy’ updates.

These have led to some unpleasant responses, but the brand has dealt with them well and managed to convert users to its side. It’s a great example of the success a unique tone of voice can bring to a brand.

Billboard company Outdoor Plus saw huge success on Twitter last week, when they tweeted the below to Coldplay. When the band retweeted this to their 12 million followers, the company saw a big rise in reach – a clear example of the power of influencers.

Reddit launches Ask Me Anything app After a failed attempt at launching an app in 2011, Reddit has rolled...