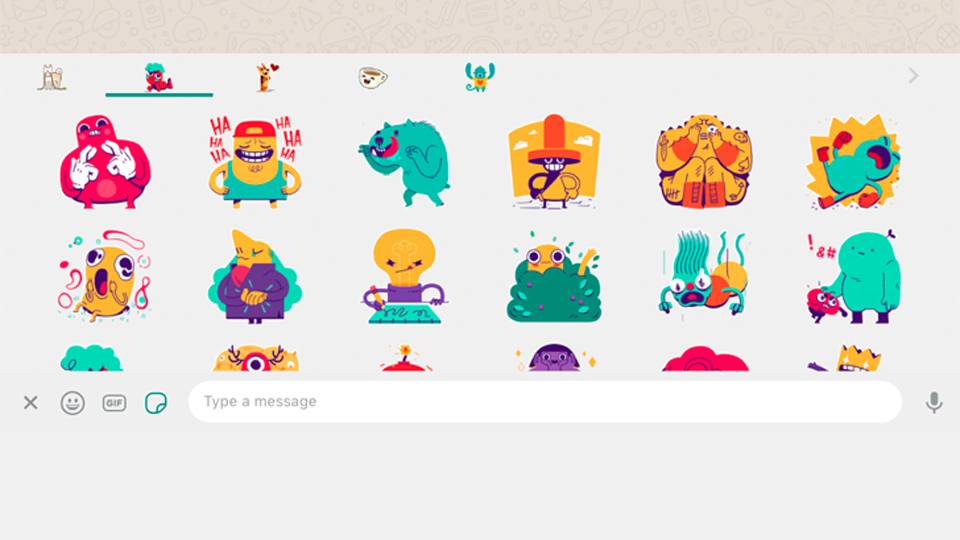 Digital-only isn’t the only way for Generation Z

A recent report by AdAge and Unidays, Gen Z: Decoding the Digital Generation, reveals that 60% of us Aussie youngsters much prefer to use desktop when making online purchases. The experience of re-reading your well-loved print copies of Harry Potter seems to be unbeatable, with 77% of respondents preferring that traditional feel of turning the pages. So, marketers, the key learning is that it’s essential for brands to develop both online and offline strategies to capture the attention of this nostalgia-hungry generation.

Sticker fans, rejoice! The popular messaging app has announced it will be rolling out stickers to its iOS and Android users over the coming weeks. Fans of the app will have access to a limited selection of stickers, designed by WhatsApp's own team and a selection of artists. However, the platform has also released a guide for would-be sticker creators, which involves first publishing packs on the Google Play or Apple App Store. 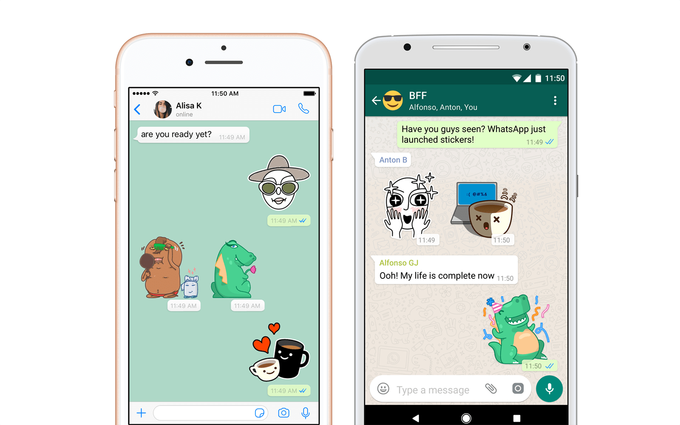 Shredding for summer? So is Messenger. Facebook has announced it will be overhauling the look and feel of Messenger to cut out much of the excess design clutter it has accumulated over the years. Under the new, simplified design, all chats will be listed under one tab, with another dedicated 'People' tab containing stories, Friend's activity and the search functionality. A third 'Discover' section is saved for bot integration options and games. The update will be made available to all users over the next few weeks. 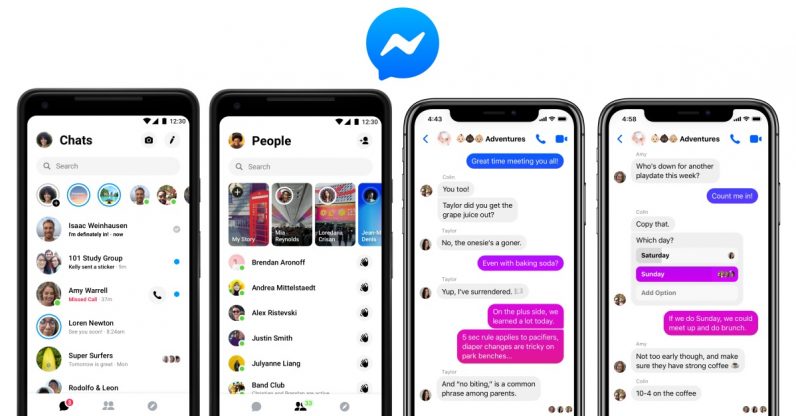 In the spirit of Halloween, Facebook is resurrecting a dearly loved Myspace feature. Once pinned, songs will appear in a new dedicated 'Music' section at the top of your profile. People who visit your profile will then be able to listen to part of a song and view photos of the artist before being be linked back to the artist's Facebook page. There is currently no timeline for when the feature will be rolled out broadly (but get excited to party like it’s 2006 again).

Because why add other people's music to your page when you can embarrass yourself with your own? The social network is reportedly looking to take on immensely popular 15-second video app TikTok as it works on the launch of its own dedicated app that will let users record themselves dancing and lip-syncing to music. Unlike its rival, Lasso will allow users access to songs that go beyond the 15-second restriction. I guess if you can’t beat them, copy them, right?

If you love Music, the social gods are smiling on you today. Instagram has partnered with music streaming service, SoundCloud, to allow people to share music directly from the site to their Stories. To share your favourite tunes, simply click the share button at the bottom of the track on SoundCloud and either click the Instagram icon or "Share to Instagram Stories" (depending on your device). To listen to the song, users will need to click on the "Play on SoundCloud" button, which will redirect them back to the site. This integration is now live and available via the latest versions of the SoundCloud and Instagram mobile apps on iOS and Android.

Facebook updates its ad offering for the festive season

Fa la la la Facebook! Better get those Bublé playlists ready for some Christmas targeting. Facebook has released a wave of new updates to its ad products to help marketers get their products noticed. Firstly, the social network has expanded overlays for dynamic ads so that marketers can now create their own overlays (dedicated to Black Friday or Christmas, for instance) to visually promote discounted products. Holiday-specific templates and stickers will also be introduced to the video creation kit to help businesses more easily create video ads that showcase their products. And last but not least, Facebook has released two updates to make collection ads more immersive and personalised, including the option to automatically organise products from a catalogue into more personalised groupings such as "Suggested for you" and "Most viewed".

Facebook confirms it's building a set of AR glasses

Fellow Pokémon Go trainers, this one could be for you. At a TechCrunch event in LA last week, the platform's head of augmented reality confirmed that the team is "going forward" on designing a new set of AR glasses. This comes after Facebook launched its first piece of branded kit, Portal, early this month.

In other AR news, Snapchat has released Snap Camera, its first software for Mac and Windows devices that take over your webcam to bring AR effects to other services such as YouTube, Google Hangouts, Skype, Facebook Live and more. Goodbye, productivity! In addition to which, the platform has announced at last week's TwitchCon event that Twitch broadcasters with extra features will be given access to additional features. Snap Camera is available to download now and sits as a standalone offering to Snapchat itself, not even requiring users to sign in to their account to access the AR Lenses. The platform says the aim of this new launch is to "drive more attention to its community AR Lens platform so more developers and creators will make their own effects" as opposed to boosting user growth.

Twitter has announced it's testing a series of profile updates including presence indicators (a WhatsApp-like status to help people describe what they’re doing while they tweet) and 'ice breakers' to help prevent that awkward lull in conversations. In addition, plans also include a design update to the alter way conversations are laid out on the platform, making them look more like group texts. A dedicated 'reply' button is to be added under each tweet with replies set to appear in a different colour to the original tweet. The platform hasn't confirmed a timeline for when, or if, any of these updates will be rolled out widely.

As part of Microsoft's Q1 2019 results, which were reported last week, the tech giant revealed that LinkedIn - which it purchased back in 2016 - saw its revenue grow by a whopping 33% across all currencies. The report also revealed that LinkedIn showed "record levels of engagement, highlighted by LinkedIn Sessions growth of 34%" and saw its membership hit 575 million back in August of this year. Although the actual usage and daily active user figures are still unknown, things are clearly going well for the platform since it joined the Microsoft family.

If you’re keen on finding the best Instagrammable cafes, Google now has your back by "introducing a new way for users to follow their favourite businesses". Users of the app will now be able to tap the new 'Follow' button on a business' page that will keep them updated with events, offers and other updates in the “For You” tab. The new feature will become available to over 150 million businesses already on the Android version of the app over the next few weeks, as well as its millions of users. The “For You” tab is currently available in limited markets, with more countries coming soon.