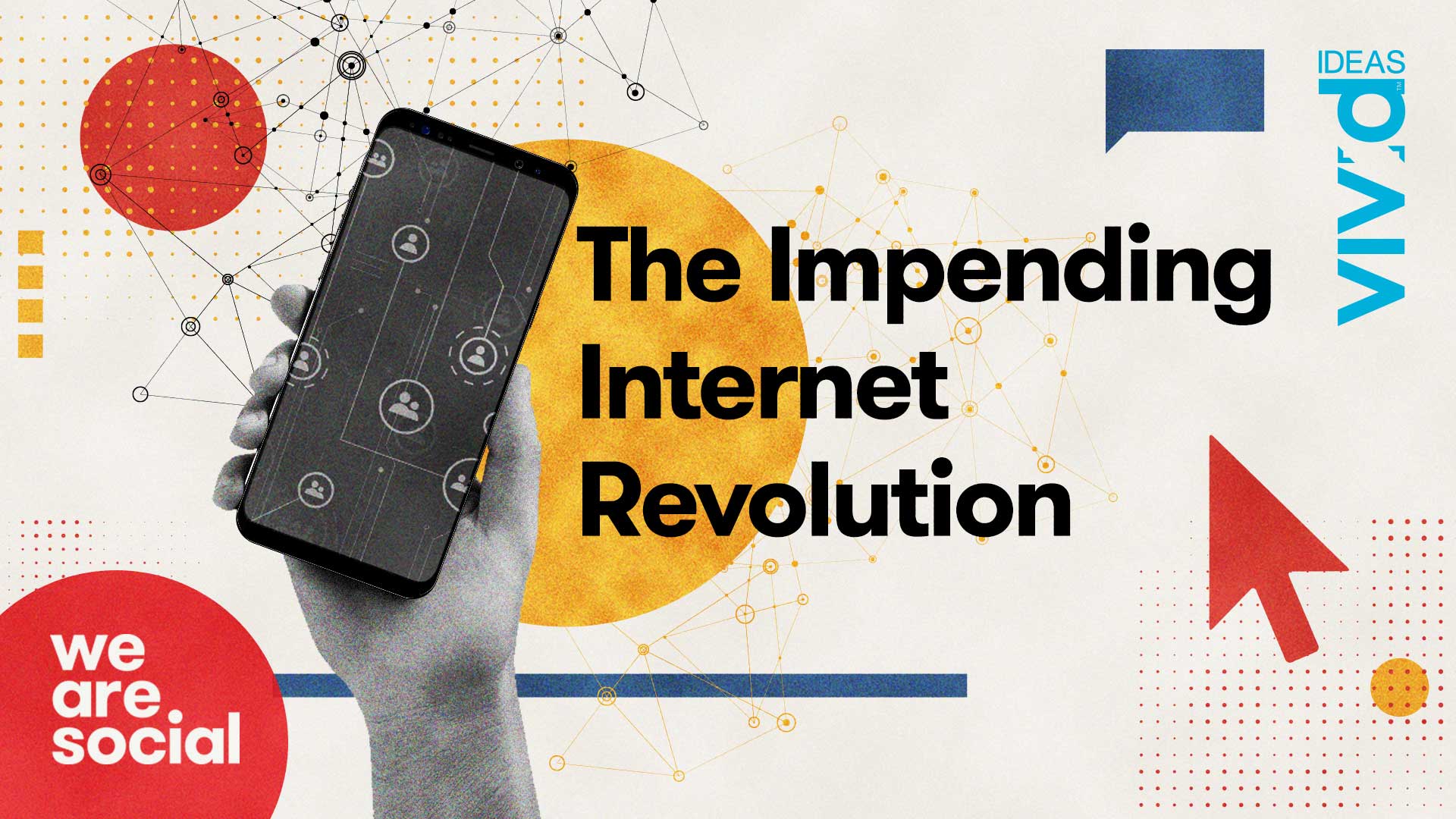 We are facing the Impending Internet Revolution together
As you'll soon no doubt learn from devouring today's Wednesday Wrap-Up, all signs currently point to an imminent reinvention of the Internet as we know it. From accelerating tech innovation and the drive to connect the next billion people, to mounting concerns about data privacy and political manipulation, it's fair to assume that while said revolution will deliver significant benefits to individuals and society, it's those operating in marketing who will need to adapt most efficiently of all. It's high time we faced the impending Internet revolution head-on, and it's time we did so together.

Which is why we're partnering once again with Vivid Ideas to stage a discussion on that very topic. Join our Managing Director, Suzie Shaw, and Simon Kemp, founder of Kepios and We Are Social's global consultant, on Tuesday June 4 at the Museum of Contemporary Art, Sydney to explore how the next generation of trends will impact our daily lives and how brands and marketing – and you – must evolve in order to survive and thrive in this exciting digital future. Ticketing to the event is now open and more information is available here.

The fate of the spurious: Highlights from Facebook’s F8 conference
If you missed out on an invitation to this week's Met Gala, it's likely you also missed out on a guest list spot at Facebook’s equally glamorous annual developer conference, F8, which took place last week. According to CEO Mark Zuckerberg, who is about as far from 'camp' as any five star lodging, the overwhelming theme was that “the future is private.” Sure. Here are some of the highlights:

But while F8 was ostensibly all about the pivot toward privacy, it was almost certainly not about Zuckerberg pivoting toward a stellar career in stand-up. Perhaps he's camp after all?

The moment Mark Zuckerberg tries to make a joke about privacy and nobody laughs: pic.twitter.com/izt7kIhjLz

Twitter unveils new video partnerships
Facebook isn't the only platform making headlines this week. After the recent confirmation that there are more lurkers on Twitter than their art participators, the platform has announced more than a dozen new partnerships from sports, entertainment and news to help it reach its engagement lofty goals. The partners, which include Live Nation, ESPN and the Wall Street Journal, will build exclusive video content on the platform to get users to “lean in” rather than sit back and watch the world burn.

Twitter boosts retweets
Twitter users can now add images, videos, and GIFs to their retweets / quoted tweets, a long-anticipated update that apparently resulted from a longstanding design challenge. The news was heralded, rather aptly, with the following.

YouTube CEO addresses creator concerns
YouTube CEO Susan Wojcicki has been reaching out to aggrieved creators on the platform via a blog post. The issues include copyright claims removing ads from videos, the trending section not showing some of the most popular uploads, and comments being removed for family vloggers. In her post, Wojcicki outlines (occasionally vague) plans to address the above, but no doubt it’ll still be a hot topic of conversation in the company’s forthcoming Creator Summit in New York.

Google tests shopping links on YouTube
Also on the horizon at YouTube, Google are seeking to edge in ever further on the commerce side of things by testing shopping links under YouTube videos, which direct the user to Google Express – its online marketplace.

YouTube Originals removes subscription fee
As a gesture of goodwill (or a concession of defeat - you choose), Google has decided its time to give back to its loyal denizens by making YouTube Originals entirely free and ad-supported, which means you’ll be able to tune into its new content, including a long-awaited project with Justin Bieber and that entirely off-brand wrestling show I keep getting served ads for. YouTube’s chief business officer Robert Kyncl commented: "While every other media company is building a paywall, we are headed in the opposite direction and now have more opportunities than ever to partner with advertisers and share our critically acclaimed Originals with our global audience."

Verizon looks to offload Tumblr
Verizon, owner of Tumblr (the more you know) are looking to throw in the towel, as it were, with news announced this week that it’s apparently selling the moribund platform. Like most fruitful acquisitions, Verizon ended up adding the platform to its portfolio when it bought Yahoo back in 2013. After its band on NSFW content devastated the platform, it's anticipated that a new owner could help revive Tumblr. Enter Pornhub VP Corey Price, who claimed in a statement to BuzzFeed News that his company is “extremely interested” in buying Tumblr and “very much looking forward to one day restoring it to its former glory with NSFW content.” I love that for him. Follow your bliss, Corey.

ASOS gives Thea the last laugh
And now for everyone's favourite community management story of the week: when Thea Lauryn Chippendale was insulted over Tinder about her choice of dress, she shared her outrage on social and ASOS, retailers of said dress, leapt into action. They messaged Thea: “Here's to finding our perfect match. Thea babe, let's talk. Check your DMs." The clothing giant then snapped up the image of Thea – who, naturally, looks amazing – to advertise the product on their site.