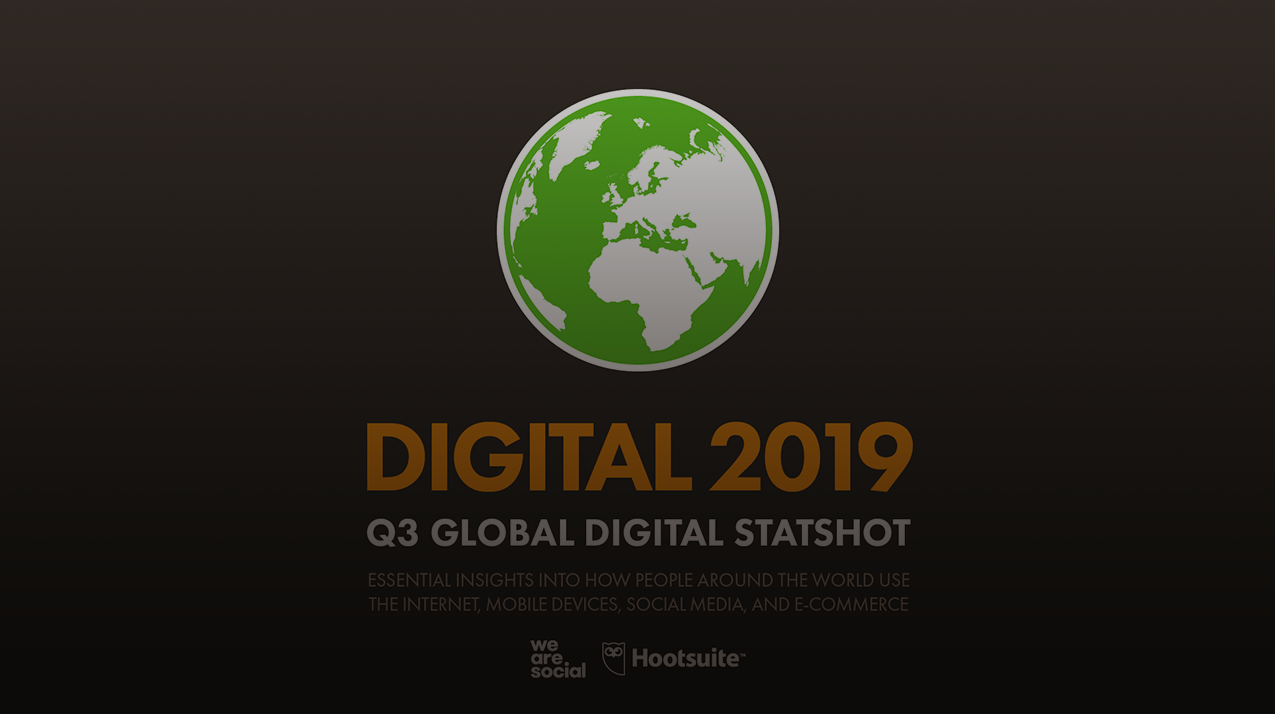 The new Global Digital Statshot report from We Are Social and Hootsuite is packed with all the latest data you need to understand how people are using the internet in July 2019.

You’ll find the complete report in the SlideShare embed below, but read on for Simon Kemp's summary of this quarter’s essential headlines. 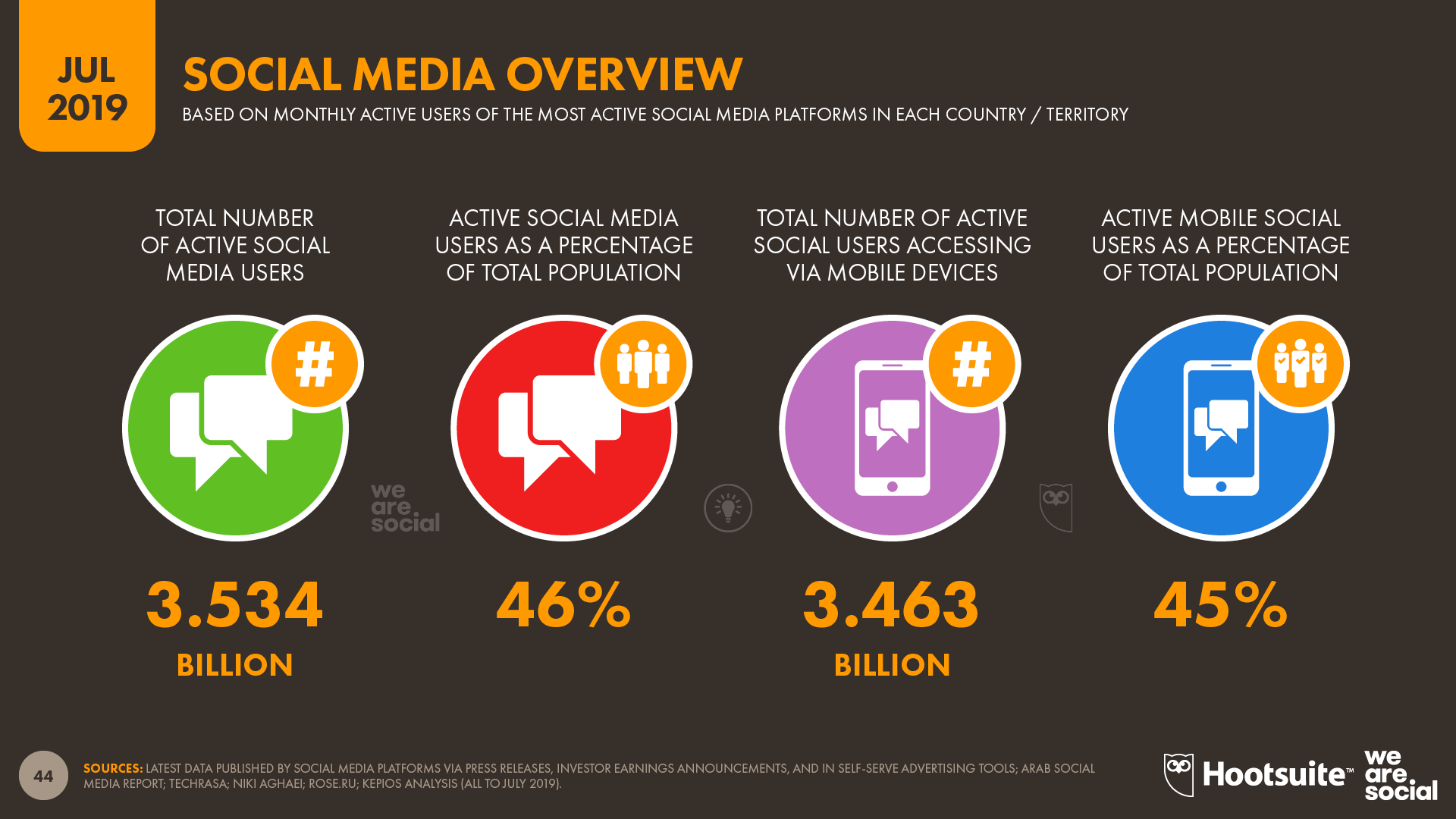 What’s more, if we focus on ‘eligible audiences’ – people aged 13 and above – the social media penetration figure increases to 59 per cent, with the latest trends indicating that it should pass 60 per cent within the next few months. 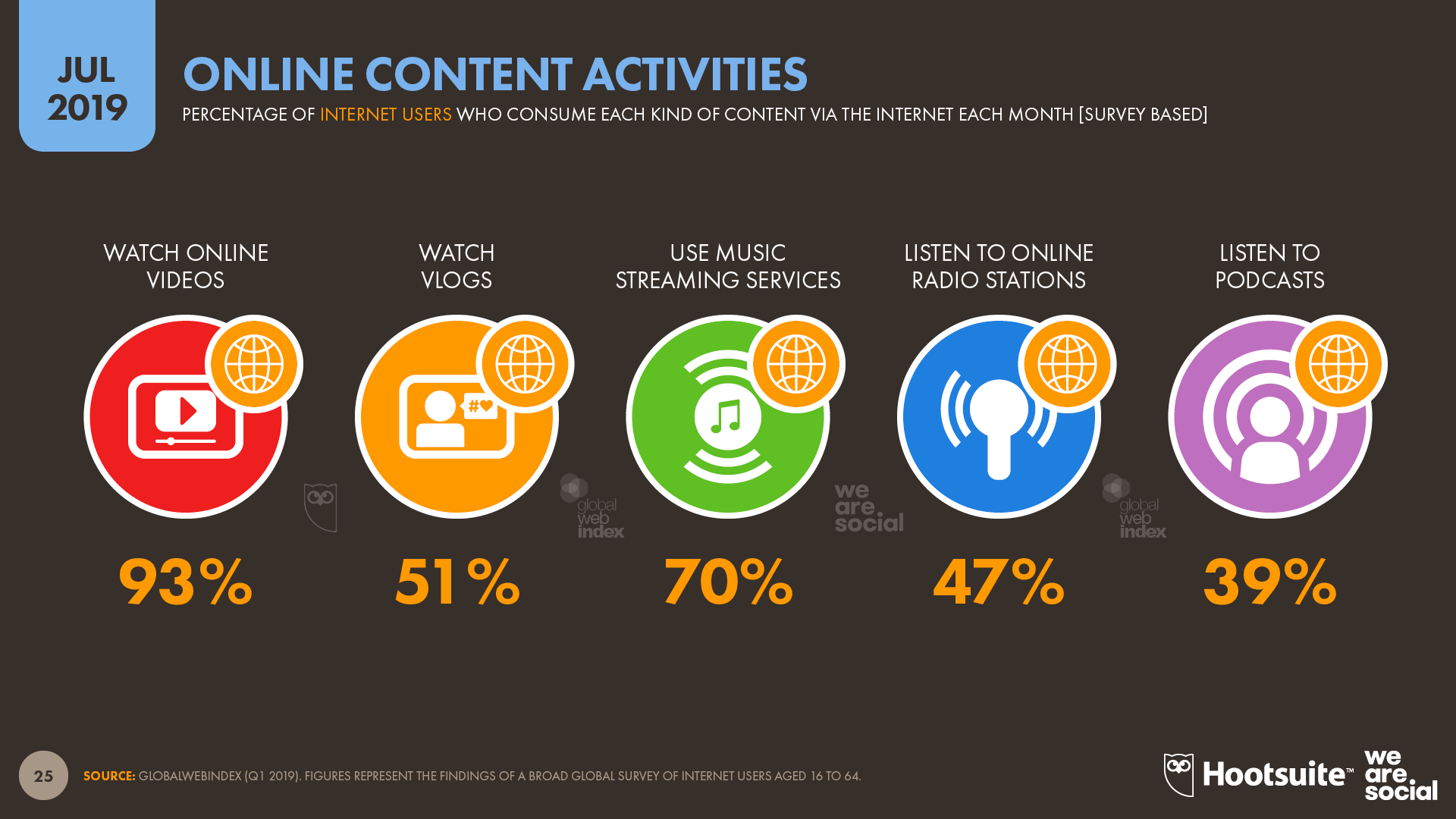 Snapchat’s audience jumps
Data published in Snapchat’s self-serve tools show that the platform’s advertising audience jumped by a massive 19 per cent in the past three months, reaching a total of 369 million users by July 2019. That translates to an increase of almost 60 million users since April, with growth rates consistent across all age groups. 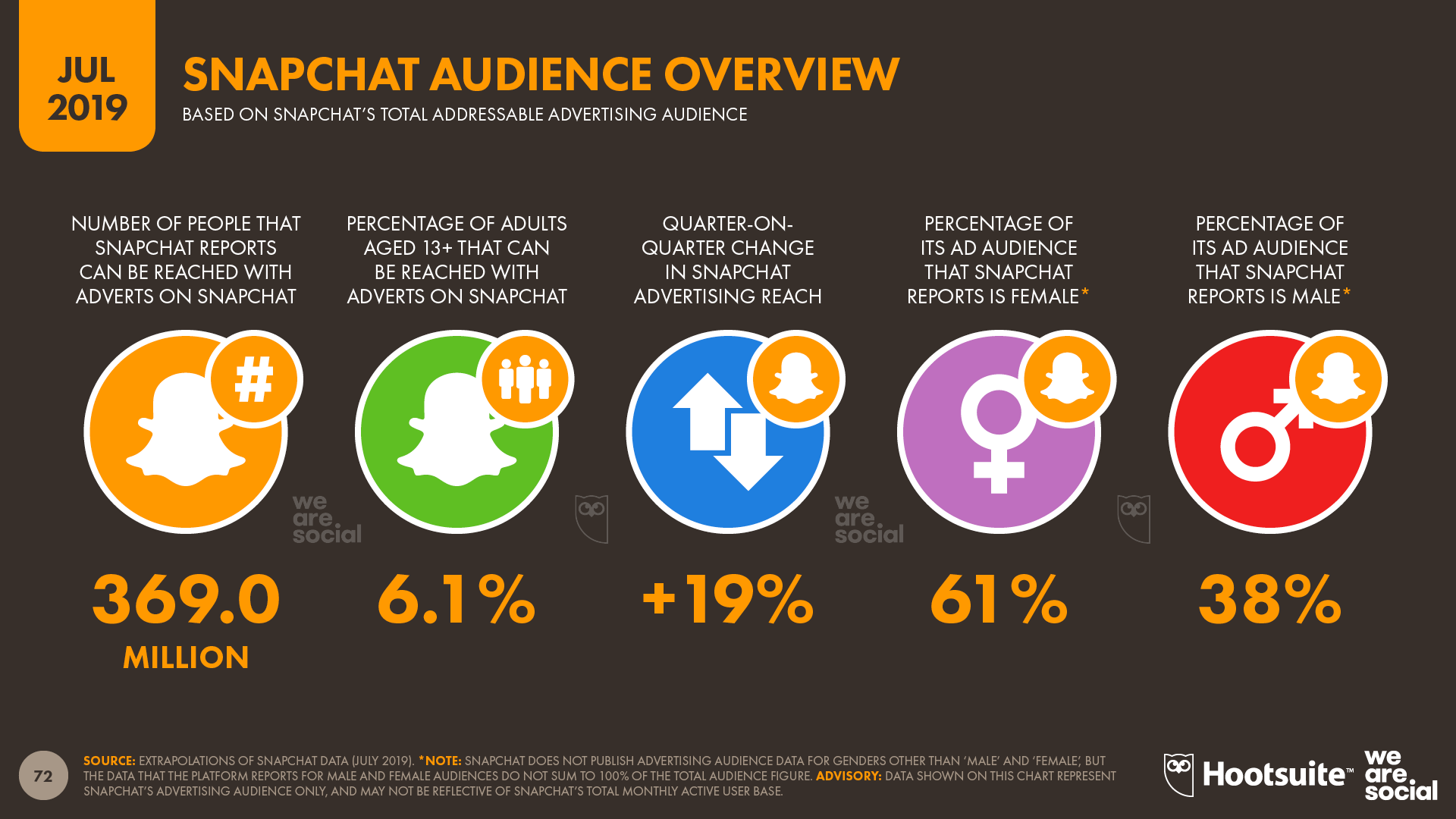 It’s not just Snapchat’s data that shows the platform is growing, either. The latest data from App Annie shows a spike in downloads of the Snapchat app over the past three months, with App Annie’s analysts attributing the platform’s renewed success to the launch of new A.R. filters, and improvements to its Android app.

Facebook still rules when it comes to teens
Despite Snapchat’s impressive growth, the platform still can’t claim to be the kids’ favourite. That honour doesn’t belong to Instagram or TikTok, either.

Perhaps surprisingly, it’s Facebook that boasts the largest number of global users aged 13 to 17, and if we extend the age range to include all teenagers, Facebook now has almost as many users as Snapchat and Instagram combined. 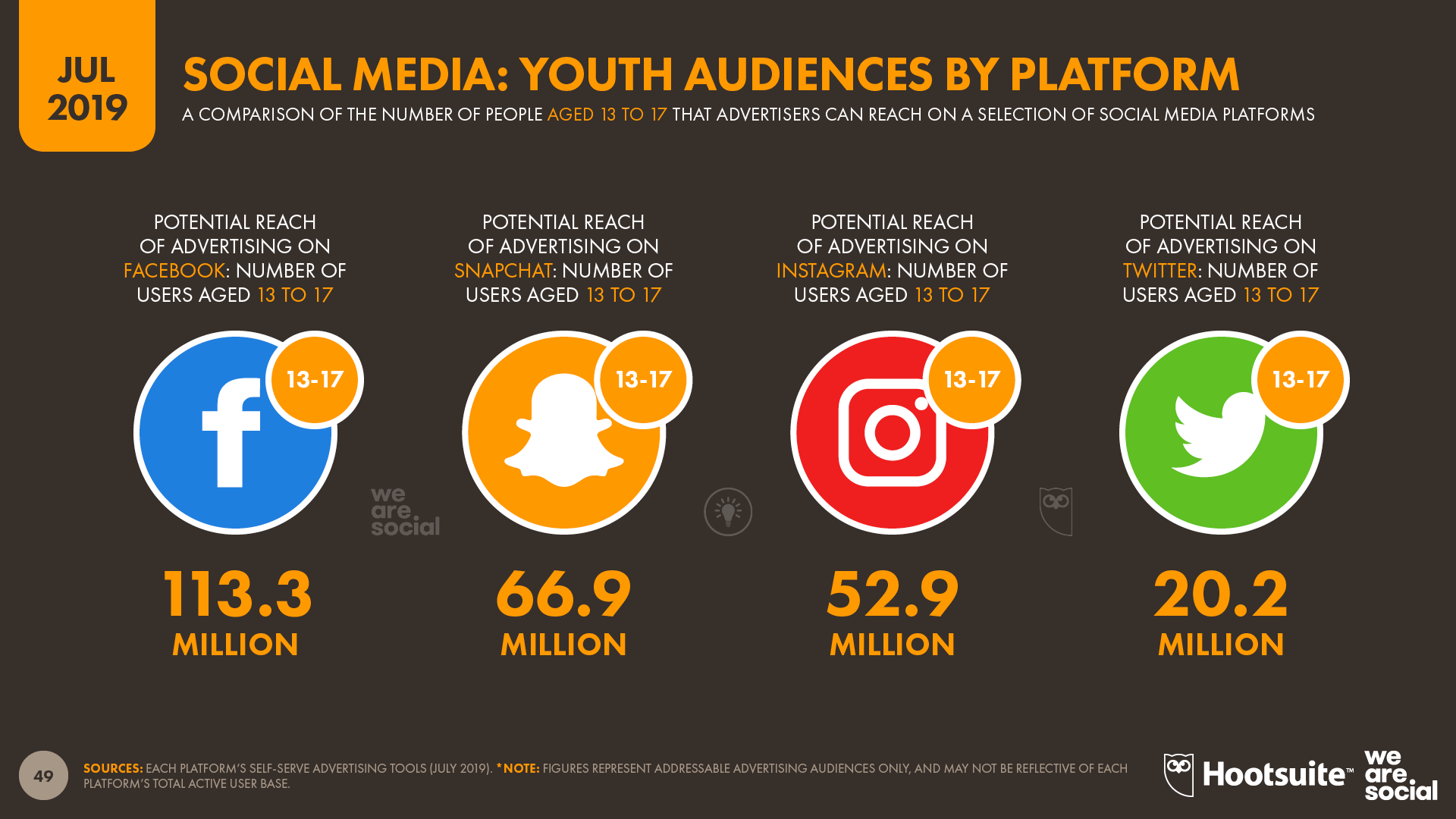 Facebook’s youth audience actually increased over the past three months, with the number of 13 to 17-year-olds using the platform up by almost 5 million since April.

The key take-away here is that we need to be more wary of clickbait and received wisdom. It’s easy to fall into the trap of believing that ‘the kids’ have given up on Facebook, but the cold, hard facts tell a different story.

Esports win with younger audiences
There are even more surprises for brands marketing to teens when it comes to sports. The latest data from GlobalWebIndex suggest that esports may have reached a tipping point amongst internet users aged 16 to 24, with 32 per cent saying they’ve recently watched an esports tournament, compared to 31 per cent who say they’re interested in watching more ‘conventional’ sports like football, cricket, or motor racing. 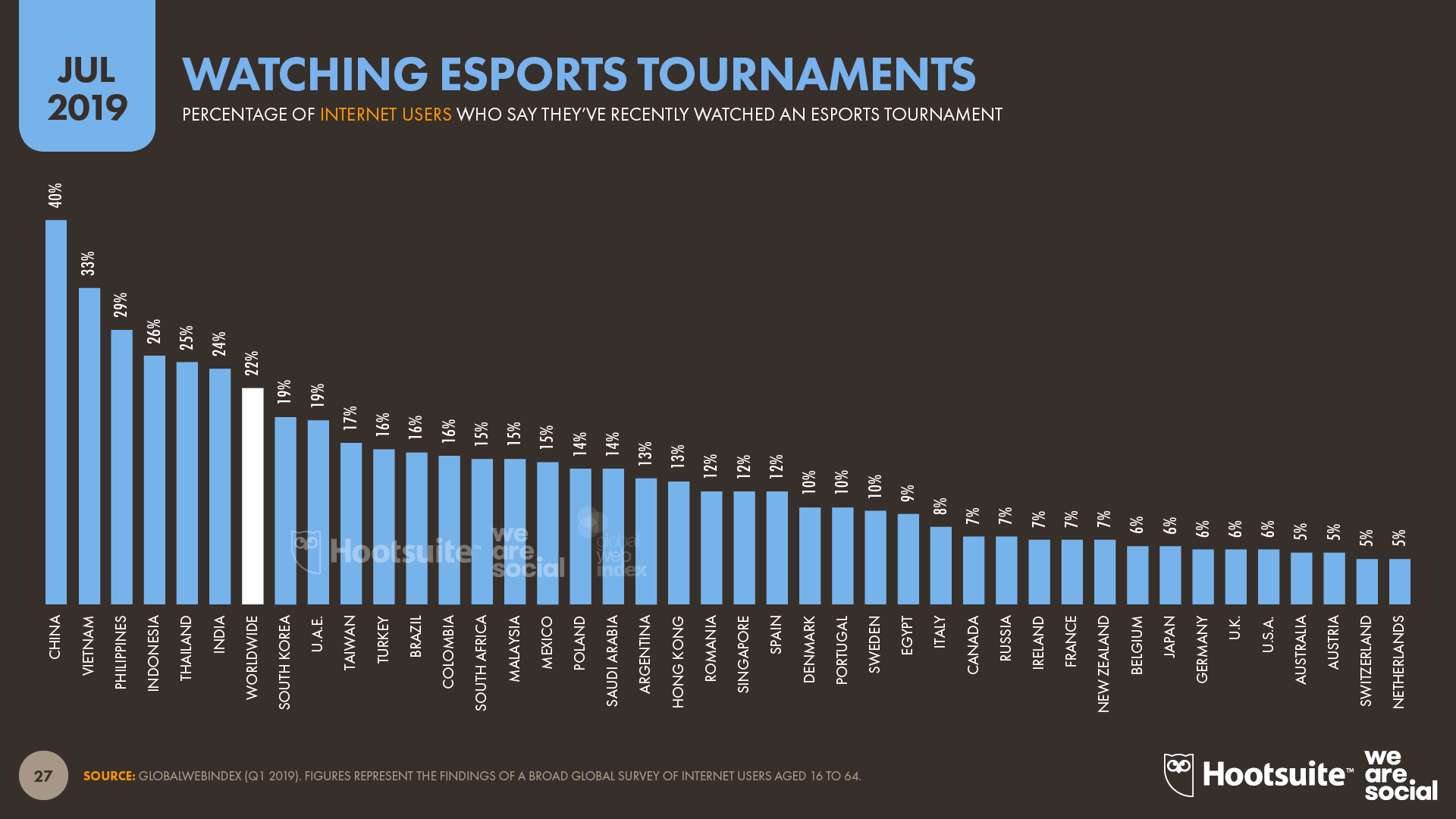 Almost 1 billion people around the world have watched an esports tournament in recent months, with interest particularly high in Asian countries.

‘Game spectating’ is gaining broader momentum, too. Roughly 3 in 10 internet users say that they recently watched a live stream of someone else playing video games, equating to a global audience of 1.25 billion people.

The case for voice gets stronger
100 million people started using voice search and voice commands since April, with more than 43 per cent of internet users now using voice tech every month. More than 1.88 billion people around the world now use voice to control their devices, with half of all internet users below the age of 35 already converted. 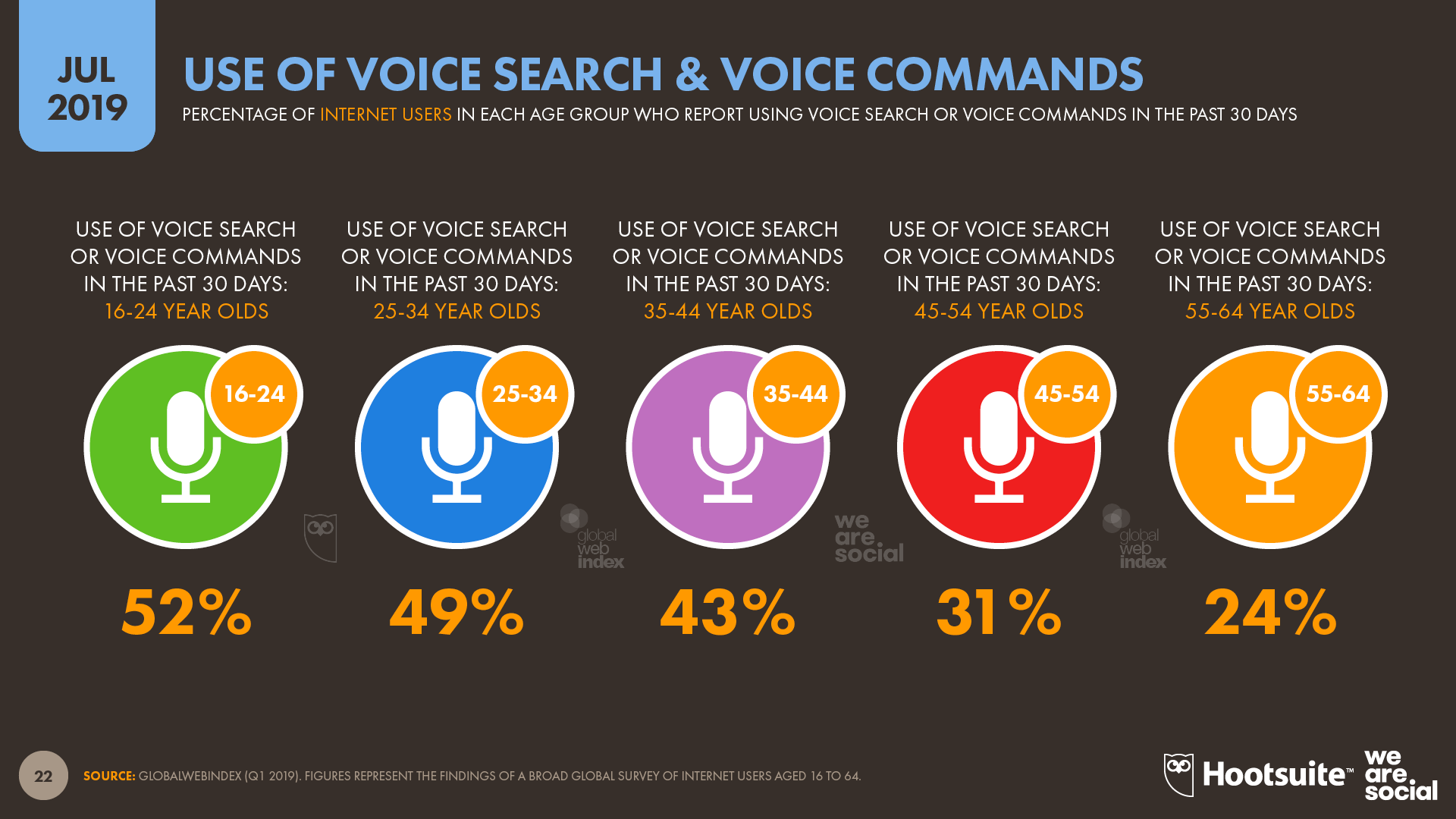 It’s also important to stress that most voice activity takes place on smartphones, so you don’t need to wait for everyone to have a ‘smart speaker’ before you take voice seriously. Now is the time to start making sense of what voice means for your business – before you need to play catch-up.

The value of truth
Despite the fact that more than half of the world’s internet users say they’re worried about ‘fake news’ online, it turns out that we’re four times more likely to use an ad-blocker than we are to pay for digital news content. 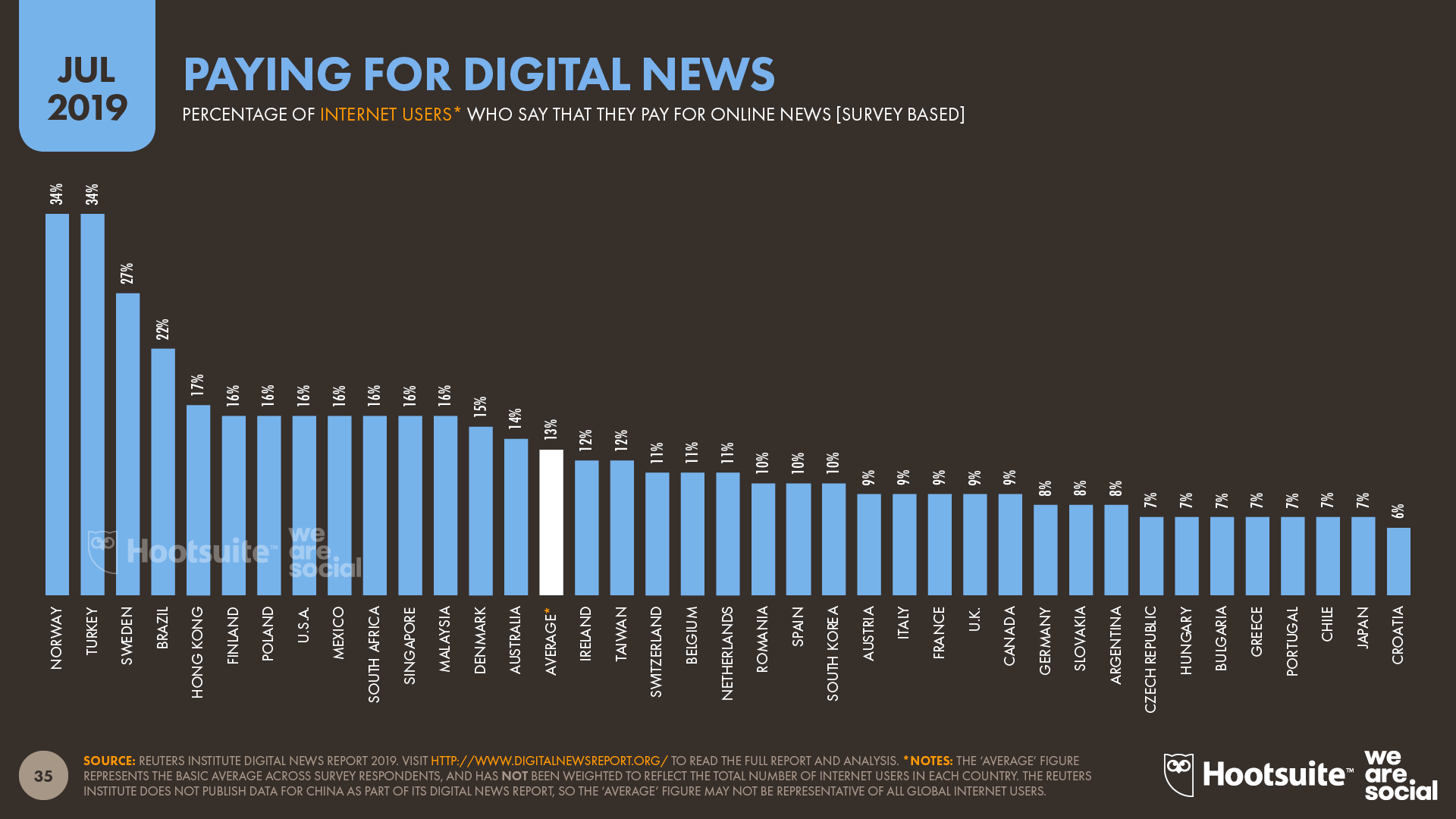 However, the excellent new Reuters Institute Digital News Report 2019 finds that people are starting to realise the potential value of paying for quality news content, although they’re much more likely to pay for a video streaming service like Netflix than they are to pay for news.

These findings are supported by the latest data from GlobalWebIndex, who reports that roughly two-thirds of all internet users paid for some form of digital content in the past 30 days. Once again, video streaming platforms were the top choice.

That’s all for this summary, but we'll be digging deeper into these stories – together with the rest of this quarter’s key findings – in a series of additional articles over the coming weeks, so be sure to check back for those. 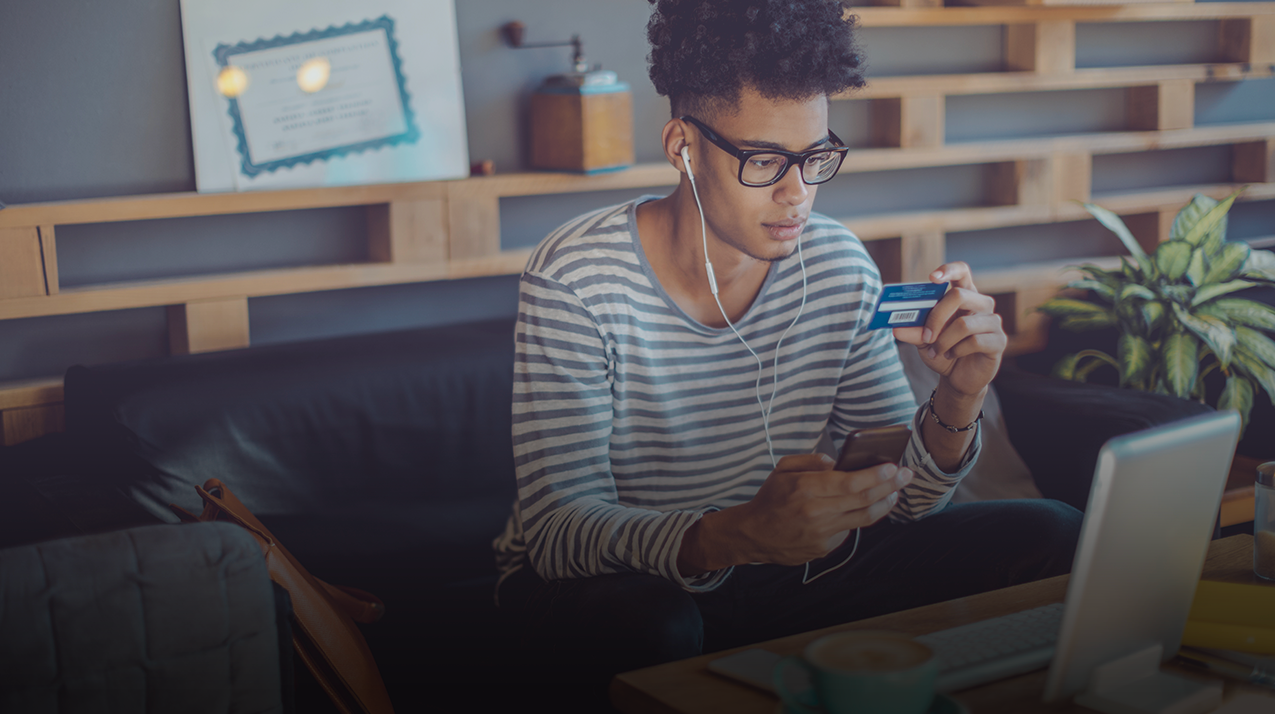 Travel and dark social in 2019