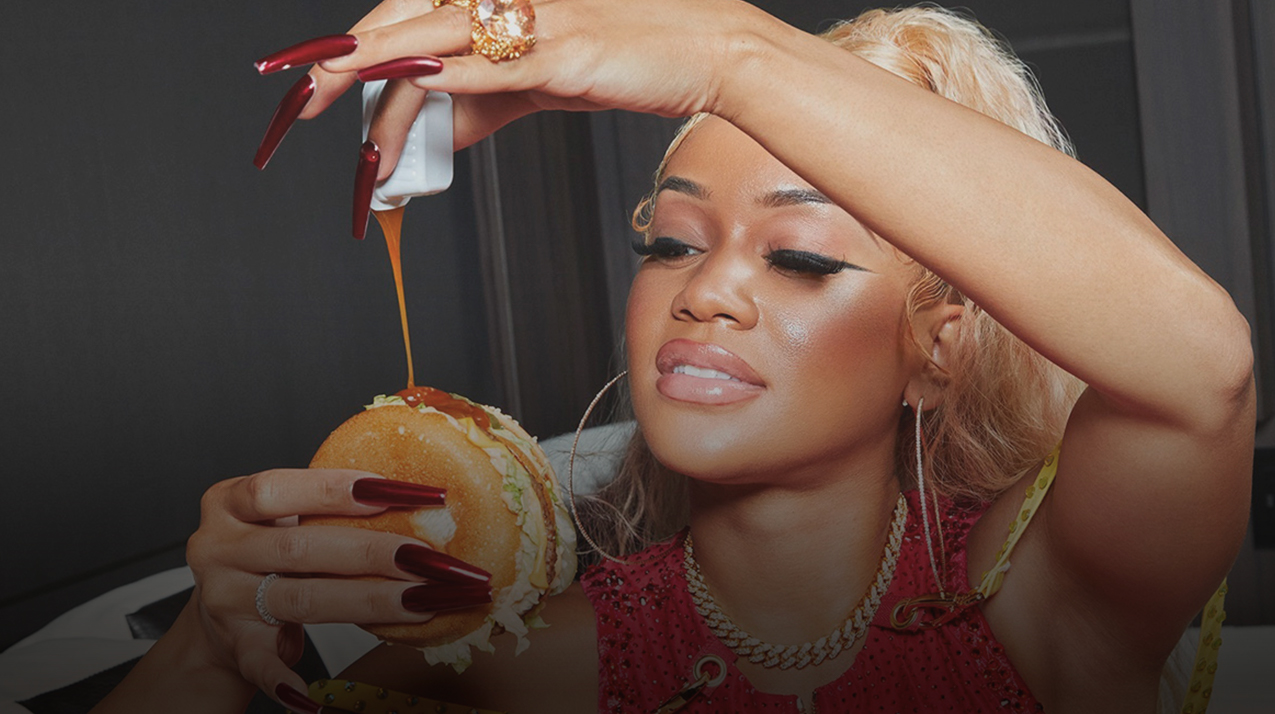 A few weeks ago, the Saweetie meal dropped at McDonald’s. A tantalising combination of a Big Mac, Chicken McNuggets with two sauces (Saweetie 'N Sour and Tangy BBQ), fries and a Sprite. The fast-food giant’s partnership with the rapper is the latest in its long line of celebrity endorsements, from BTS to Travis Scott.

While the meal choice might appear a little random, the eclectic combination plays on Saweetie’s well known remixed music style and adds a layer of chaotic, humorous appeal to an otherwise standard menu. It brings her personality to the forefront of the campaign, and makes her contribution more than just a bland promotion of an existing product.

It shows that far from being outdated, celebrity endorsements can still make an impact when they’re executed well. McDonald’s generated conversation, both in mainstream media (the combo is a “total game-changer” according to one global publication) and online fan communities alike. Reddit, for example, is awash with speculation around how to best consume the combo. While not all contributions are positive, it’s got people talking.

How it started How it’s going pic.twitter.com/70A7RqVbV0

Talent partnerships are evolving for modern brands. Brands shouldn’t underestimate the resonance of celebrities. They still have an unmatched emotional power in the right situations – 51% of Gen Zers say that they would be more likely to buy a product because their internet online celebrity recommended it.

But slapping someone’s face on to marketing collateral is a wasted opportunity. It might be effective for more traditional above-the-line partnerships, less so when looking to reach digitally savvy younger audiences. Global fan communities are powerful, but they can be difficult to speak to authentically.

People are always seeking ways to connect to their heroes via social, especially those at the top of their games, but with studies showing that shared fandom is a powerful bonding agent, highlighting interests and passions can be a powerful shortcut to connection.

For example, when adidas asked us to create a campaign that would celebrate athlete Noah Lyles, we were immediately drawn to his love of animé. The resulting campaign, "Unlimited Charge", was directed by Lyles himself, and was a unique take on the athlete’s ambitions, brought to life in his creative medium of choice.

The film premiered on NBC in the States ahead of the adidas Boston Boost Games, where Lyles wore a custom sprint suit inspired by the film. Lyles shared his BTS sketches from the making on his Instagram. This personal approach meant more to him – and his fans – than a simple product shoot ever would.

While it’s expected that brands will seek out talent that complements their values, this approach takes it one step further. It’s about tearing up the usual playbook and finding out what makes talent tick, not just where you happen to align together.

Through partnering with digitally-savvy celebrities, brands can associate themselves with their existing online fandoms and communities – but it’s important to bring out the unique characteristics that make them so popular.

Do that well, and fan communities will amplify your work for you; the Saweetie meal has been widely memed over the past few days. It helps that Saweetie – or Big Mac Mama as she temporarily dubbed herself on Twitter last week – seemed to be having a lot of fun responding to the conversations. That’s an authentic relationship for you.

No partnership is alike. McDonald’s may have had multiple celebrity faces to front its campaigns, but each has maintained strong momentum. They have been hugely hyped, widely shared and generated mass excitement due to the highly individualised nature of each activation. They’ve been shown to be effective from a financial perspective; the Travis Scott Meal reportedly helped the company move from an 8.7% drop in the second financial quarter of 2020 to a 4.6% gain in the third.

Being able to get stuck into an idol’s favourite food, to share their entertainment passion or to hear about their fashion secrets brings consumers closer to a celebrity; it humanises them and makes them feel more relatable. Famous faces are fascinating – don’t waste an opportunity on a bland endorsement. Marketers need to let talents' personalities shine through.

This article was written for Campaign Magazine by our Chief Strategy Officer, Mobbie Nazir.

First they ignore you...