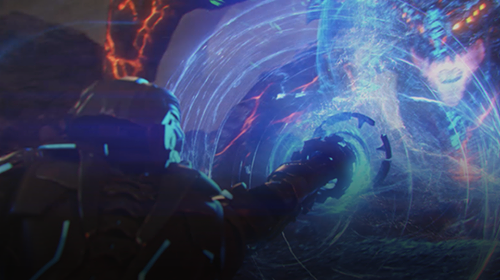 It’s been another great year for the creative industry and not a bad one for We Are Social, if we do say so ourselves. We’ve picked up a few Lions for our work with WWF and Audi; campaigns like Ikea’s Sensitive Rooms have boosted the We Are Social trophy cabinet.

As we look back on 2019, with an abundance of big ideas to choose from, which have stuck in our minds? Here, our creative leads from five different markets across the world share the work - both from within our agency and beyond - that stood out for them in 2019.

Gareth Leeding, Group Creative Director, UK
It’s not often a comms strategy around a product launch drives a huge increase in share price. It’s not often dickheads like Piers Morgan get involved, unwittingly providing UK bakery chain Greggs with the rocket fuel it needed to take the campaign to another level. And it’s not often that you think of Greggs as one of the best marketers in the country, but it delivered an idea truly worth talking about for its Vegan Sausage Roll launch. Its iPhone ad parody had more than five million views on social media in the days following launch and it hit the nail on the head tone-wise by making the whole thing a lot of fun. Did you try one? I did and I bloody loved it. All hail Greggs.

One of my favourite campaigns to work on at We Are Social this year was also product-focused; launching a whole new product range during the Rugby World Cup, with Guinness Coffee. Looking for a way to make Guinness a credible part of early morning conversations with kick off times as early as 545am in the UK, We Are Social Sport set up a partnership with  Tiki Tonga Coffee, producing 232 BREW, a non-alcoholic, limited edition blend coffee. It took the Rugby World Cup by storm; was the most commented on post on Guinness Global’s Instagram channel and, even after the tournament, orders have flown in from rugby, coffee, and Guinness fans alike. Read more in our blog post here.

A final notable mention goes to Disney+’s excellent launch Twitter thread, which played to the platforms' strengths and showed that social storytelling doesn’t have to be short.

Ruben Van Eijk, Executive Creative Director, Germany
Asking an audience for input and turning that input into content is nothing new. But Adobe took a fresh new angle on this direction. They challenged college students to create a poster (#MoviePosterMovie) that reflects creativity based on Adobe design functionalities. The reward? That poster was translated into an ad a short film. What’s fresh, new and most noteworthy about this campaign though, is that Adobe showed the balls to let their creative agency fully and freely run with the task “create something that resonates with the target audience”: ad-fatigue and a strong preference for just cool and appealing content. Even in ‘long-form’. And based on this insight they delivered. Here’s the result, an awesome unbranded 11 minute parody on our oh so beloved influencers.

At We Are Social, one of the campaigns in 2019 that I loved working on was for Keller X, a premium high-tech sportswear retailer, in collab with Nike (Women). We launched a female empowerment campaign during the FIFA Women’s World Cup in France. Goal: initiate a female empowerment movement. We created the claim #superherø and an exclusive logo along with it. Keller X deployed its own landing page on which selected products, such as jerseys, for the campaign were available. In addition, we boosted the campaign on Instagram where assets were published to celebrate the superheroines on the pitch by sharing actual results from the tournament.

These assets were accompanied by inspirational quotes from the players. Selected influencers promoted the movement as we shared with them an exclusive set of two jerseys with the campaign logo #superherø. One for themselves, one to forward to whom they consider their superheroine. The receiving and forwarding was recorded and published, giving the campaign extra exposure. And with that giving the female empowerment extra attention with the WWC 2019 being the backdrop. 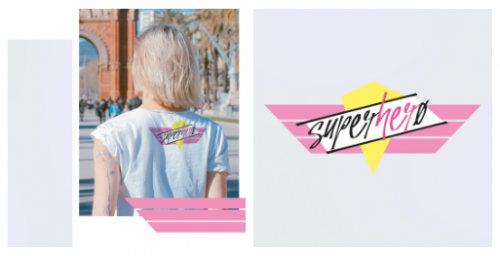 Khlauss Feldhaus, Group Creative Director, North Asia
I love to see hacks that turn unexpected things into a new medium for ideas, bending a technology, reinventing the purpose of a tool, giving further use to something we take for granted. And that’s what Dentsu Webchutney did for Swiggy’s #VoiceOfHunger, using Instagram’s voice note feature to create an ingenious challenge.

And as I was digging for something to share, this just happened; the Aviation’s Gin brilliant response to the Peloton bike shameful commercial. It’s not everyday that you see a brand reacting so fast in such a classy and creative reference.

At We Are Social, the campaign I was most excited to work at in 2019 was the for the gaming PC Acer Predator "Summon Your Strength." We've created an entire universe from the ground up, where an epic Intergalactic battle takes place. The Predator squad is set to fight against gaming's biggest nightmare: hardware overheating. To represent that threat, we've created the "monsters of heat," an evil breed of creatures made of stones and lava. The result came in the exceptional craft of mixed media films integrating live-action and 3D animation. And to let our gaming fans step in their heroes' shoes, or in this case helmets, IG AR lenses extend that campaign's universe.

Casey de Pont and Ryan Engelbert, Creative Directors, US
It’s great when people love our work. But it’s even better when they love our work so much they steal it.

As part of the release of the PUMA RS-X³ Puzzle, we collaborated with two cutting-edge painters synonymous with street-wear and sneaker culture, Hidjiworld and Mcflyy, to create artwork—paired with social content capturing the process—inspired by the RS-X³ Puzzle story. Mcflyy painted an alternative universe being invaded by futuristic high-tech creatures. And Hidji, who’s a member of A$AP Rocky’s creative collective AWGE, produced three abstract paintings featuring the shoe's puzzle colorway. Next, we exhibited Hidji’s art across six bus shelters in the East Village, NYC. Hidji teased the locations on his IG story, which was enough to encourage his fans to take some radical steps to get their hands on the art. Within one day, two of the three pieces were stolen. We Are Social will not be pressing charges. 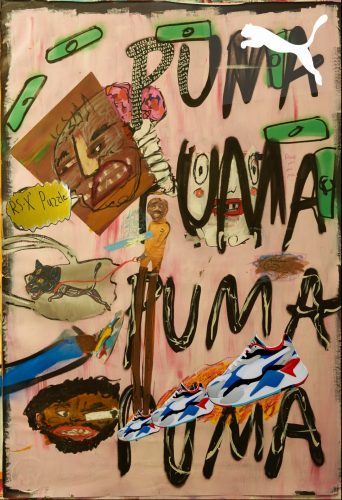 Away from We Are Social, our favorite campaign this year didn’t come from a powerhouse agency adding to their mountain of zeitgeist-shaping, PR-slam-dunk, Cannes-shoe-in ideas. Instead, we want to highlight Eva.Stories. This Instagram handle created by Israeli billionaire, Mati Kochavi, and his daughter, Maya, chronicled the story of a Jewish girl murdered in a concentration camp by imagining she had documented her days with her phone.

This idea was a risk, but one that came with big rewards in the way of raising awareness for a tragedy some have begun to forget. According to a study, two-thirds of American millennials couldn’t identify Auschwitz, and more than a fifth said they hadn’t heard of the Holocaust. Fourteen hours after Eva.Stories launched, the handle had over 100 million visits and the follower count skyrocketed up to 1.7 million. May the stories live on and let the lives of all those affected be remembered forever.

Alessandro Sciarpelletti, Creative Director, Italy
This year I want to highlight campaigns that break through the “fourth wall”. In the world of theatre, the fourth wall is an intangible barrier which separates the lives and interactions of the actors from their spectators. This wall also exists in advertising, dividing a brand's storytelling from the lives of real people. Occasionally, actors in theatre or film break this wall and interact straight through, to the spectator's surprise. Brands can and should do this to create meaningful connections with their audience. So, here are two campaigns that, in my opinion, did it properly this year.

First, from outside our clients, Wendy’s Keeping Fortnite Fresh. “WTF, Is Wendy's playing Fortnite with me?!” was probably the common thought amongst every Fortnite player that day. The first brand playing a video game amongst other real players, with a true sense of understanding of what the audience wanted. Without huge investment in media or production, the campaign became enormously popular.

At We Are Social, we created Ikea #DOITATYOURHOME. We turned the sense of insult against the LGBTQI community, #doitatyourhome, into an inclusivity message. To do it, we used LGBTQI people insulted in real life as protagonists of our campaign. Since real life became our advertising campaign, we managed to break that wall dividing advertising from people. Italians got behind it and helped spread the message, and it resulted in great ROI for Ikea. 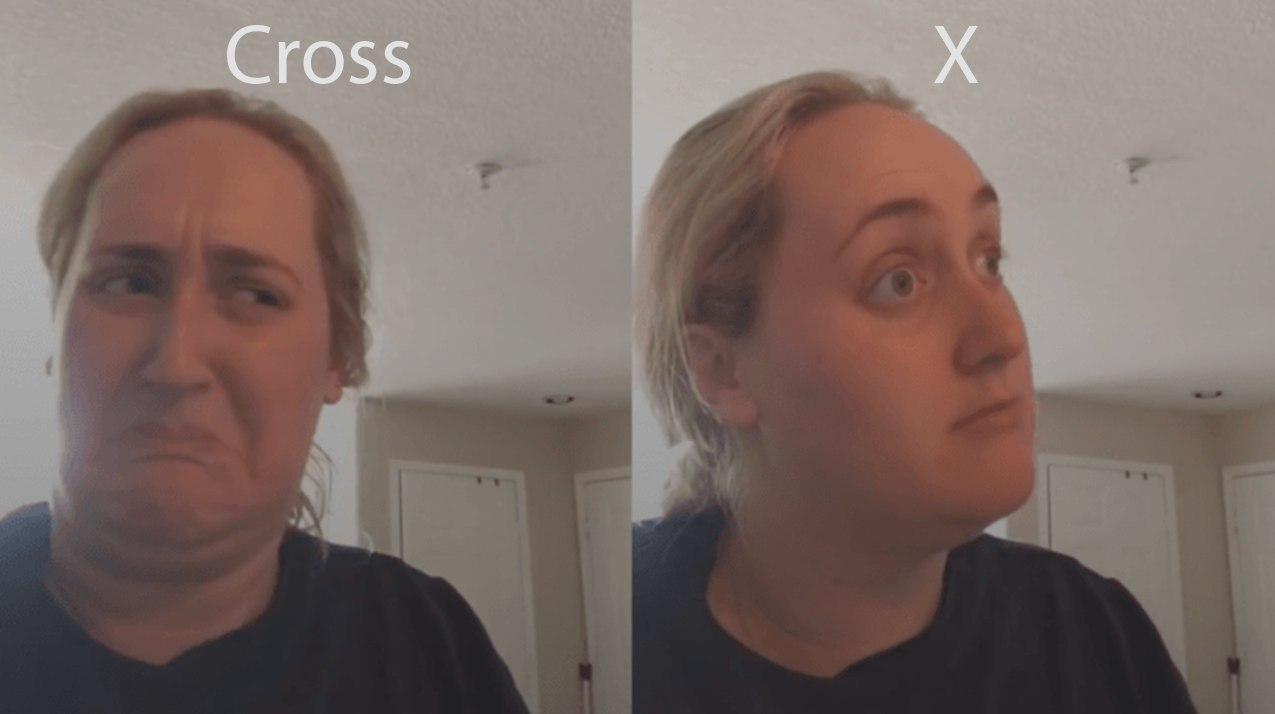 Caroline Calloway hashes out her friendship drama on Instagram, Playstation started a debate over the ‘X’ button, and more.