Awarded at the international Cristals

This week, the Cristal Festival took place in Courchevel, France. An international summit, it celebrates the best work in media and advertising globally, and is one of the most prestigious awards ceremonies held in Europe. 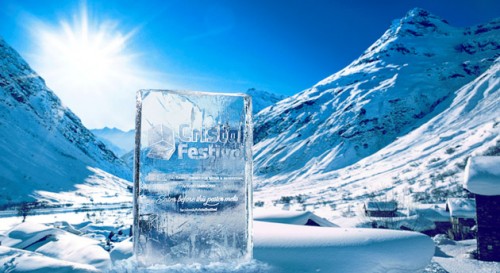 Some of our best work from the last year for clients like Netflix, adidas and Renault was in contention at the awards, with a shortlist of 11 campaigns across Sports Marketing, Digital & Mobile, PR and Branded Content categories. With competition from the likes of Leo Burnett, Saatchi & Saatchi, Iris Worldwide and Isobar, the standard was looking very high.

First up, earlier this week, was the Sports Marketing category. We’d been shortlisted for our two World Cup campaigns for adidas - #allin or nothing, the overall World Cup social strategy, in Best Use of Social Media and Brazuca, our campaign to bring the World Cup ball to life on Twitter, for Best Use of Humour.

We were delighted when Brazuca was awarded a Sapphire (the Cristal’s equivalent of a Silver) - and #allin or nothing picked up a Cristal (a Gold). Not only that, but #allin or nothing was deemed the stand-out campaign within Sports Marketing this year, and was awarded the overall Grand Prix.

Next up were the PR Cristals, where all three of our shortlisted campaigns picked up an award. In Best Use of Social Media, Brazuca picked up its second accolade with a Sapphire, and Netflix’s Spoiler Foiler was awarded the Emerald (a Bronze).

Our Paris office was also successful in the PR category, with an Emerald in Products for Undress New Twingo for Renault.

To close off the week, last night the Digital & Mobile awards were announced. Here, we had four shortlisted campaigns for adidas and Netflix. Our week finished on a high when Spoiler Foiler was awarded both a Silver in Innovative Use of Social & Community and a Gold in Culture & Entertainment.

It’s been a huge week for We Are Social, rounding off an amazing year where we’ve produced our best ever work and made a big impact globally. 2014 is going to be a tough year to beat - but we're looking forward to the challenge.